Larbre Competition look set to run young drivers in the FIA WEC post Le Mans as part of a programme with Corvette racing to evaluate potential future factory drivers as the French team work towards mounting a GTE Pro campaign in the FIA WEC in 2017. 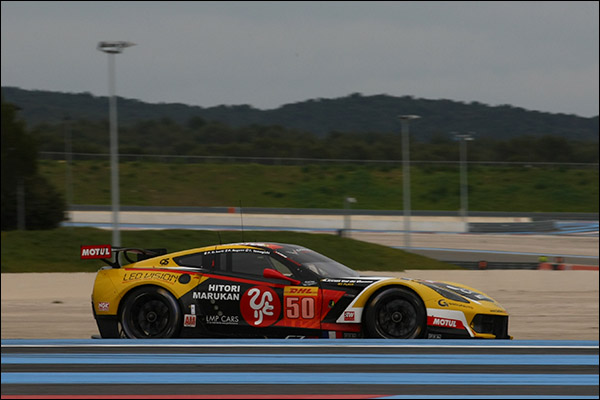 “We are reunited too with Pierre Ragues. He loved his experience with the Viper early in his career, and wanted to relive an American adventure.

“After the 24 Hours, Paolo will probably leave us since Corvette asked us to work and evaluate young drivers for the reconnaissance program it has in place. They noticed their drivers starting to age a bit. We are going to take on this role hoping to be rewarded in 2017 by getting the green light to enter a first Corvette in LM GTE Pro. But that’s another story.

After missing the Prologue last year due to customs issues delaying essential parts for their Corvette C7.R the team suffered further issues in the lead up to the 2016 event as their engines were in the US undertaking revisions ahead of the start of the season.

“As we were unable to get them back in time, we worked with what we had,” said Leconte.

“That greatly reduced our mileage but despite that, we remained on the track the whole day Friday, and we did what we set out to do. There was still a small regret, our Japanese driver, Yutaka Yamagishi – did not get to drive, which we would have liked, due to a little technical problem that caused us to give up the second day.

“We had a big tyre programme to get through. Michelin is developing tyres for rear engines for Porsche, for central engines for Ferrari and for us who are the only ones with the front engine since Aston Martin switched to Dunlop.

“We have reviewed all the types of rubber including super soft, and that is the reason we were able to easily clock the best times during the first day. Our data shows we are working in the right direction.”