The very small number of cars entered this season in FFSA GT is a big disappointment, but may be not a surprise. Its first season took place in 1997, with an average number of 22 cars per race. It improved quickly to peak at an average 47 cars per race in 2001, with a maximum of 53 cars at Monza that year, repeated at Nogaro for the opening of the season two years later. But since then, the entry has been regularly shrinking, as you can see in this graphic (above).

Each year was by no means any worse than the year before, but after each improvement, the entry was continued to fall back. FFSA GT was opened to GT1, in its last iteration, until 2009. Moving to GT3 only in 2010 made the entry to increase by an average of five cars per race, but it lasted only a year. The replacement of SRO by Oreca to manage the French GT championship had no effect on the fall, except in 2013, despite the real efforts of the company managed by Hughes de Chaunac, that brought live broadcast of the races on Eurosport and on demand video replays (on dailymotion, and now on youtube). The contract between the FFSA and Oreca is set to continue until the end of this season.

The introduction of the LMP3 class, announced last year, 2016 looked to be promising at first as LMP3 is a huge success in the ELMS. But Duqueine Engineering was the only customer for the French championship… Is the biggest fall from one year to another, with nine fewer cars than in 2015, due to P3s or too many series with GT3s existing in Europe?

The three faithful teams are Sport Garage, Duqueine Engineering and StratégiC. No new teams have arrived, Oak Racing having entered two Ligiers (cars built by Onroak) for the opening round only. Sport Garage is now named Classic & Modern Racing by Sport Garage after Charles-Antoine Bourachot bought Christian Petit’s team. Duqueine Engineering still enters three cars, but has replaced two of its Ferraris with Ligiers. And StratégiC has replaced its Porsche 911 GT3-R with a Ferrari 458 Italia GT3.

Sunday’s race was two hours long. Duqueine (#35) started from the pole, but he couldn’t fend off to Dégremont (#31), Simonet (#36) and Haezebrouck (#32). Dégremont built a 30-second gap on Simonet, while Duqueine spun before the opening of the pit window. After the first driver change, the #31 still led, now with Samon at the wheel, but Sancinena closed the gap and managed to take the lead 1h10′ after the start, a few minutes before the red flag. 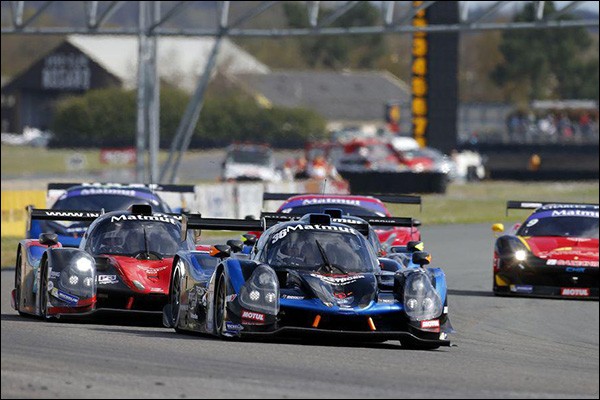 After the restart, Panciatici overtook Dumez, who still leads at the cumulated time until the checkered flag, giving to Duqueine Engineering the first win in the new French prototype championship.

In GT, Tardif (#9) kept the lead at the start, ahead of Misslin (#17) and Hamon (#5). Debs (#7) started from the pit-lane while the Ferrari #30 wasn’t able to race. There was then a close battle between Tardif and Misslin, until the latter was able to take the lead. But he later missed the entrance of the pit-lane, drove for a few meters on the grass, rejoining the track and driving on the other way around towards the entrance of the pit-lane! Of course, there wasn’t too much traffic on the track, but he was still rightly handed a fine.

After the first driver change, Pasquali (#9) led Bottemanne (Christian, #5), Mouez (#7), while the other Bottemanne (Sacha, #17) tried to make up for lost time. 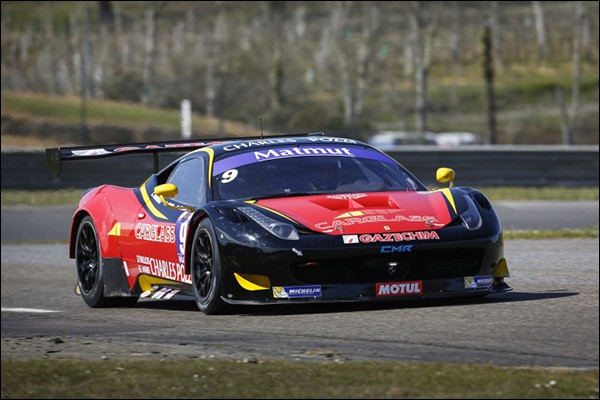 Christian Bottemanne managed to take the lead, while Sacha had to stop because of a braking problem. Back in the race, he fought too hard with Mouez, running side by side with him and then being flung head-on into a concrete wall. It was a huge incident, but thankfully, the Ferrari is a strong car and he was able to go out of the car by himself, by climbing through the windscreen. Of course, with the destroyed 458 Italia and a lot of debris on the track, the race was stopped.

The race restarted without the leading Ferrari, which stopped with a leak after running over debris. Ayari leads ahead of Loger until the checkered flag.

Monday’s race was an hour and a half long. Panciatici (#35) took the lead, followed by Gommendy (#31) and Beltoise (#32). Having run on oil, Panciatici went through the gravel and had to retire because of a gearbox problem. 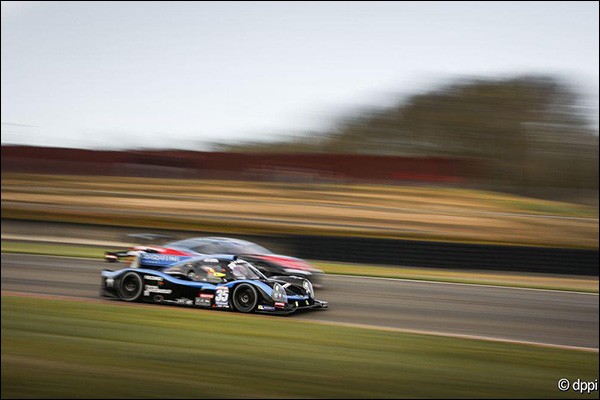 Then Gommendy led Beltoise and Dumez (#36). After 20 minutes of racing, the three Ligiers were just three seconds apart. Beltoise put pressure on Gommendy, without being able to overtake him.

After the first driver change, Samon (#31) emerged ahead of Sancinena (#36) and Borga (#32), the latter received a stop & go for the pit-stop being to short. Sancinéna overtook Samon in the middle of the race. Borg reduced the gap to Samon to six seconds before the second driver change. When the second window closed, Simonet (#36) was ahead of Dégremont (#31) and Haezebrouck (#32) until the checkered flag. Sancinéna, Simonet, Dumez and Duqueine Engineering took their second straight win of the meeting.

In GT, Ayari (#9) kept the lead at the start, ahead of Martins (#5), Santamato (#30) and Mouez (#7). Martins had to retire after only five laps after an engine failure. Due to time handicaps, Lamic (#30) was able to take the lead at the first driver change, before losing it it after a penalty for a pit stop infringement. 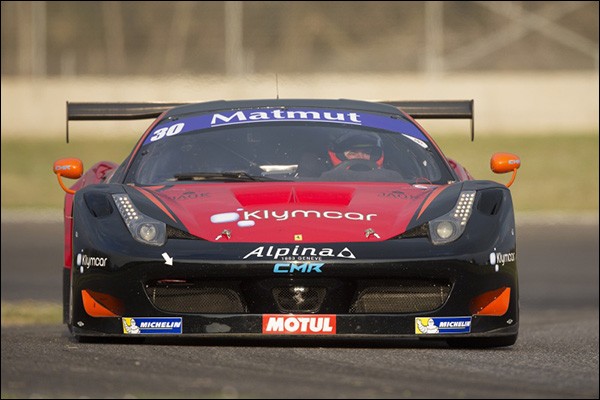 Lamic went back in the race just a few tenths behind Tardif (#9). He managed to take back the lead just before the second driver change. For the last third of the race, Brandela (#30) leads Pasquali (#9). Pasquali is a strong leader and managed to keep the lead until the checkered flag. CMR by Sport Garage therefore also took its second straight win of the meeting.

The next GT Tour meeting should… or could take place at Lédenon, on june 4th & 5th, the same week-end as the Le Mans Test Day.