As the fourth hour of the WEC 6 Hours of Silverstone opened, Treluyer in the leading #7 Audi was fending off an attacking Marc Lieb in the #2 Porsche. The demise of the sister Audi and Porsche cars at the start of the third hour meant Nakajima and Sarrazin Toyota held third and fourth for Toyota, nearly a lap adrift.

In LMP2, a determined Rene Rast recovered to the class lead after a brief fuel-pump problem for the #26 G-Drive Oreca. The Audi factory ace set the class’ fastest lap of the race thus far as he continued to push, extending the gap to second-place Watts in the Strakka Gibson to over 12 seconds, with Senna in the RGR Ligier another four or so seconds back in third.

GTE Pro continued to be controlled by the #71 Ferrari, with Rigon back behind the wheel after a stint by Bird. Sorensen in the #95 Aston was a distant second, with WEC debutant Billy Johnson now aboard the third-place #66 Ford. In GTE Am, the #83 AF Corse Ferrari was temporarily in the lead with Collard at the wheel, while the former 1-2 Proton Porsche pairing were now 2-3, with Camathias driving the #78 and Heinemeier Hansson in the #88. 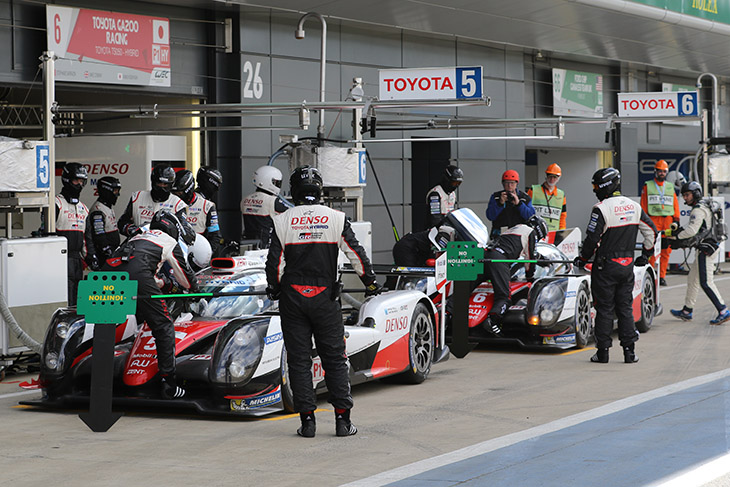 Toyota then became the third LMP1 manufacturer to suffer drama as the right-rear tyre of Nakajima’s #5 TS050 exploded on the Wellinton Straight, dropping a trail of debris around Luffield and Woodcote before having to pull off. The sheer amount of debris on the circuit prompted race control to deploy the safety car to allow an army of marshals to pick up the numerous shards of bodywork left on the circuit.

The safety car came in on lap 105, with two-and-a-half hours of racing remaining. All previous gaps had now been neutralised, so the battle for the lead was on between Treluyer and Dumas in LMP1. A similar situation in LMP2 was averted by the G-Drive car pitting so Rast could hand over to Berthon, who emerged about 12 seconds in arrears. Stephane Richelmi held third in class on the restart in the #36 Signatech Alpine.

During the fourth hour, the #8 Audi was confirmed as a retirement due to hybrid system failure, joining the Hartley and Wainwright Porsches on the casualty list. As Dumas in the sole remaining Porsche appeared to be keeping his powder dry rather than challenging Treluyer hard for the lead, he turned in on Franchitti’s Ford and was tipped into a half-spin at Vale, losing him 10 or so seconds in the process. 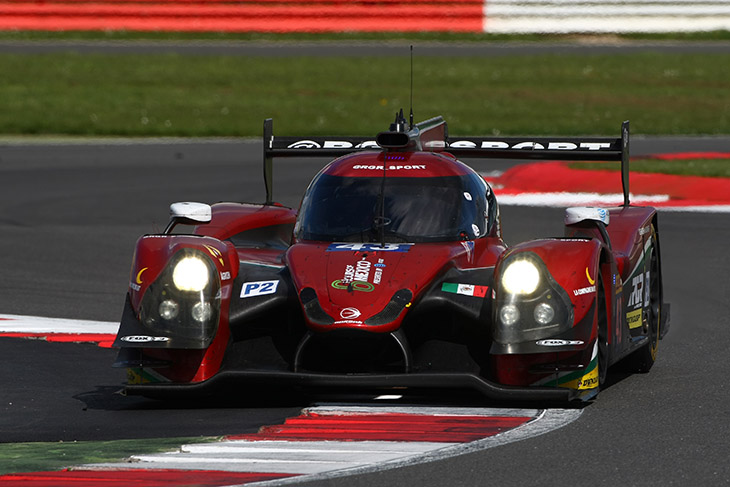 In LMP2, Senna had gapped Berthon in the G-Drive, making the difference 24 seconds at the top of the fifth hour. Bird’s advantage in GTE Pro stood at over a lap, but Sorensen’s second place for Aston Martin was under threat from a charging James Calado in the #51 AF Corse Ferrari. Having started at the back of the grid and served a three-minute penalty for an engine change, the new 488 was now demonstrating prodigious pace in climbing back up the order. 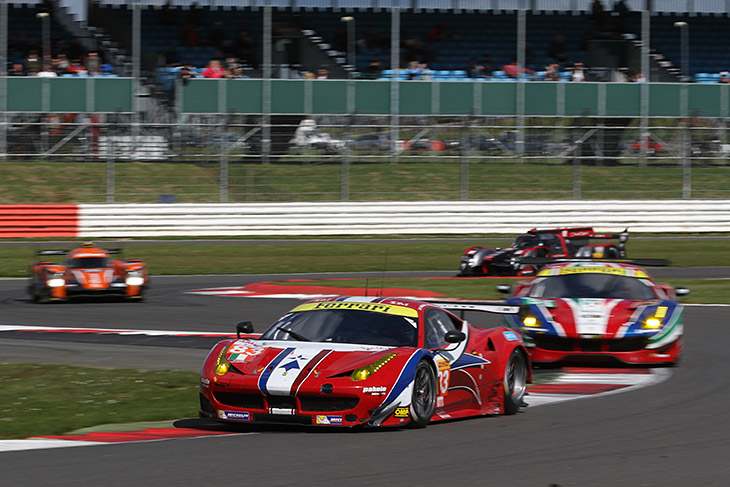 GTE Am had gradually gone the way of the #83 AF Corse Ferrari, currently with Rui Aguas at the wheel. A very consistent run saw the two Proton Porsches holding second and third, with Henzler now driving the #78 and Heinemeier Hansson still at the wheel of the #88.

By the end of the fifth hour, the race had settled down considerably, with Audi ahead of Porsche at the front (but still needing to make a stop), RGR leading LMP2 with Albequerque at the wheel and Ferrari still in control of both GTE classes with the #71 and #83 cars respectively.