DSC actually caught up with Audi Sport Customer Racing boss Chris Reinke at the Nurburgring 24 hours – today’s confirmation of the 200th Audi R8 LMS delivery is the ideal moment to dust off the notebook and hear from the new man at the head of Audi’s customer racing arm on progress, and future plans.

Chris, after the LMP1 programme (where Reinke was the head of programme) how have you found the new job?

“We’ve had a very busy and very exciting past few months building, delivering, and helping racing a very large number of new customer cars. Exactly what customer sport racing is supposed to be about.

“It’s good too to have teams operating at several levels, from the pure amateurs, the private teams with ambitions to progress in the sport and then, of course, the cars that are able to fight for the big wins with some support from the centre.”

And where are we in terms of numbers now for the new car?

“Well in terms of the combined total of the old and new model R8 LMS we are now focused on the 200th car.

“We built 137 of the older car we have around 60 new car built or ordered and we can now add another three cars that have been ordered here (at the Nurburgring 24 Hours). We now then have a date for delivery of our 200th Audi R8 LMS (announced today!). 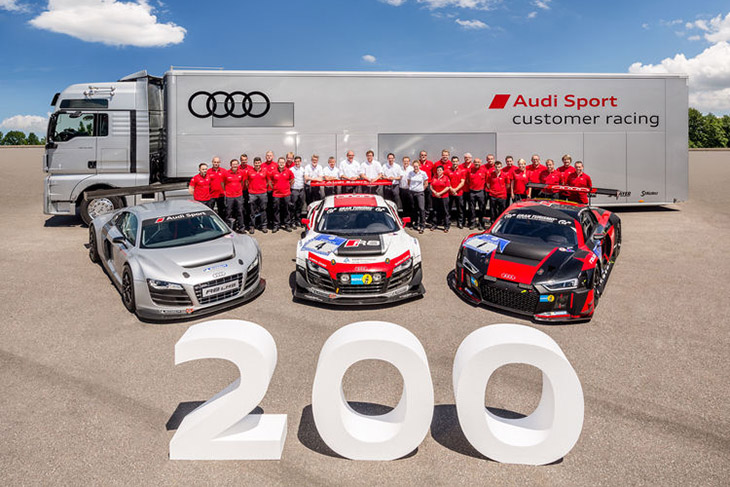 “Amongst that total there is a good mix of new customers to GT3, customers moving to Audi from other GT3 manufacturers and, of course, a number of Audi customers upgrading from older cars.

“In terms of geographic split we lost a few customers in North America but we have done well in Europe – There’s give and take in the market, but all that has to be weighed against a continued growth in the overall GT3 market.

“We have a well-priced car with incredibly efficient running costs, a small rebuild after 10,000 km, a bigger one at 20,000kms.  We have seen customers run a single engine for more than a season, more than 50,000 kms without a problem”

Any plans for an expansion of TT Cup.

“We are evaluating the full product portfolio for customer cars at the moment. We have a very successful R8 ‘Cup’ in Asia, a successful TT Cup in Germany, there are a lot of possibilities as we move forward for expansion of TT Cup, a future replacement for the car, all sorts of possibilities. 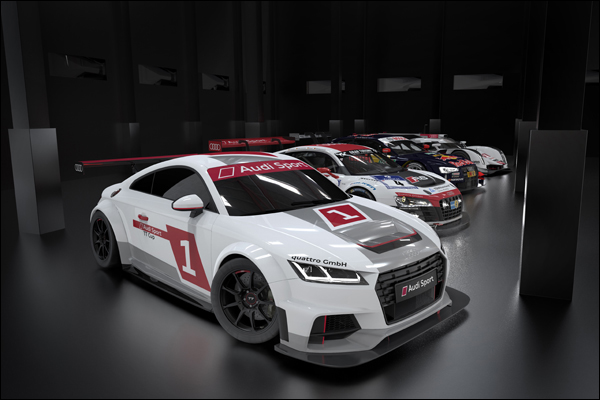 “For the moment though we are in a good position, it’s a successful format and is attracting a good audience for the races, and of course then for Audi!  It’s great to see the fans watching the racing, really paying attention to it.”

We know that you were evaluating the potential for a TT in GT4 spec, how is that progressing?

“A green light for a GT4 (based on the TT) car is a little way off – we have done some evaluation but it is not the car I expect us to be delivering as the next new customer product.

“In terms of a next project I would expect a TCR spec Touring Car (based on the Audi A3) to be the next new product to be signed off (the VAG ‘sister’ company’s VW Golf TCR is shown below). 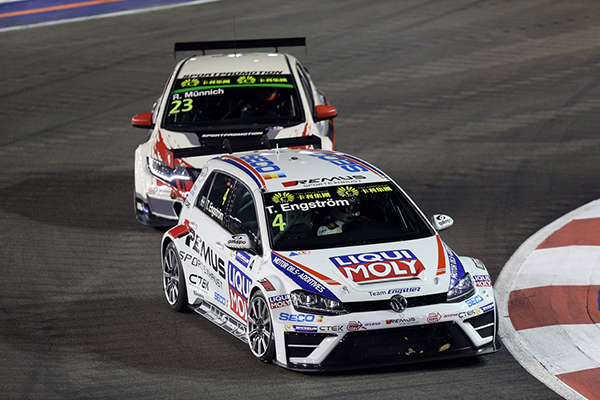 “One factor that attracted me to take on the Customer Racing brief was that I could see there was potential growth in this category.  I’m pretty motivated to see what can be done to push that along.

“TCR has good cost control, worldwide reach, something which is very important to us.

“That though needs some real thought and planning on distribution, promotion and, most importantly, product support.  I expect a decision to move forward (or not) in the next 8 weeks (by the end of July).”