Webber thought wasn’t done yet and took the #1 Porsche into the 1:40s (1:40.997, 14 thousandths faster than Lotterer’s mark) just as first yellow flags, then a Full Course Yellow interrupted proceedings for the #2 Porsche, just out of the pits in the hands of Romain Dumas, stopped at Turn 1 after the Porsche hit the barriers, the car suffering some damage after the front left brake disc exploded! 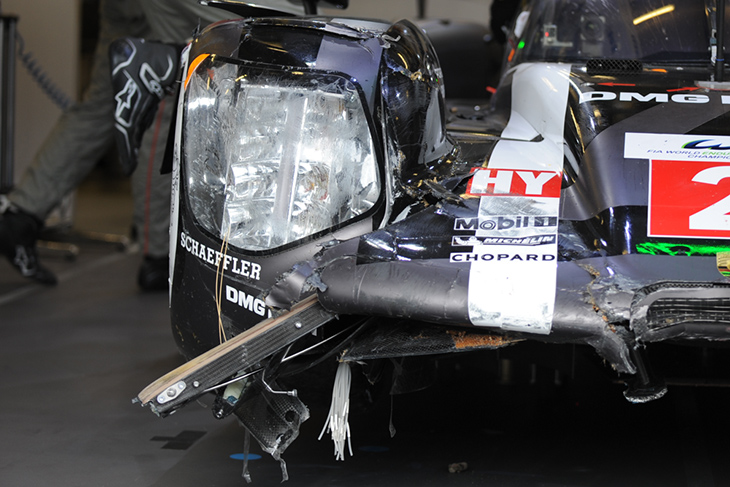 A short, sharp, and highly localised shower in one section of the track with 35 minutes remaining meant that further improvements weren’t possible.

It was again the #13 Rebellion that led the LMP1 Privateer order (1:46.790), though the ByKolles split the Rebellions in the session.

Stephane Richelmi was immediately up to speed in the repaired #36 Signatech Alpine, a 1:50.8, then a 1:50.537 in early running relegated Alex Brundle to second fastest with Strakka new boy Lewis Williamson a fine third in the first 15 minutes.

With the halfway point in the session approaching Matt Howson put the #44 Manor Oreca third, a tenth off Richelmi’s best but that soon became fourth as Roberto Mehri put the sister #45 Manor car second fastest, a quarter of a second off Williamson’s mark.

Into the final half hour and Rene Rast banged in a lap that was more than a little bit special, 1:48.965 put more than a second on the field. 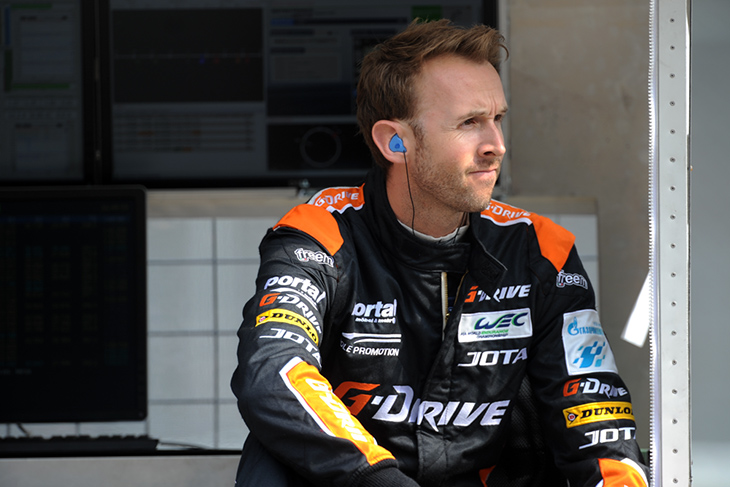 Mucke, Bruni and Sorensen were all into the 1:57s early on in GTE Pro, but Gimmi Bruni’s 1:57.106 put half a second on the best of the rest as the 20 minute mark approached.

The Italian star extended his advantage soon afterwards, first GT car into the 1:56s (1:56.982) with Richie Stanaway putting the #97 Aston Martin second fastest, a quarter of a second back, improving further next time around to a 1:56.908 to lead the session. 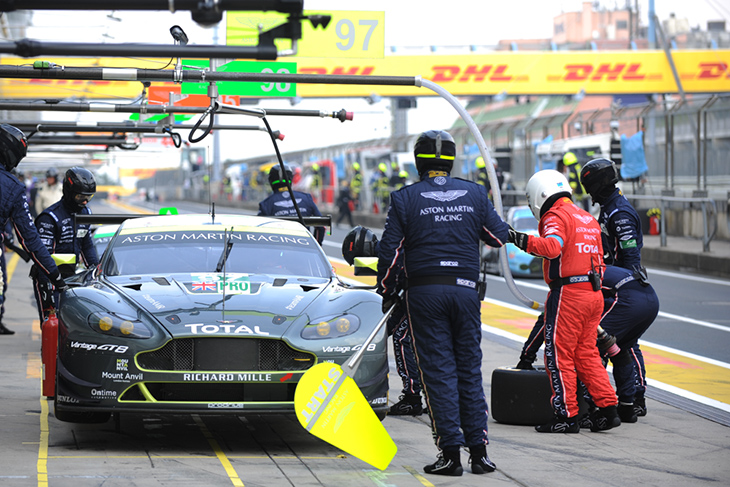 Pedro Lamy dominated the early running in GTE Am, under 2 minutes within 20 minutes of the session starting (1:59.875) with first Pat Long (#88 Abu Dhabi Proton Porsche) and then Paolo Ruberti (#50 Larbre Corvette) pushing hard.

Adam Carroll popped up ahead of Long, third fastest in the #86 Gulf UK Porsche just as Ruberti found more time and topped the order (1:59.642) A further improvement from Long put the Porsche man fastest but Ruberti went faster too on the same lap (1:59.323) to regain an advantage. 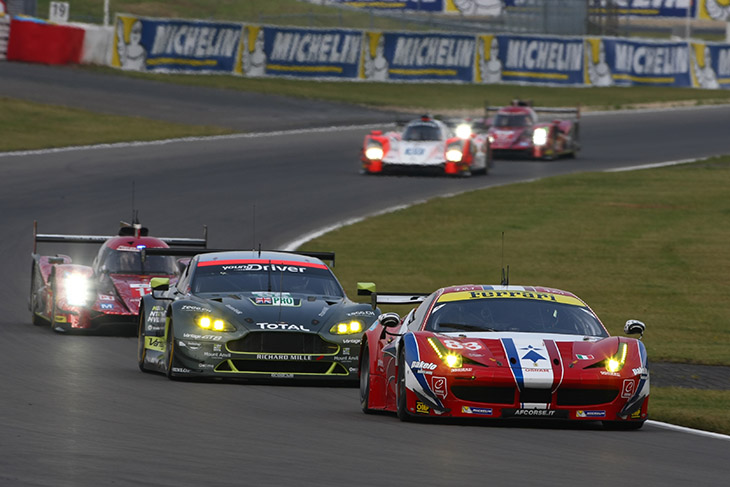 There was trouble potentially looming though for Pedro Lamy and/ or David Cheng, a clash between the #98 Aston and the #35 Alpine saw the pair summoned for tea and cakes (with no tea, and no cakes) in Race Control immediately after the session.