Mat Fernandez brings us news that, not for the first time, ex GP2 race winner and three time World Touring Car Champion José María “Pechito” López has been linked with a possible move to sportscar racing.

Lopez is already confirmed as a full season driver for DS Virgin racing in the 2016/17 Formula E Championship but a media report in his native Argentina again links him with a potential LMP outing at the Le Mans 24 Hours.

A story in Argentinian broadsheet ‘La Nacion’ entitled “Pechito Lopez, ready for the new challenge in Formula E and for fulfilling his dream of the 24 hours of Le Mans” contains some interesting exchanges between the interviewer and Lopez: 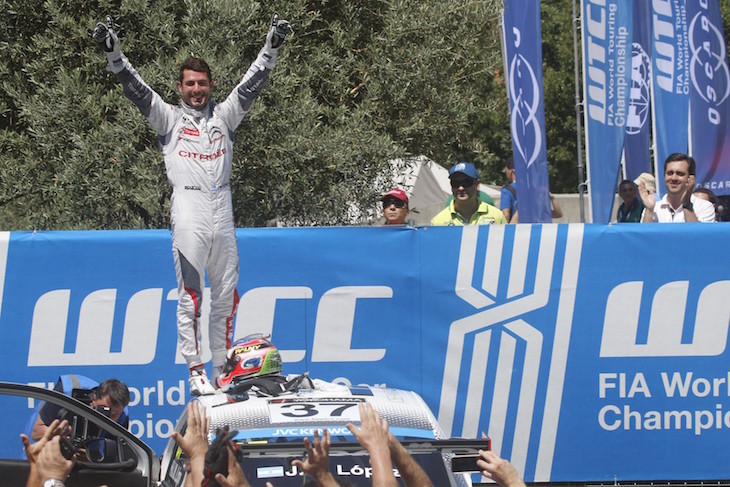 The announcement of a third car by Toyota for the 24 Hours of Le Mans allows you to dream? (let’s leave aside the fact that Toyota haven’t announced a third car – yet!- DSC)

“Running 24 Hours of Le Mans is my dream. A team like Toyota putting a third car opens more doors. I would compete with drivers who are used to driving in Endurance racing. That would also bring me closer to meeting that goal I set three years ago when I came running to Europe.”

Up until now, Lopez was known (and had confessed) to be looking for a drive in LMP2, especially for Le Mans 2016 edition (Citroen allowed him contractually to do so).

He was also rumoured to have tested a Toyota LMP1… something he never denied nor confirmed (due also to his contractual ties with Citroen). We believe this is the first time he has publicly expressed clear interest in a Toyota drive.