Mark Webber sat down with a select group of media on Friday evening  at Fuji for what turned out to be a very frank discussion about his post F1 career with Porsche, and the reasons for his retirement from racing at the end of the 2016 FIA WEC season, announced on Friday.

It seems strange in a WEC context that you’ve called time on your career at a time when you are driving better than ever?

Probably, last year I was also driving well but it’s good to stop when you are like that.  I don’t want to find out that I’m being a bit of a third wheel so it’s been a brilliant experience for the last two years and pretty much in the first year I thought “OK, how long will I do this for, probably I’ll just do the three years. I was happy to have driven the fastest cars in the world with F1 and then the Porsche 919. I know how fortunate I’ve been with that but there’s a few things, there’s less tyres next year, less aero, less fuel, there’s more and more things coming. I’ve had my time and I’ve enjoyed it.

The hardest part of the decision was probably the relationship I had with Timo and Brendon this is clearly exceptional.

Beyond that I’m in one piece, touch wood!

I pretty much told the team in Spa, the decision was pretty much made, not 100% but told them there could be a different change at the end of the year. There was nothing fixed until the last few months.

I had an interesting chat to Niki Lauda in Bahrain during the F1 meeting and he was very open just about life and how it all goes along and to make sure it happens on your own terms. I’ve had brilliant counsel from him and Sir Jackie (Stewart).  It’s a big decision and you have to make that for yourself.

The Brazil crash (at Interlagos in 2014) was horrible for my wife, that was a really, really hard moment for her and my Mum is not enjoying my racing any more at all.  It’s a very selfish profession that we have so I have factored in, 5% here, 5% there and sometimes I have been in the car in the last, while and have said (to myself) “Why am I in the car?”

When you ask yourself that question then it’s time to stop.

Which was the more difficult call, to retire from F1 or this programme?

“It’s pretty similar really, it’s a big call because I had offers to drive for other teams in F1 and it was pretty open to stay here with Porsche but in the end to get out of the car after competing for the last time will be a very big thing.

You’ve mentioned your motivation levels for some aspects of the programme, you’ve mentioned energy levels and here you’ve been very open about family factors – was there one tipping point.

Brazil was… I was very lucky in Brazil, very lucky. It was a gi-normous impact, it was also the longest time for me ever to recover from a crash so that was an eduction to say the least and then you see Brendon at Silverstone. That’s part of racing and they will always be there these kind of guys (believed to be a reference to amateur drivers) but you don’t have to subscribe to it. 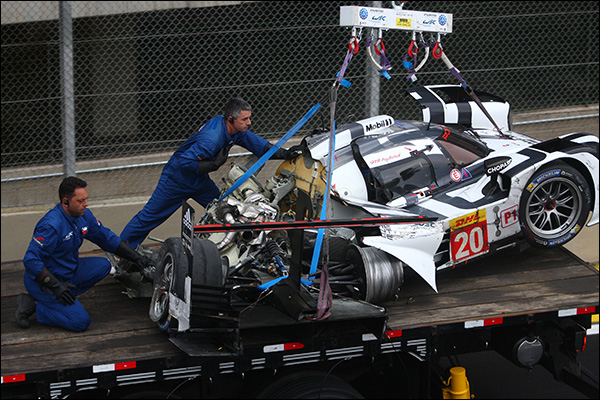 It’s just that on race weekends you wake up a bit more often and think you might want to be somewhere else.

You now have an end date, and three race meetings to go, is that a motivating factor?

“Not really, I want to win the last three races and… do I really want to go to Shanghai?  Probably not (Join the queue!)

But we’ll be there and we’ll try to win the race. That’s what I’m going to do and in the future I have a choice.

Do you have any regrets about not winning Le Mans?

Not really, this year was clarification to me that I did everything that I could. I was pretty much the fastest guy for Porsche. I did what I could do, the way I look at it is that I could do the race for five more years and anything can happen. You could have a technical, or a team-mate might have an issue. You would never go to a team-mate who has had a crash and say “Mate what were you doing?” because it could be any of us. That’s the race, back markers, weather. 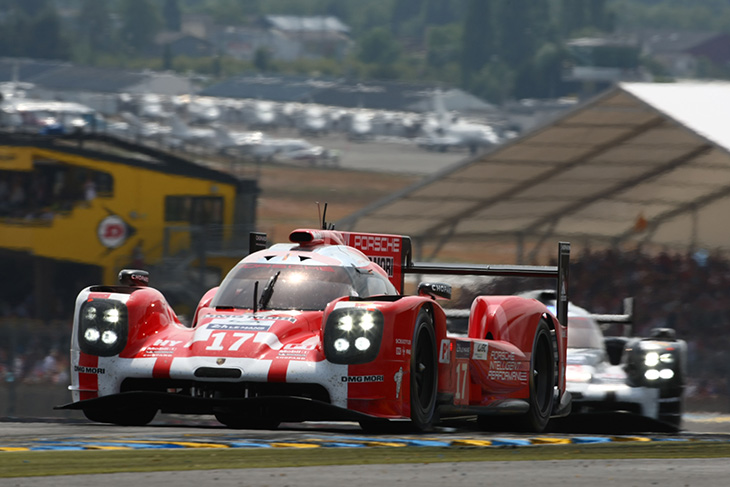 If I didn’t have my Formula One results it might be a bit different, I have a different… but I’m comfortable about what I did with Porsche, what I did collectively with everything. Honestly part of me has won Le Mans because I know that I helped develop the car and they’ve been on the step next to me.

You made a speech to the pit crew and the team on Thursday evening, how difficult was it to keep a secret from the team members?

“I’ve been keeping it a secret since May so it was not a problem for me to keep it to myself.

The mechanics were great. It was very important for me to tell all of them how I felt about the decision, why I had come to the decision and what it has been like to work with them.

It was quite a touching 15 minutes with the crew, a really nice and special moment for all of us to have that time together and then of course they had to wait, not go on to Twitter or anything because we announced it an hour later.

Any interest in competing in the Bathurst 1000km?

No, I think it’s very specific cars.  I grew up with formula racing, that came from my dad who always said that the best drivers are in single seaters. His heroes were Jack Brabham, Jimmy Clark and Jackie Stewart. Dad would hitch hike for three hours to watch these guys race.

He ingrained that into me, if you want to be a racing driver, and an accurate one, then single seaters is where it was, so then I had, and have, no real urge to do a different category on the way out because I already have all these memories, Driving Adrian’s (Newey) car at Suzuka, driving Adrian’s car at Silverstone.  I have that movie in my head forever, what that was like. so to drive a 1500 kilo touring car I think would be a pretty disappointing experience! (Mark also counted out any prospect of racing in a GT Porsche at the Bathurst 12 Hours)

Is there anything else that might tempt you to do a one-off?

It would need to be extremely different. Dakar has been mentioned a little, I’ve had a lot of chats to Carlos (Sainz) Sr about that. I think track racing is pretty much done.

Dakar is completely unlikely, Romain wants me to go to Pikes Peak, I said “Romain, why would I do it? I’ll come and watch it’s great!” 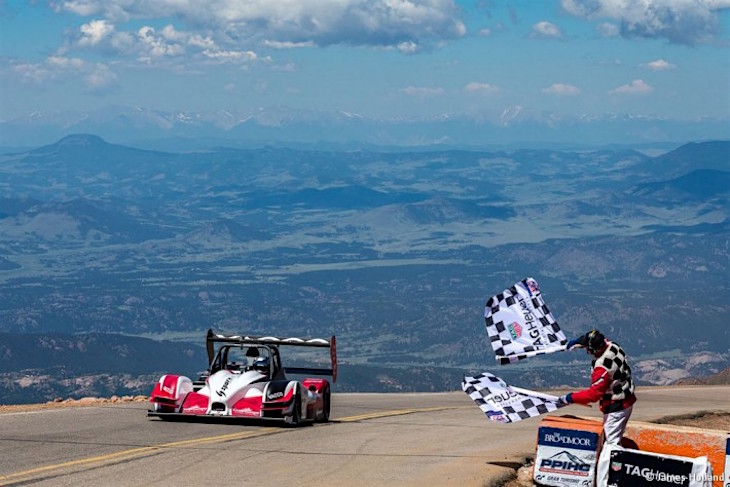 Do you think your relationship with Le Mans was coloured by what happened in 1999?

A little bit, that was obviously one of the hardest points in my career to get over and I just didn’t love the whole two week experience stuff to be honest.  Every year going 10 days before the race was like…! God lets just get the race going.  Maybe the race just didn’t love me but… it’s an incredible event.

Any thought of another edition of your book to finish the story?

No! It was a bloody nightmare writing the book.  I’ll never do a book again.

On the Le Mans front, I’ll go there with my mates, but to drive there, with the speed differences, and next year with the P2 cars coming closer to P1, I’ll maybe just watch it on TV!

On Australians (and Kiwis) in European and global motorsport.

It’s a big commitment and the stopwatch is only a small part of the test.  The off track and cultural shift is what the Australian and Kiwi drivers have to learn to deal with and you need a good companion with you.  I was lucky with Ann, Brendon has Sarah and we’ve seen many, many times that it is companions that support them through that window and that is interesting to see that.

Most observers would say that you have been a good ambassador for the FIA WEC.  Coming towards the end of that part of the story what is your assessment of the progress here?

We can still do a lot more on the TV side, no question about it, a lot more people need to have access to viewing the races.  We’ve had some pretty special races in the last 12 months.

Le Mans is the big one, we ll know that so the problem is to get the other eight races the intensity and the following.

The distance of the races, it’s hard to get people to subscribe and commit to watching that, but if you can get people to watch Novak Djokovic and Federer for 4-5 hours, and they do, it’s about understanding what really works in terms of duration.

The model in terms of the racing is not a million miles off, how close all the LMP1 cars are with all the different ways of skinning the cat is incredible.

They definitely need to up the level of the amateur drivers, I think the threshold of licensing there is too easy.

Expanding the understanding and the love of what we do beyond Le Mans, where it is understood, and loved, to the rest of the races where its not as loved, that’s our challenge.