Zakspeed saw major success in the Nurburgring 24 Hours at the turn of the 21st century, taking three wins in four years between 1999 and 2002, the big V10 GTs were all but unbeatable.

After that though things were made rather tougher for Peter Zakowski and co, initially with fuel load restrictions and then later with engine capacity restricted to a maximum of 6.2 litres (the Viper GTS-R has an 8 litre V10!)

As is often the case though smart people make the rules, and sometimes smarter people find ways around them. And Zakspeed spent years looking for ways to keep their Vipers in the mix, this in an era where the big german factory teams were getting interested in the N24, initially campaigning endurance versions of their DTM weapons in the years before GT3 was a ‘thing’!

2003 saw Zakspeed try two separate plans in the wake of a rule that restricted the “Chrysler Viper” to 90 litres per fuel stop.

The first was perhaps one of the most ingenious, and potentially terrifying, innovations in the modern era, a quick change fuel tank!

As Johannes Gauglica reported at the time for DSC:

To save time during the many fuel stops (due to the restriction in fuel load for the Viper only!), the Zakspeed engineers came up with the quick-change fuel tank. All the regulations said about refuelling was that fuel must be procured from the pumps on pit lane. they did not say where it then had to go. Zakspeed’s plan was to lift the empty fuel tank clean out of the car at each stop, and replace it with another, already full tank.

The Viper’s complete rear bodywork swings open; the empty fuel tank is lifted out of the chassis by two handles; and another, pre-filled fuel tank is put into its place. 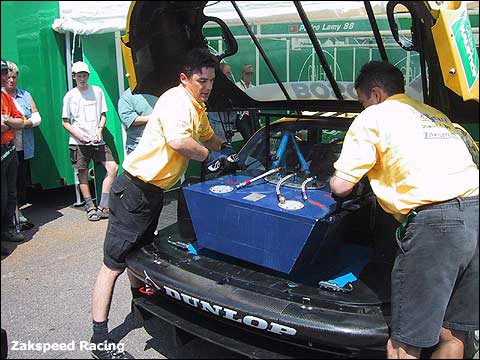 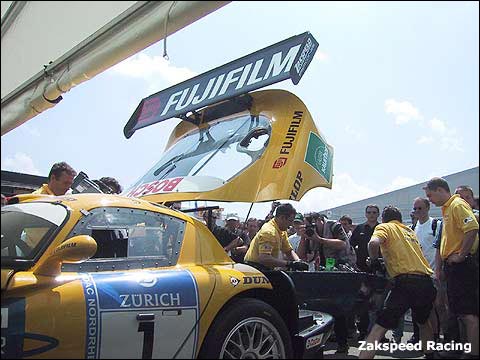 The little demonstration they put on in the paddock certainly left the spectators impressed; up swings the rear end, out goes one tank, in goes another, all done and dusted in 20 seconds flat. “With a full replacement tank, it takes us two seconds longer.” 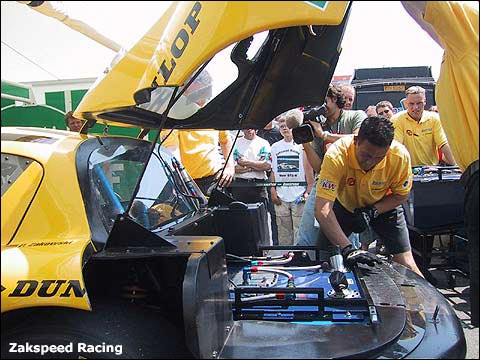 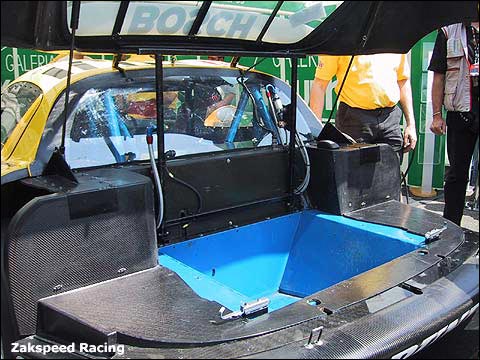 No matter, there was another plan in place for the other car, Zakspeed having noted that the restriction on fuel load very specifically applied to a “Chrysler Viper” decided to enter the car, with correct homologation papers, as a “Dodge Viper”, the car clearing scrutineering with a 120 litre tank (the same as all of the other front-running cars).

In the race though things started to swing against Zakowski and co. as officials seemed to realise rather late in the day that the intention of their rules – effectively to reel in the Viper – had been bypassed.

As Johannes reported at the time:

During the race itself, the Viper frequently took on more than the 90l allocated for “Chrysler” Vipers – up to 111.33l, as the official bulletin stated with typical German accuracy. It seems to have been only then that the officials finally came to the decision that the car was in fact still a Chrysler, and the team was breaking the rules.

The car was held in the pits for 5 laps, or roughly 45 minutes, early on in the race; the team, with drivers Pedro Lamy, Walter Lechner, jr., and Peter Zakowski himself, fought its way back up the order, and into the top three. 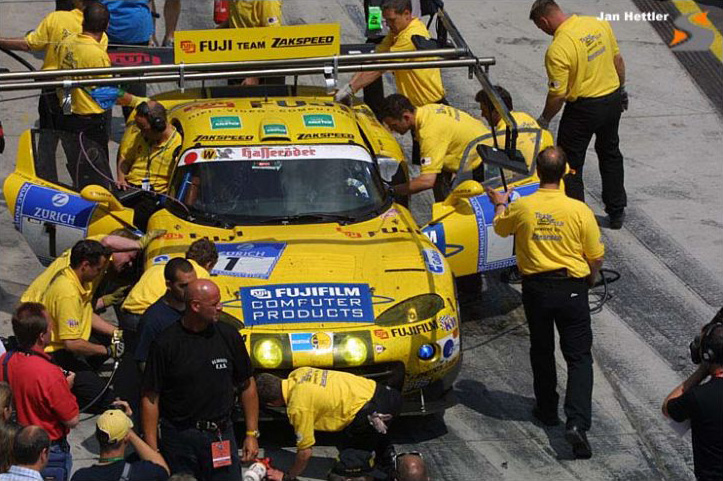 The car was then penalised again on Sunday morning, this time a time penalty of 45 minutes, or roughly 5 laps. At the flag, the car was 9 laps back on the winning works Opel, and classified in fifth place overall.

Effectively the new rule, and the penalties applied, had cost the Viper the win, or at the very least an even chance at the win!

Peter Zakowski argued that even a Dodge that started its life, and won a number of races, as a Chrysler was a Dodge if homologated as such.

He also claimed the organisers offered him a “plea bargain” of sorts prior to the event, the car would only be given a stop & go penalty if he consented to not take on more than 90l of fuel per stop. He says he turned this deal down because his car was in compliance with the ADAC regulations.

The ADAC on the other hand maintained that even a Chrysler re-homologated as a Dodge was still a Chrysler. Also, one of the reasons given for the initial penalties during the race was that Dodge is not among the manufacturers found in the list of FIA homologated cars (there, the car is listed as a “Chrysler Dodge Viper”).

Strangely, this was not a requirement for vehicle eligibility under the ADAC rules!

The car was later removed from the race results entirely, an altogether hugely unsatisfactory situation that left a very bitter taste in the mouth.

Fast forward two years and that itch was about to be scratched again!

By now the Viper had effectively been excluded from the N24 race entry with a new rule mandating a maximum engine size of 6200cc.

Or had it? The Zakspeed Brains trust had (another!) plan, by removing the rods, pistons, valves/ springs and rocker arms and plugging the lifter bores of the front two cylinders the engines were effectively converted to 6.2 litre V8s putting out c.600 bhp. 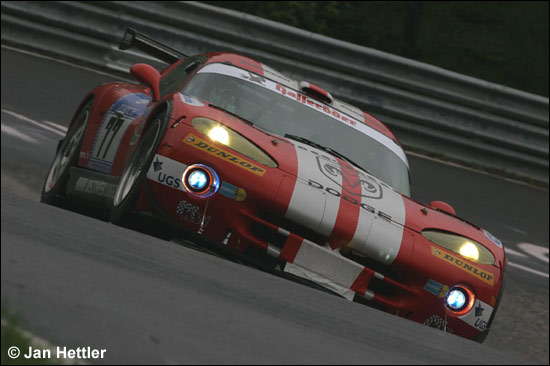 “The rules state that we must use the original cylinder block, but it does say we have to use all ten cylinders.”

The team entered two cars, and the #77 car (Peter Zakowski, Sascha Bert and Robert Lechner) won the A8 class and finished on the overall podium in third! 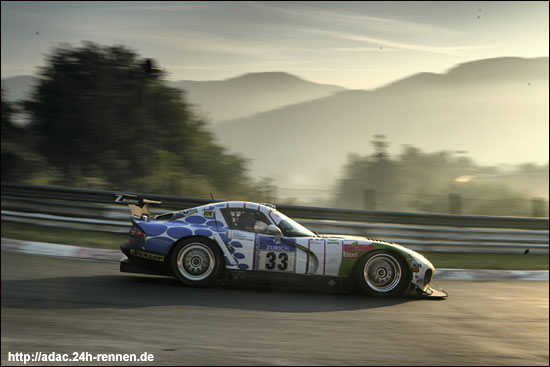 Perhaps rather amusingly both cars were entered as Dodge Vipers after a change in marketing approach by Chrysler in Europe!