Fraser Ross pairs up with Tekno

26-year-old Porsche Carerra Cup regular Fraser Ross has announced that he will compete in the 2017 Australian GT season driving a McLaren 650S GT3 (above) run by series stalwart Tekno Autosports. It will be his debut season in the series.

“I’am very excited to be joining a professional outfit like Tekno Autosports and to be driving a McLaren 650S GT3 in the Australian GT Championship,” Ross enthused. “This season will bring whole new challenges and I am determined to be fighting at the front from the get-go.”

Ross will line up for his first Australian GT event when the 2017 CAMS Australian GT Championship gets underway at the Clipsal 500 next month (March 2-5). Both are familiar names to the Aussie motorsport scene. Bowe is a two-time Bathurst 1000 winner while Price has a raft of GT experience racing in the Bathurst 24 Hours and Australian GT during her career.

“The selection of JB will come as no surprise to anyone with an eye on the team as he has been the cornerstone on which the team has been built,” the team wrote on its Facebook page.

“Melinda, whom many may remember from her days as a ‘Castrol Cougar’ driving for Larry Perkins, is a driver we see as an extremely valuable member of the Heretic family. Her experience and ability to remain calm under pressure is what we were seeking in a co-driver. Both drivers post consistently quick lap times with the maturity to know races are not necessarily won in the first corner.”

Heretic Motorsport will make its Australian GT debut at the opening round of the 2017 CAMS Australian GT Championship in Adelaide, March 2-5. 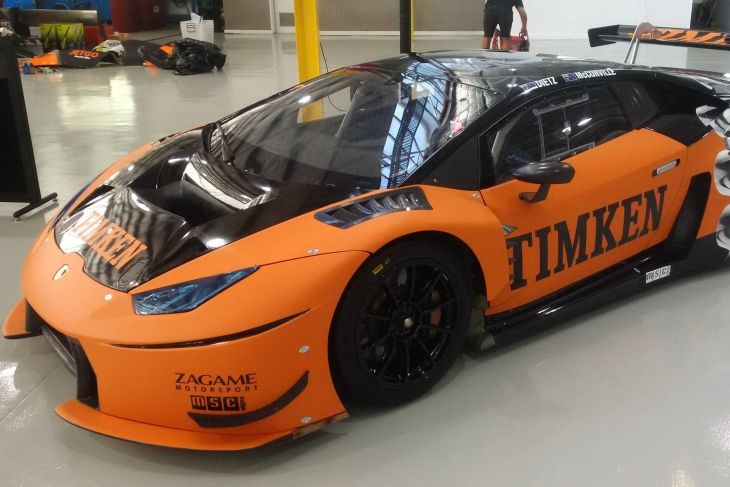 At the reveal, attended by Usain Bolt, the team also announced that Adrian Deitz and Cameron McConville will be at the wheel of the team’s car for four rounds of the championship. This season the team will race at Phillip Island, Sydney, Hampton Downs and Highlands.

Founded by Bobby Zagame, Zagame Motorsports has grown from a successful automotive business which represents many of the world’s leading brands.

The company has recently become the McLaren motorsport deal for Australasia, with motorsport boss McConville having recently been in the United Kingdom meeting with the British marque.

Zagame’s first race will be Round 2 of the CAMS Australian GT Championship in Melbourne (March 23-26).