The move sees Twigg rekindle his relationship with Mercedes, having competed in an Erebus run SLS GT3 alongside Geoff Emery in 2015, for the 2017 season he will drive a new Mercedes AMG GT3.

Last year Twigg partnered Steve Richards aboard the BMW Team SRM M6 GT3, but has elected to drive solo for the 2017 season.

“The BMW was a great car but I think driving solo is the way to go,” Twigg explained.

“After seeing what Klark Quinn did last year, he got more track time than those sharing drives, and I think that is important.

“With my driver rating I think I’m a chance to win races and score podiums, and Klark showed that’s possible.”

Twigg’s decision to join Scott Taylor Motorsport will see him step into a current-spec Mercedes-AMG GT3, a challenge he’s looking forward to. 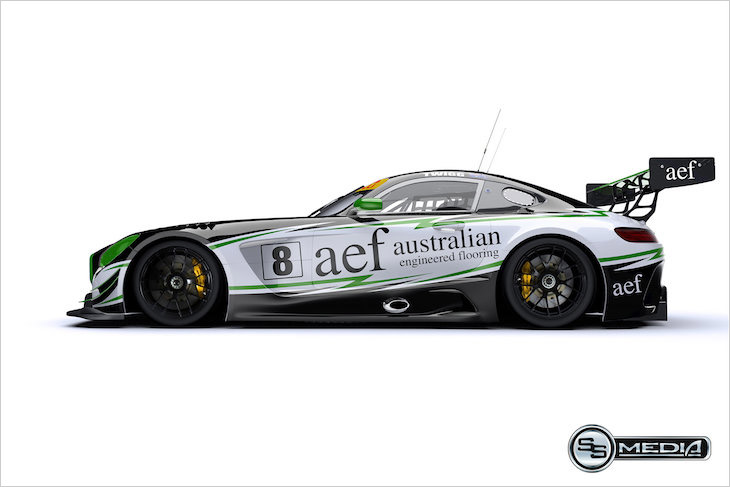 “The Mercedes is probably the best all-round car on the grid; it’s strong everywhere,” Twigg reasoned.

“It’s not too bad on the twisty circuits, and it really comes into its own at the more open tracks.”

“Scott Taylor is absolutely meticulous about what he does,” he continued.

“He likes everything to be done right, and I think they’re going to be the number one team in Australian GT.”

Scott Taylor Motorsport has not only expanded to two cars, but also taken preparations in-house for 2017.

“We’ve always had the capacity to do that and it’s just now time for us,” team boss Scott Taylor said.

“The workshop is now complete, so we’re in a position now to have both the staff and the facilities to run our own cars.”

Twigg’s first outing aboard the Mercedes-AMG GT3 will be the opening round of the 2017 CAMS Australian GT Championship in Adelaide (March 2-5).