The driver lineup for the two-car Jackie Chan DC Racing effort for the 2017 FIA WEC, which features a pair of Oreca 07s in the LMP2 class, fielded together with Jota Sport, has been finalised.

The #37 ORECA will see David Cheng joined by 2016 Eurasia man Tristan Gommendy and Alex Brundle, the Englishman in for his second full-season of FIA WEC racing, and first since 2013, after race winning form in the Jota-run G-Drive ORECA 05 late last season. 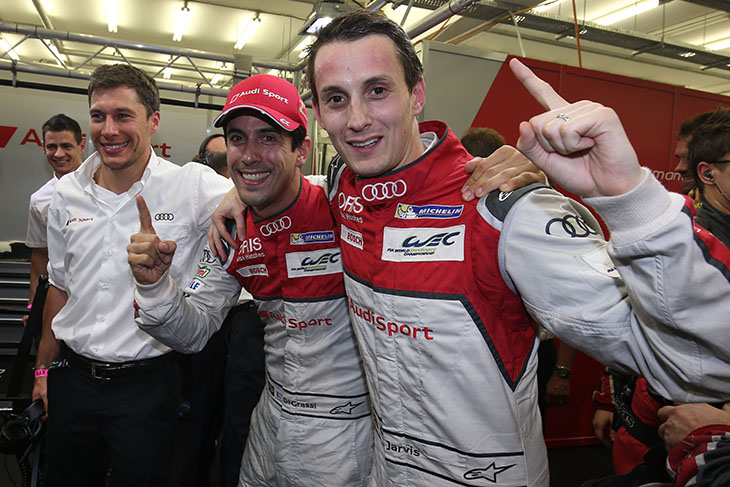 “It’s a fantastic opportunity for me, I’ve backed a horse if you like, that has a real chance of winning races, the title and of course Le Mans.” Brundle told DSC. “This year with everyone racing the same chassis for us drivers really focuses us, there’s no advantages in machinery anywhere, so it’s all down to us. I think that’s incredibly exciting, there’s not one team I look at on the entry who I would say are favourites, and there’s nobody you can count out either.

“The DC Racing outfit expanding to two cars I think really shows everyone what they intend to do, and that’s win. As well as good team personnel, we’ve got a great selection of drivers who are all capable too. Because of that I have to thank the Jota guys and the DC Racing guys for this chance, it’s going to be a great season of racing and I can’t wait to get in the car.

“I haven’t driven one of the new LMP2 cars yet, that will come next week in Aragon. Needless to say I’m eager to get in and drive!”

The DC Racing organisation move over for the 2017 season from Signatech Alpine (under the Baxi DC Racing banner) to Jota Sport, adopting the Jackie Chan DC Racing brand for 2017 across all programmes.