It’s set to be a big season for the FIA WEC for many reasons, most of which stem from the storylines in the prototype classes. Will the LMP1 H teams be competitive with each other? How will the new LMP2 teams and cars fare? Can Toyota’s third car make the difference at Le Mans?

At the moment we just don’t know, which is the beauty of looking ahead the season on Silverstone race-week with all the points tallies blank and the pre-season festivities over. While the numbers are down, the WEC’s prototype classes are most certainly not out, and even without Audi and diversity of machinery in LMP2 there’s still a ton to look forward to.

First up on the WEC calendar is, as usual, Silverstone, which traditionally provides a worthy curtain raiser for the season ahead.

Here’s a breakdown of what to expect in the LMP1 and LMP2 classes:

For the WEC’s LMP1 hybrid contingent, carrying on without Audi – the class’ only omni-present team – is very strange. This year just four LMP1 Hybrid cars will complete the full-season, with only five P1s total when factoring in the ByKolles team continuing its CLM P1/01 programme. It’s going to take a bit of re-calibrating, but like the Audi vs Peugeot era before the FIA WEC, we can expect there to be good racing between the two manufacturers left.

At Porsche, it’s all change in the driver department, with André Lotterer joining the team after years of success with Audi, along with Porsche LMP1 returnees Nick Tandy and Earl Bamber. These changes follow Mark Webber’s retirement and Romain Dumas and Marc Lieb changing roles within Porsche, leaving plenty of intrigue within the Porsche LMP1 driver camp. 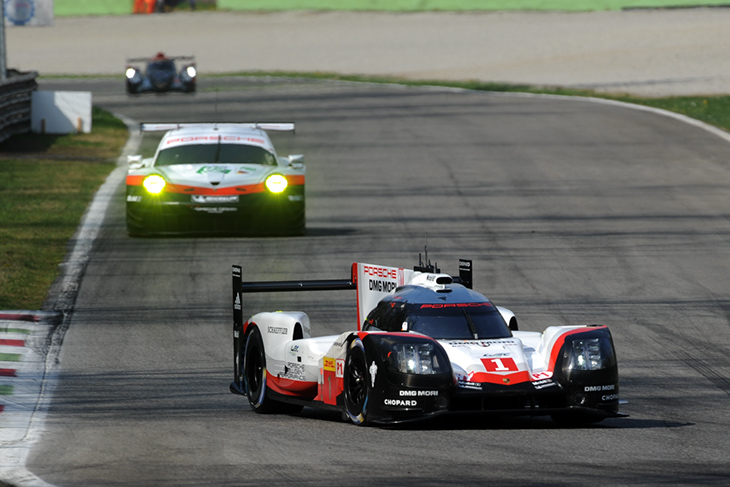 In terms of lineups, Bamber will join 2015 WEC champions Brendon Hartley and Timo Bernhard in the #2 while Lotterer will share with Tandy and the only Porsche champion left to defend his title, Neel Jani, in the #1.

As for the equipment, Porsche will start the season confident in its package, bringing a further evolution of its 919 Hybrid to the party. This season only two downforce kits are permitted as per the new rules, and the team will debut its low-downforce ‘Le Mans-spec’ aero package this weekend at Silverstone on both of its cars.

Reliability will be the key though, as usual, as in years past the early rounds of the WEC have seen small niggles prove costly later in the season when racing for the title. In 2016 Porsche had multiple issues, which came to a head in the second race of the year Spa when one ran most of the race without a functioning hybrid system and the other finished way down the order after a gearbox change.

If the car is as bullet-proof as it has the potential to be though, after the team’s extensive testing programme with included a 30-hour test, then the reigning champion appears to be poised come out firing this Sunday.

Toyota meanwhile, appears to be move motivated than ever to win both Le Mans and the WEC titles, with a new full-season driver, and a three-pronged attack planned for Spa and Le Mans. In terms of driver talent, the new kid in town is José-María López, taking the place of French veteran Stephane Sarrazin in the #8 Toyota TS050 alongside Mike Conway and Kamui Kobayashi. It remains to be seen how quickly he can adapt to such a different style of racing to what he’s used to in Formula E and the WTCC, but Toyota showing enough confidence in him to put him in the car for the full-season tends to be a sign that he’s set to impress.

The rest of Toyota Gazoo Racing’s LMP1 lineup remains intact, with Kazuki Nakajima, Sebastien Buemi and Anthony Davidson filling the seats in the other TS050. For a season with such high expectations, it’s stuck with proven set of drivers, who are all capable of challenging for the title should the gap between Porsche’s and Toyota’s TS050 be marginal all-season-long.

On the subject of the 2017 TS050, it appears that the heartbreak of Le Mans really has prompted the team to push even harder to succeed. In the off-season, the TS050 completed four 30-hour runs as part of its 35,000km of pre-season testing, with the new car set to be its most impressive yet in the efficiency department.

As well as reliable, it promises to be a quick car too, after team returnee Nicolas Lapierre (who will race with the team at Spa and Le Mans) set the FIA WEC Prologue’s fastest lap in the #8 last week – a 1:30.547.

Unlike Porsche, for the round at Silverstone Toyota has opted to run the high-downforce kit to gain a competitive advantage, leaving the debut of its low-drag package for Round 2 at Spa.

The fifth entrant in LMP1 is ByKolles Racing, the Austrian outfit returning with its in-house developed CLM P1/01 chassis for another year, keeping the privateer sub-division alive while the ACO and FIA wait for the Ginetta and BR Engineering cavalry to arrive in 2018. The car, which will be driven by Oliver Webb, Dominik Kraihamer and James Rossiter an unannounced third driver is now housing a new Nissan engine – which is a derivative of the twin turbo V6 power unit used by the brand’s LMP1 programme – and sporting Michelin rubber once again.

Robert Kubica, initially announced as a full season driver, has now stood dow, though DSC believes there is still potential that the Polish star may re-emerge at some point this season.

Aero-wise the outfit has also made some improvements over the winter, with the full aero kit set to debut in Northamptonshire, but it really doesn’t have a yardstick anymore to track its progress.

Any expectations of the car’s potential should be kept low, especially early on. Its trip to Monza for the Prologue showed little promise, ending early after the bodywork became detached on-track shortly after leaving the pit lane for its first run, leaving it with no spares to continue and no timed laps completed.

Whether or not it can stay reliable and finish above the juiced-up LMP2 car will be the main intrigue here, as it’s unlikely to be keeping tabs with the factory-run Hybrid cars.

The new era for the LMP2 class has finally arrived, and with it have come new teams, reshuffled teams and a team stepping down from LMP1.

It has also brought s brought a new car to the FIA WEC – together with a very impressive new Gibson V8 engine, and plenty of world-class driver talent across its nine-car entry for the season opener.

Let’s get the disappointment out the way first. The reduction in the chassis manufacturers for 2017 onwards has resulted in a situation worse than was predicted, with just the Oreca 07 being represented by the teams present.

The ELMS is more diverse, with Dallaras and Ligiers scattered in, but for the WEC teams, upgrading the older 05 chassis’ and betting on the winning horse of the last generation has created essentially an Oreca spec-class. The only exception here is Signatech Alpine running its Oreca 07s re-badged as Alpine A470s. The car is the same though, and like its predecessor, homologated under a different name.

There’s also no tyre-war here like there is in the European championship either, with every team opting to race with Dunlop.

However, with that said, it’s still a highly competitive field, which has the potential to provide door-to-door racing all season long, with machinery that’s more aggressive and far quicker than their predecessors.

Of the six teams entered, only one is new to the WEC, and that’s TDS Racing, which moves up from the ELMS after multiple successful campaigns in Europe. For 2017, the team will accommodate three Frenchmen: LMGTE Am champions Francois Perrodo and Emmanuel Collard, and young up-and-comer Matthieu Vaxiviere. On paper it’s not the out-right quickest trio, but all three should lap consistently during long stints and make few costly errors. Perrodo is still adapting to the very different driving style which prototype racing demands, while Collard is busy re-freshing his memory of driving in high-downforce cars after several seasons in the GT ranks. Vaxiviere is fresh from single seaters, the ex-French F4 champ has finished as high as second in the Formula V8 3.5 Series in recent years and is set to impress at the WEC level, after setting the class’ best time at the Prologue.

Another team which is fresh in the LMP2 ranks of the WEC – though not new to the series – is Rebellion. Stepping down from LMP1-L back into LMP2 for the first time since the formation of the WEC, the Anglo-Swiss team is equipped with a pair of 07 Gibson’s and a new partnership with the Michel Vaillant comic series. 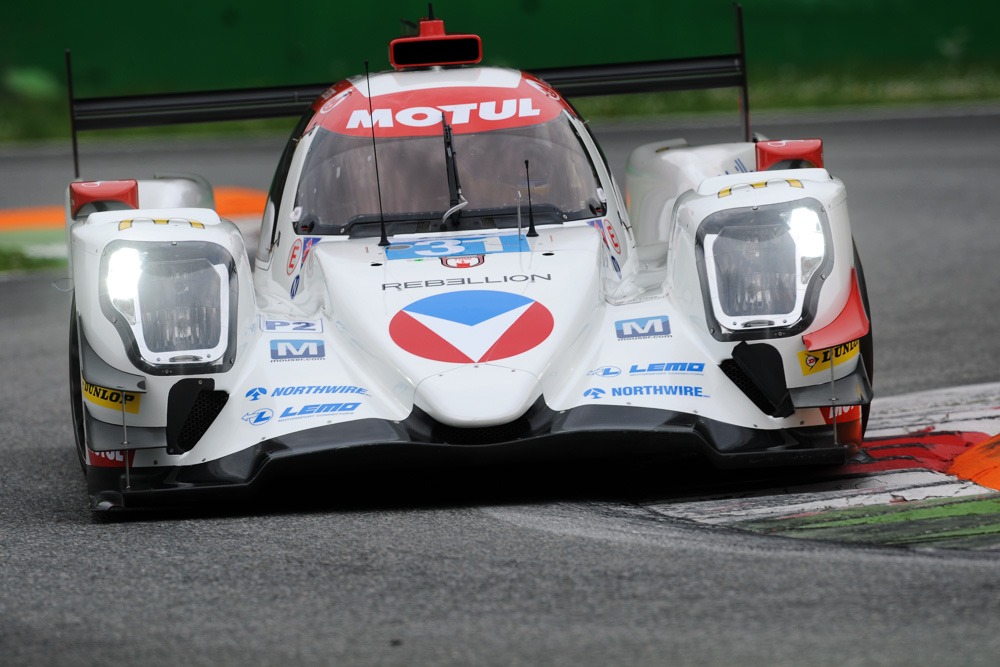 Both Vaillante Rebellion lineups are formidable, with Mathias Beche, David Heinemeier Hansson and Nelson Piquet Jnr in the #13 and Julien Canal, Nicolas Prost and Bruno Senna in the #31.

It’s a big year for the team, which is running parallel LMP2 programmes in the WEC and IMSA WeatherTech North American Endurance Championship. Having already competed at Daytona and Sebring with the new kit, the team also has a little bit of an advantage heading into Round 1.

In the Alpine camp, DC Racing and Signatech have split after a rollercoaster 2016 season which saw the lead car win the title and Le Mans, and the Baxi DC entry struggle to fight with the best in the class. At Silverstone, the Signatech Alpine crew will race only one A470, with its second car only confirmed to compete at Spa and Le Mans at the time of writing. It’s a strong entry though, with returnees Nicolas Lapierre and Gustavo Menezes joined by Matt Rao who raced with Manor last year.

Menezes and Lapierre were among the very best the class had to offer last year, and with Rao bringing a new level of confidence for his second year in the series, the trio should be considered among the early favourites for the class title.

DC Racing meanwhile, returns with a two-car entry partnered with Jota Sport. It’s a fresh start for David Cheng’s outfit, which narrowly missed out on the AsLMS title over the winter. 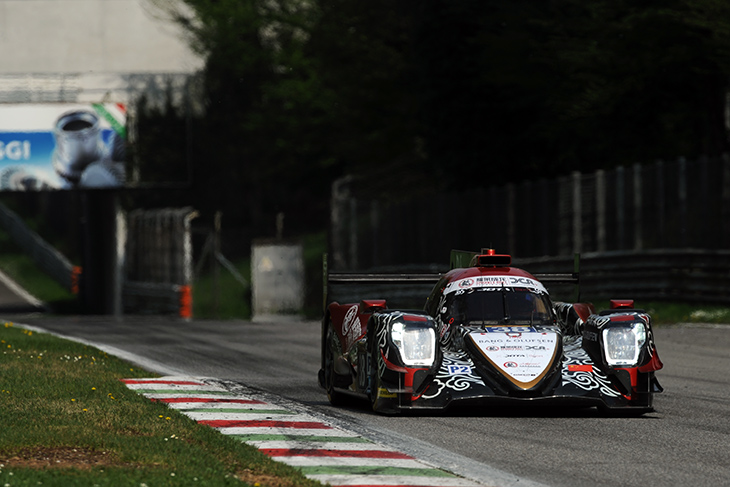 Cheng will drive with Alex Brundle – who impressed mightily at the end of last season with G-Drive and French veteran Tristan Gommendy in the #37. The other car’s crew is equally strong too, with Audi LMP1 refugee Oliver Jarvis partnered with Ho Pin Tung and Thomas Laurent.

After months of uncertainty, Romain Rusinov made his decision to return to the WEC for another crack at the LMP2 title after a spectacular run of form to conclude the 2016 season, winning three races with his G-Drive Racing outfit.

This year, he’s moved on from Jota Sport, and instead has partnered with TDS Racing to run the team’s single-Oreca entry. And for the season, he’ll be running with 2017 Sebring 12 Hours winner Alex Lynn and Pierre Thiriet. 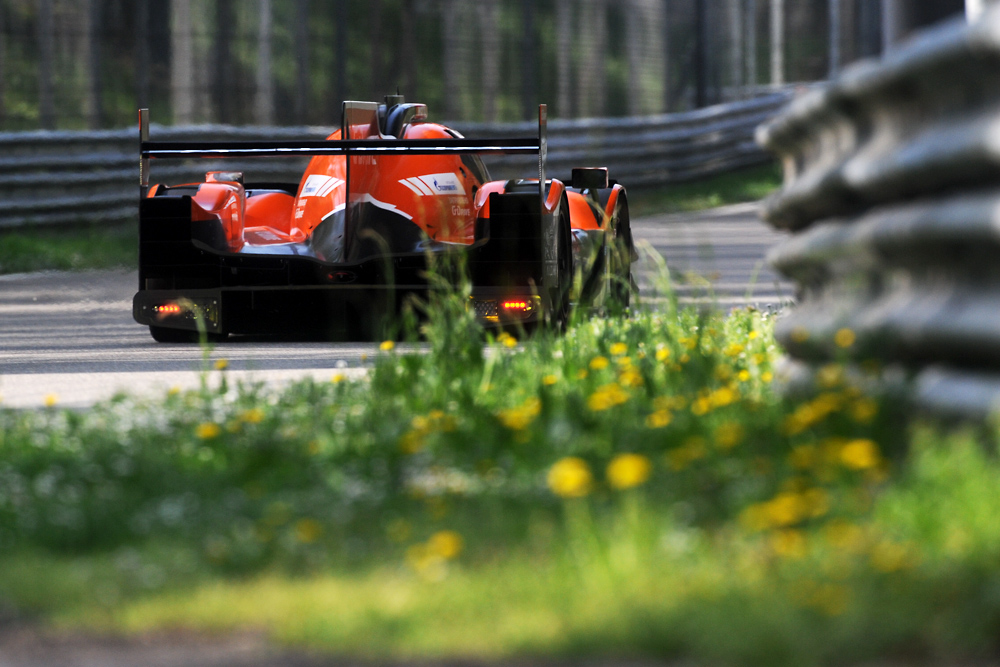 As usual, expect the G-Drive team to be challenging for wins and podiums at each round.

The final team left to mention is Manor. The newly-named CEFC Manor TRS Racing is back in the WEC after a rather rocky debut season in 2016, with flashes of brilliance all too often followed by poor luck.

This year, with an LMP1 L programme with Ginetta in the works for 2018, the team has a fresh looking lineup featuring some notable names. In the #24 Tor Graves will drive with sportscar veteran Jonathan Hirschi and ex-F1 driver Jean Eric Vergne, while Roberto Gonzalez will drive with former ByKolles driver Simon Trummer and Vitaly Petrov, who moves over from the SMP LMP2 programme to drive in the #25. 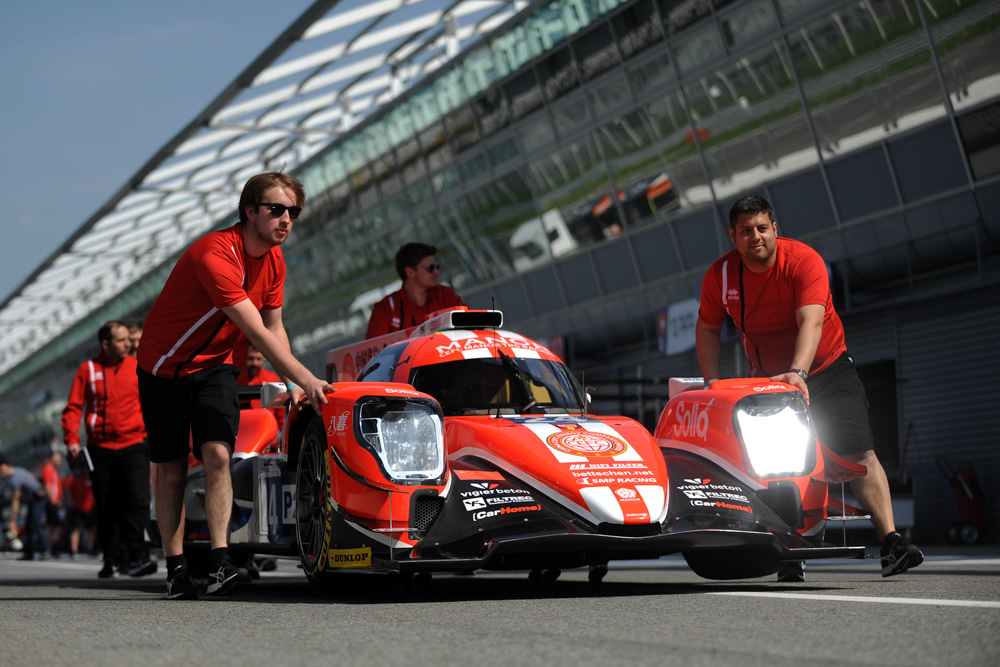 The potential is certainly there for Graeme Lowdown’s Manor outfit, which has yet to have a true breakthrough performance. Will 2017 see a change of fortunes for the fan-favourite? Only time will tell…