Part 2 of DSC’s Le Mans Test Day Preview, covers the LMP2 class, which features a record-high 25 entry, all of which, are new-for-2017 chassis, running their Le Mans-only downforce packages on the full Circuit de la Sarthe for the first time.

If you missed Part 1, which featured an overview of the Test Day format and a rundown of what to watch for in LMP1, you can read it HERE >>>

Here’s a look at the key storylines in the burgeoning P2 division:

Which chassis is fastest? 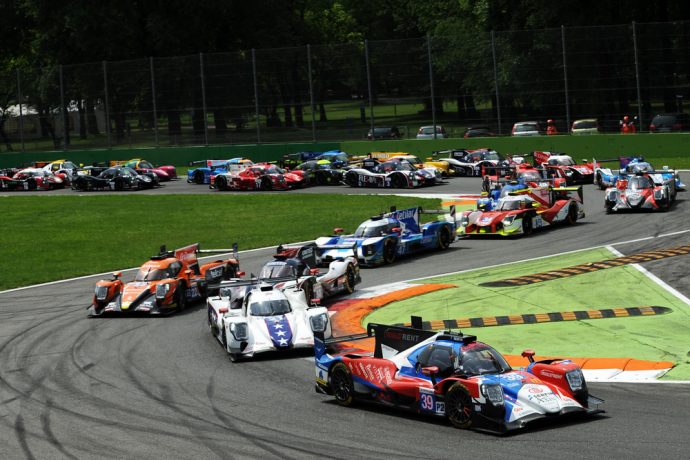 Not only will the Test Day give the teams and drivers a chance to try out the new aero kits for the first time at Le Mans, it’s also the first time which all four 2017 chassis will compete on the same track at the same time. (IMSA so far this year has featured races with Riley, Oreca and Ligier LMP2 chassis’, the only Dallaras in the field Cadillac DPI V.Rs)

There’s no reason, beyond the weather and the need to get a substantial number of drivers through their initial laps, why we shouldn’t get an indication at least of  the ultimate pace of the P2 machinery, certainly we should see which chassis looks the strongest going into race week. The split is a single Riley Mk. 30, 14 Oreca 07ss (including two badged as Alpine A470s) seven Ligier JS P217s and three Dallara P217s. 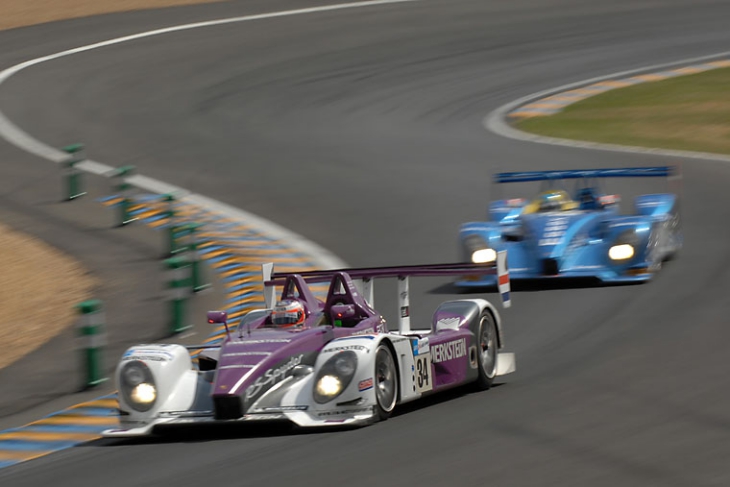 While the official lap record cannot be broken until Qualifying during race-week, we will get an idea of just how much quicker the new LMP2s are going to go round Le Mans.

Remarkably, after looking through the archives, the current LMP2 lap record is a 3:32.301 set by Jos Verstappen back in 2008 driving the Van Merksteijn Motorsport Porsche RS Spyder!

It seems that it’s not a case of will the record will be broken, but rather by how much, as the 2017 cars are far more powerful, and should reach well over 200mph down the Mulsanne Straight!

The fact that the LMP2s are touted to reach such speeds mean that it will be intriguing to find out if they bother LMP1 Hybrids in a straight line, be it down Mulsanne or en route to Indianapolis? 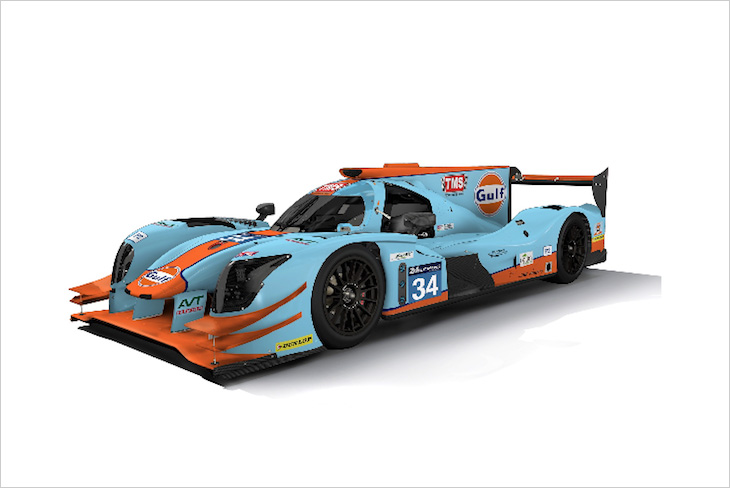 On the colour scheme front, both Rebellion Racing and Tockwith Motorsport will be sporting their brand new liveries this weekend with Algarve Pro and Eurasia also bringing new liveries, and the first sight too of the WeatherTech branded Riley, and the very yellow ARC Bratislava Ligier.

For Rebellion, the long-awaited Michel Vaillant livery, should bring its Oreca 07s to life, while Tockwith is now set to run Gulf colours for the remainder of the season. 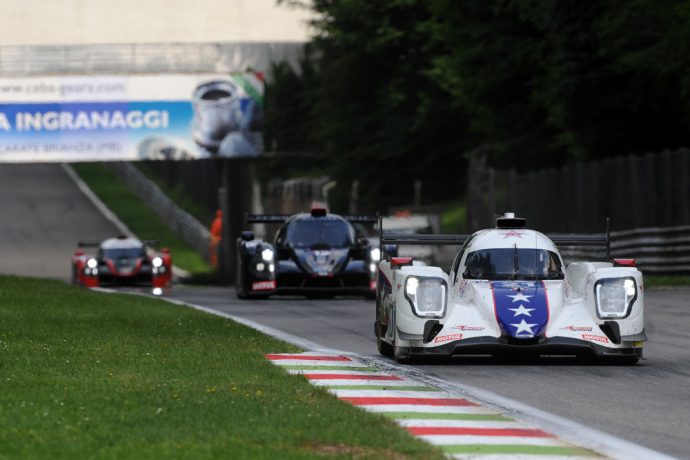 Overall it has to be said, that the LMP2s have proven to be mostly reliable, after reports during pre-season testing were far more damning.

That’s not to say that all the teams will have a clear run on Sunday though, as the issues experienced so far this year have often proved costly in terms of repair time.

The big issues appear to stem from the Ligier JS P217’s Hewland gearboxes. While the Riley, Dallara and Orecas all utilise X-Trac transmissions, and thus far have been mostly reliable, the Ligier uses a Hewland box, which has caused multiple teams significant problems.

The Oreca and Dallara electronics packages from Cosworth have also caused niggles, with compatibility appearing to be the issue. Teams have lost functionality on their steering wheels, as part of wider issues over the post few month and whilst there has been a degree of success in fault finding over the past weeks some issues undoubtedly still remain.

There’s plenty of new faces up and down the entry list as a whole, with 26 of the 45 rookies driving LMP2s this year.

The big name here is Rubens Barrichello in the Racing Team Nederland Dallara. The Brazilian, who let’s not forget almost won an F1 World Championship as recently as 2009 at the tail-end of his lengthy F1 career, will share with the ageless Jan Lammers and Frits van Eerd.

Of the 25 cars on the list, the #21 DragonSpeed Oreca 07 and #49 ARC Bratislava Ligier JS P217 will take on the race with all-rookie lineups. DragonSpeed will race with Ben Hanley, Henrik Hedman and Felix Rosenqvist, while Miro Konopka, Konstantins Calko and Rik Breukers will share the wheel for ARC.

It will also be worth tracking the United Autosports’ Ligier, with Silverstone ELMS winners Will Owen and Hugo de Sadeleer who will be taking on Le Mans for the first time with the ever-rapid Filipe Albuquerque. The trio are out to impress in their first crack at the big race, and have every chance of a good result. It must be noted, that United has yet to compete at Le Mans either, though it did field cars in the Road to Le Mans support race last year. It will be a learning experience for the team.

Of the WEC runners, François Perrodo, who has impressed mightily with Emmanuel Collard and Matthieu Vaxiviere in the TDS Oreca so far this year will be eager to get out on track. Perrodo has yet to take on La Sarthe in a P2 car yet, so he’ll be hoping to get plenty of track time, as well as Vaxiviere, who has only just recovered from the training injury which kept him sidelined for Spa.

Nicky Catsburg – who ran with Larbre Competition at the Test Day last year, but didn’t race – will also join the team this weekend, as a reserve should Vaxiviere decide he is not fully fit. 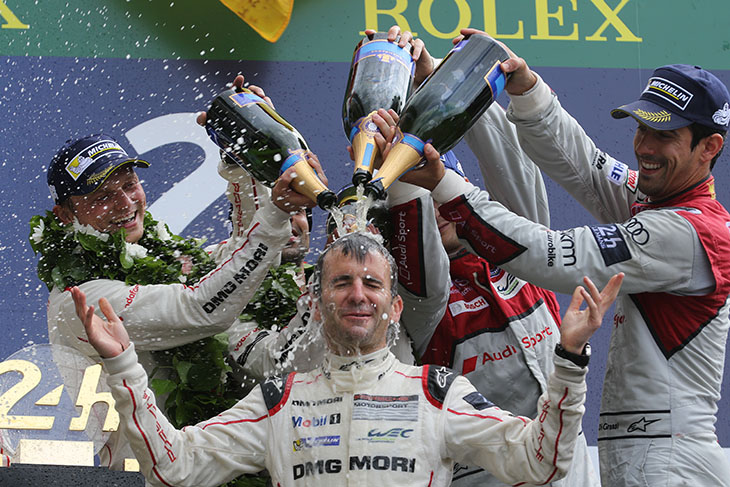 Reigning WEC LMP1 World Champion Romain Dumas will make his LMP2 Le Mans debut this weekend, the Frenchman racing with Signatech Alpine as a super-sub for Nicolas Lapierre in the #36 A470, his fellow countryman on Toyota Gazoo LMP1 duty for the next few weeks.

He’ll be looking to prepare himself for his 17th Le Mans start (consecutively too), with reigning LMP2 Champion Gustavo Menezes and Matt Rao, the pair hoping that June will mark the turning point in their season, after a quiet start which sees them head to Le Mans fourth in the points tally. 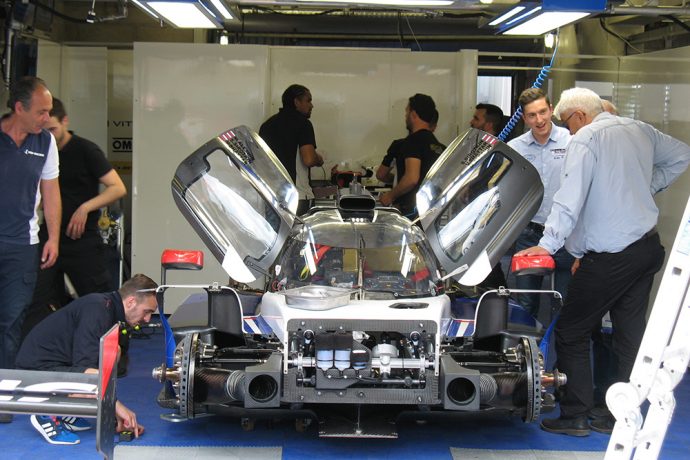 Four of the cars on the grid have yet to start a race in 2017.  SMP Racing’s Dallara, The Riley of Keating Motorsports and the Ligiers from Eurasia and ARC Bratislava.  Art present the only one of the four to have made clear a post Le Mans programme is the SMP Racing squad who will provide a further boost to the already impressive ELMS LMP2 grid.