Kamui Kobayashi and Jose Maria Lopez combined to hand Toyota Gazoo Racing its third Pole Position of the 2017 season at the Nürburgring. It was great performance from the duo, who set an average time of 1:38.118, just 0.154 quicker than the competition.

“I’m really happy, team did a fantastic job, congratulations to Toyota, and Kamui,” Lopez said. “It’s a long race, but I’m happy in my first Qualifying to fight for Pole Position. The plan was to go back out and it worked well. Porsche looked strong, I’m surprised but we did it.”

Behind, Porsche prevented a 1-2 for the Japanese team, with the #2 919 Hybrid of Timo Bernhard and Brendon Hartley taking second place with a. 1:38.272 combined time.

The fastest lap of the session though, didn’t come from the top two cars, Andre Lotterer in the #1 Porsche set a stunning 1:37.886 during his short stint. Though added to Neel Jani’s laps, the average was brought down to a 1:38.272, good enough for third.

Fourth on the grid will be the #8 Toyota after laps from Anthony Davidson and Kazuki Nakajima. Nakajima had a near miss in the session though, coming out of the Warsteiner-Kurve, being shoved onto the grass by a weaving Nelson Panciatici in the #35 Signatech Alpine A470. The Frenchman clearly didn’t see Toyota coming, almost throwing Nakajima into the barriers in avoidance.

Showing once again that the strategic nous is not just reserved for the action out on track there was then a wonderful, near action-free example of how much deep thought goes into qualifying as both Porsches pitted, initially with the Toyotas staying out. Lotterer got out of the #1 with Jani stepping back in.

Then both Toyotas pitted and Porsche attempted, it seems, a bluffing exercise, hoping perhaps to force Toyota to despatch a car, or perhaps both and use more of their Michelins than they had planned. The #2 car was put down from the jacks, engine started and making all the moves to indicate a last gasp dash for Pole. Toyota though, seemed wise to it, stayed put, and Porsche settled for second and third on the grid.

The other LMP1 runner in the session – the #4 ByKolles CLM, had a tough time. The Austrian team has been suffering with extreme vibrations, costing the car valuable time each lap. The time from the car – after Domini Kraihamer had a spin at the Valvoline-Kurve – was a 1:47.485.

In LMP2, the #26 G-Drive Racing ORECA stormed to Pole Position, after an incredible performance from Ben Hanley in his first race for the team, and Pierre Thiriet. Hanley and Thiriet combined to set a 1:45.001, after Hanley set the best time of the session, a 1:44.331. The team will not benefit much by starting from the front row though, as it has a stop and hold penalty to be served in the race. 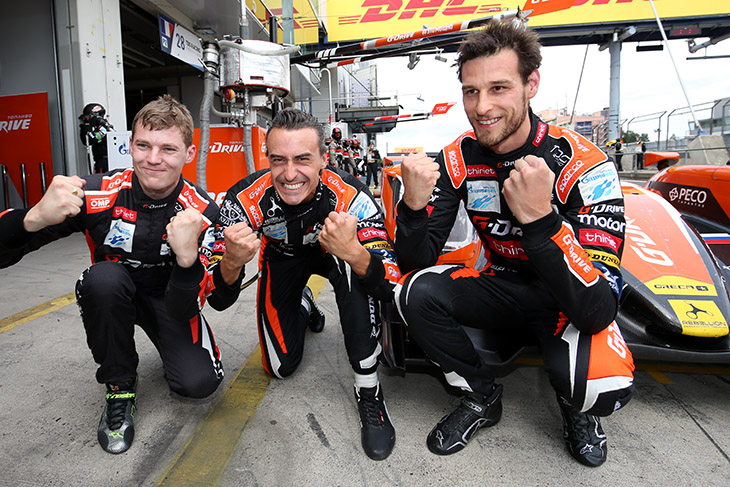 “The team have done a great job, and we mixed up the run plan because off the weather, and it proved beneficial,” Hanley said. “The team did a great job, the car was great. The time surprised me when I passed the finish line! It should only get hotter tomorrow, but it’s been changing every day.”

The time between the two was 0.196 faster than the #38 Jackie Chan DC Racing ORECA of Oliver Jarvis and Thomas Laurent who together, managed a 1:45.197. Starting third in the class for the race was the #31 Rebellion ORECA, six tenths off Pole, ahead of the #13 sister car.

Alpine’s #35 A470 rounded out the top five, though Panciatici has been called to the stewards for his driving in the incident at Warsteiner-Kurve.

The duo of Kevin Estre and Michael Christensen took the first Pole Position for the 2017 Porsche 911 RSR GTE, with an average time of 1:54.007 after their laps in the session driving the #92. The fastest time was from Christensen, the Dane the only driver win the 1:53s in the session with a 1:53.799. 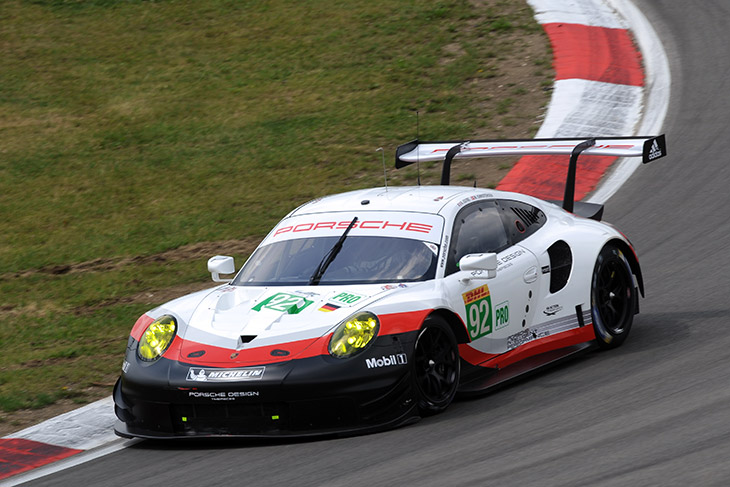 “It’s been tough for us this year, it feels great to get Pole here, I’m really pleased,” Estre said. “It’s only Qualifying but it’s nice to stand on top.”

Second in the class standings was the #95 Aston Martin Vantage, Nicki Thiim and Marco Sorensen managing a 1:54.352. It was a far more competitive time than the sister #97, which ended up last in the class, 1.3 seconds off after the team opted to conserve tyres.

The top three was completed by the #91 Porsche 911 RSR, with a 1:54.518, using a single set of tyres in the session, unlike the Pole car which used two. Further back the #66 Ford took fourth, with the #71 AF Corse Ferrari fifth. The sister #51 Ferrari though, will start seventh, after Alessandro Pier Guidi had quick laps deleted for exceeding track limits.

Aston Martin’s #98 Vantage took Pole in GTE Am, Paul Dalla Lana and Pedro Lamy setting a combined time of 1:56.721, ahead of the #77 Dempsey Proton Porsche and Spirit of Race Ferrari that will start from second and third. 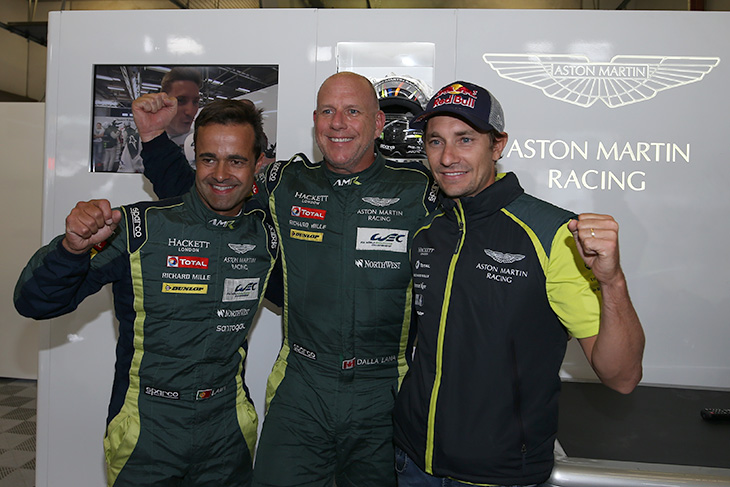 Tomorrow’s 6 Hours of Nürburgring is set to begin at 13:00 local time.