Double Le Mans 24 Hours Champion, Double Carrera Cup Asia Champion and 2014 Porsche Supercup Champion Earl Bamber was taking a close look at the Asian Le Mans Sprint Cup over the final race weekend of the Series and had plenty of encouragement for the prospects for a stronger grid for the GT Cup class in 2018.

Bamber, whose brother Will is a regular part of the Team NZ effort, spent the Saturday race assisting the team and later presented the trophies. He sees real potential for a locally based multi-car effort for next season:

“The format for this Championship is ideal,” he said. “ With so much endurance racing now available, one area there is a shortfall is the opportunity for new drivers looking to get into this sort of racing to have a relatively low pressure place to learn how multi-class racing operates, not just the racing, but the way that strategy, and the rules, play out across a weekend. Lots of track time and longer racing stints give a good opportunity for drivers to practice, and to test themselves and improve.

“This is a great introduction to that, and the GT Cup class is the perfect way to start, in particular with an all-gentleman driver squad (Bronze/ Bronze).” 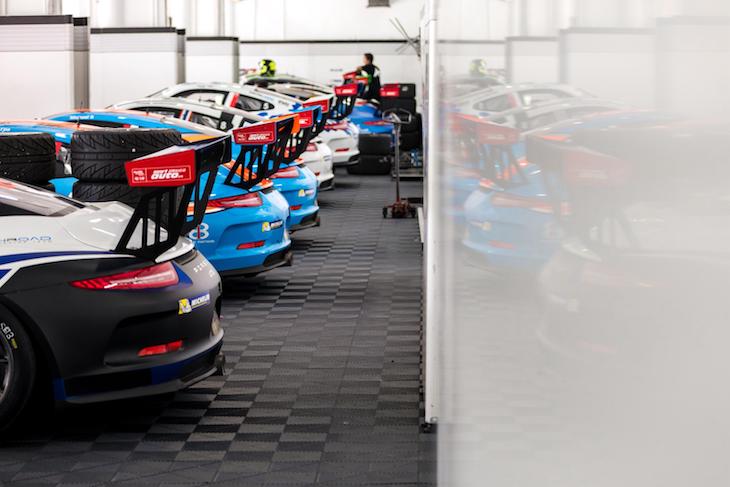 With the Porsche Carrera Cup Asia about to transition to the new model of Porsche 991 GT3 Cup for 2018 there will be a large number of previous model Porsches on the market and Bamber is confident that the category is set to see a boost:

“There is real potential for a sensible number of those cars being available,” said Bamber, “and for current, and emerging teams to use that opportunity to cultivate an entirely new customer base. It’s a real opportunity to make the step as a team onto the international stage.”

The title winning Team NZ Porsche meanwhile has no little racing heritage. This was the 2011 chassis car that took Earl Bamber to the Porsche Carrera Cup Asia title in 22013 and, since then, has had class winning form at the Sepang 12 Hours, and a podium finish at the Bathurst 12 Hour! These little Porsches are, very much an endurance racing bargain!