In the aftermath of Porsche’s decision to cease their LMP1 H programme at the end of the current season there has been much work undertaken to prepare the plans of the ACO and FIA WEC for the World Championship’s future.

Rumours of its death have certainly been greatly exaggerated though signs are that we will see a shorter, and likely a rejigged championship in the very near future.

So lets take a look at the issues in play, and the potential answers to the questions:

With Toyota the last factory standing in LMP1 H the formula as it stands looks doomed. After half a decade of spectacular world-leading on-track action the current hybrid era seems over.

Toyota remains committed to the Le Mans 24 Hours but have few incentives to compete for a full season, no real factory competition means no Manufacturers World Championship, and the opportunity to use their budget for testing rather than racing. It will likely (falling neatly into the lap of their road car R&D funding source), subject to the ACO and WEC’s approval, see Toyota restricting themselves to a very limited season in 2018, possibly just three races (Spa, Le Mans and Fuji looks to be the favoured programme at present).

Beyond that there are the unknowns involved in the current LMP1 Privateer marketplace.

Ginetta and SMP Racing/Dallara’s new cars are imminent, the Russian squad looking at fielding a two-car effort we believe and Ginetta negotiating with potential customers, including some potentially very high profile efforts. 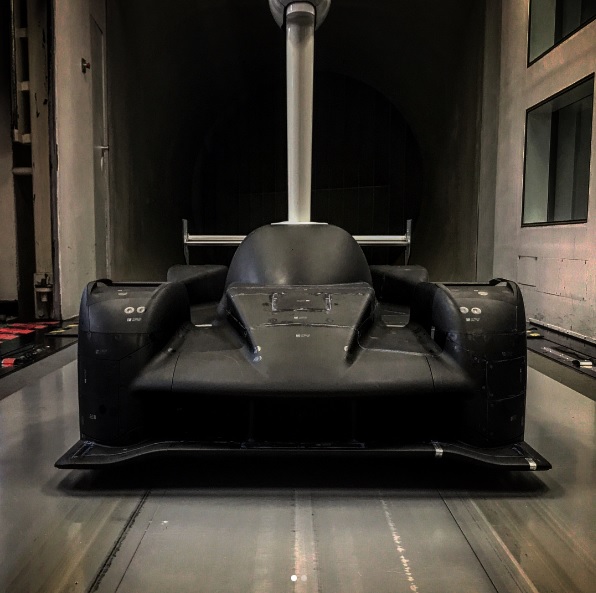 The current uncertainty over the future of the class though is not helping the class to flourish, The ACO has reassured the new car builders of its commitment to the class, but have, thus far, been unwilling to make much by way of public statements to that effect as they prepare to reveal their future vision for the class, and for the WEC.

Recent media statements in France have seemed to point in the direction of a liberalised approach to the non-hybrid formula. Signatech’s Philippe Sinault implying recently in a radio interview that his Alpine-branded team might be contesting overall wins soon.

The key question here though is whether that marks a step up in class for the team, or a decision to embrace upgraded LMP2s into the LMP1 class in a ACO/WEC-version of the increasingly successful IMSA DPi concept, and if so, when that might happen?

The appeal of that concept is clear, but if that is the direction to be taken it would surely not be correct to damage the current committed programmes from SMP and Ginetta, both of whom suffered in the last major decision made in the LMP marketplace; neither got the nod with an LMP2 chassis licence.

Great care needs to be taken over how this issue is handled if others are to be encouraged to take the step of investing in the future. There should be no innocent victims of a move to a more stable future plan, loyalty needs to be recognised and rewarded.

There is little doubt that the DPi concept is gaining traction, and little doubt too that there is potential for it to gather further momentum if the ACO align. The LMP1 Privateer regulations count against full alignment though, and so too does the continuing concern about equalisation between the DPis and the ‘global’ LMP2s.

All is quiet at present on the future of the 2020 LMP1 regulations, designed to attract Peugeot and to retain Toyota and Porsche

The answer to this particular question sits at the heart of the future of the LMP class worldwide, harmonisation, or difference. This question, far more than the questions over LMP1 H will be a defining moment for all concerned.

All is quiet at present meanwhile on the future of the 2020 LMP1 regulations, designed to attract Peugeot and to retain Toyota and Porsche. They clearly failed in the latter case, and whether they survive the current furore is in some very real doubt.

BMW’s arrival next season is already well known with the new M8 GTE but could they be about to be joined by Lamborghini on the WEC grid?

September will see Lamborghini unveil the next phase of its racing plans and with the options of a DPi or an Indycar engine programme having apparently not made the cut, Lamborghini requiring a global platform, GTE might yet emerge as the chosen option for the Italian based, VAG halo brand.

Beyond that we wait for others to declare an interest or otherwise.

McLaren is in the midst of a revamp of its racing activities. GTE has been a focus for many within the outfit for some time, a GTE version of the MP4/12 C made it a long way down the planning road, and the spectacular 720 would be a fine platform for the current GTE class. 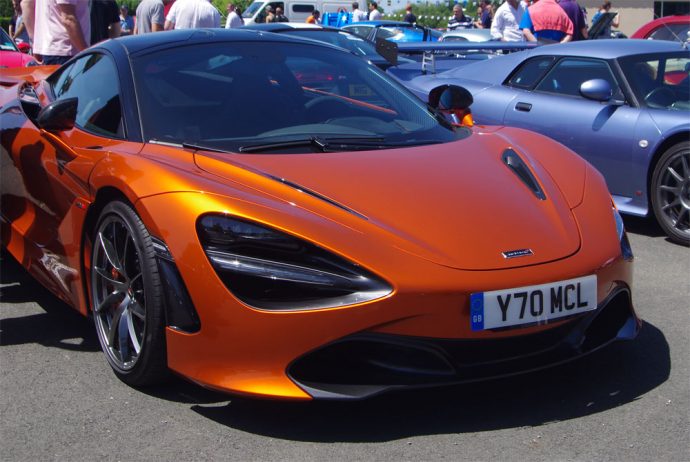 Very much more left-field is the potential for TVR to join the fray.

The new Gordon Murray-designed TVR GT car that’s about to be launched will pick up some of the love for the brand that has lain dormant over the past decade or so but the new owners are looking for ways to kick start that process. A one-make series looks very likely, but recent media utterances from Les Edgar, one for the central figures in the brand’s rebirth, have mentioned a return to Le Mans, that can only be with a GTE car, or with the TVR name on the engine cover of an LMP1! At present, if the interest is real our bet is the latter.

On the format of the championship, set to get a major boost in exposure as the remaining Manufacturers World Championship in the family, there is clearly a lot of love for the potential qualifying race format prior to race day. That provides some much needed TV exposure for the always entertaining GTEs, and if the thorny issue of how to balance what championship points would be up for grabs vs the potential for damage to cars ahead of race day the idea has real merit.

Whether that is confirmed this week in Mexico remains to be seen, it does though, very neatly, give the Manufacturer-backed class a USP within the Championship, ironically with a format that this writer first heard proposed by none other than ex Nissan Global Motorsports head Darren Cox back in 2014!

Most expect the current nine-race FIA WEC calendar to be reduced, possibly quite sharply within 1-2 years.

Most recently the prospect of a transition to a winter calendar, an idea laid fallow for a year or three, has re-emerged with French media reports repeating rumours heard in paddocks recently, that consideration is being given to at least two methods of entering a new phase for the Championship.

That would mark a significant change in outlook, away from a position where having the Le Mans 24 Hours as the final round of a World Championship was untenable (the FIA unwilling to have the finale of ‘its’ world championship overwhelmed by the winner of the Le Mans 24 Hours), to a position where there seems to be active consideration of making exactly that scenario happen.

Auto Hebdo is reporting that the next WEC season could start in September 2018 and end in June 2019 at Le Mans. Earlier races (including Le Mans) would not be part of the 2018 WEC. They also write of a second potential transition format, with an 18/19 season kicking off at Spa 2018 and ending at Le Mans in 2019).

The immediate future of the WEC in North America seems to be in some considerable doubt too, not perhaps a surprise when the major World Championship interest is in GTE where there is already a fully functioning GTE (GTLM) Championship featuring all of the current WEC Manufacturers aside from Aston Martin.

Mexico and Austin are both seen as races that are underperforming for the WEC too. There will be no surprise here if the WEC does not visit the Americas in the next few years, or if there is a ‘middle way’ established involving a World Championship round for GTEs within an established IMSA blue riband event. 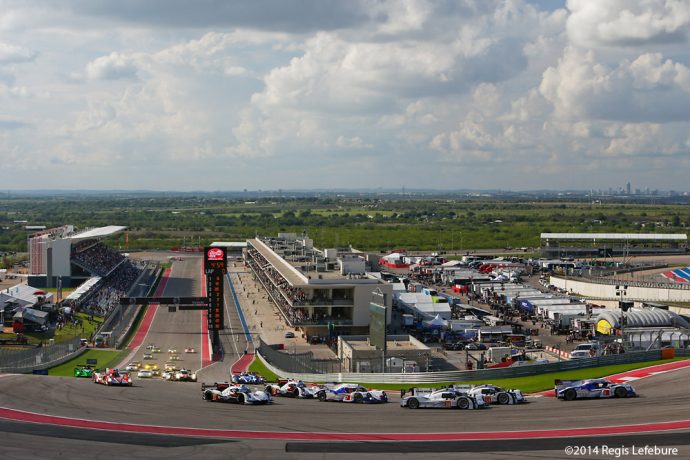 More of a surprise to many will be the potential for Silverstone to not feature on the calendar, the opening round of the championship for the past four seasons looking precarious at present despite strong crowd numbers.

The contract for the race is up and Silverstone’s current outlook is counting against paying up for FIA sanctioning fees for races, despite recent reports in the wake of the UK circuits decision to terminate its current contract to host the British F1 Grand Prix, that the WEC race was a priority target to retain.

That might see the race take a sabbatical (or two) as the WEC transitions to its new format.   The future of the race in the Gulf region remains to be seen too, Bahrain’s contract is up, but the now traditional season finale is popular with the teams, provides a handy winter test venue and there are potentially useful synergies with some current and future entrants. Kuwait’s interest in attracting World Championship events is well known but the timeline is not yet known on whether they will be ready. The transition to a winter calendar could well see this being an interesting and competitive marketplace!

Whether some or all of the above is revealed on Friday in Mexico remains to be seen. The rumbles from within though are that whilst heavyweight change is in the air, the FIA WEC has a plan that it feels confident will see it go forward with confidence. The response from the industry is going to be hugely important in the coming days, weeks, months and years.