PC class stalwarts, and multiple IMSA Lights Championship winners Performance Tech Motorsports are set to join the IMSA Prototype ranks for the 2018 IMSA Weathertech Sportscar Championship ranks it seems with the news revealed in a Facebook post by Robert Masson the father of driver Kyle Masson.

Masson is set to be joined in the effort by Pat O’Ward and James French. 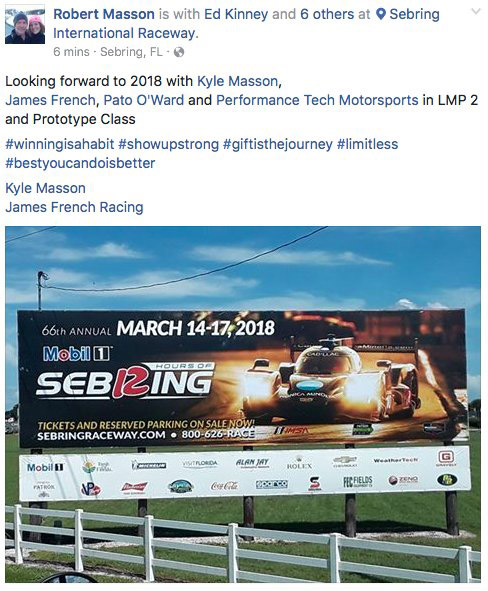 Further details are not yet known but the reference to LMP2 in the tweet clearly points to a Gibson engined LMP2 rather than a DPi effort.