Matt Griffin is the latest star name to be added to the 2018 Rolex 24 Hours at Daytona entry, the rapid Irishman is added to the #82 Risi Competizione Ferrari 488 GT3 in a packed and high quality GTD class.

Griffin then joins his 2017 FIA WEC GTE AM rival Miguel Molina in the car alongside Mexican trio Ricardo Perez de Lara, Martin Fuentes and Santiago Creel for the opening race of the IMSA season. 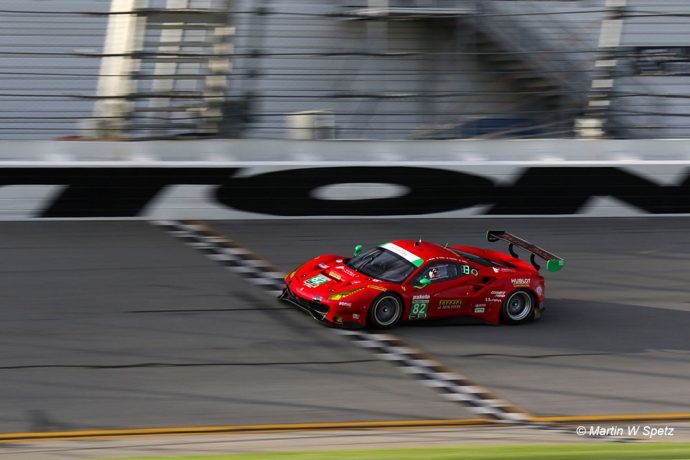 The addition of Griffin, one of the most experienced Pro Ferrari GT3 drivers to create a five driver entry reflects the expectation that the race is set to be fast and closely fought. Molina and Griffin will both be forces to be reckoned with if, as is usually the case it seems, the GTD battle comes down to a late race dog fight.

It will be Matt’s third Rolex 24 Hours (he raced in both 2014 and 2015, finishing fourth three years ago and setting the fastest lap of the race in class.

“I’m delighted to be involved,” Matt told DSC earlier today. “Every Professional driver wants to be involved with the big races, and the big teams. This will be my first run with Risi Competizione and again that’s a source of pride. I first met Guiseppe Risi back in 2008, almost at the beginning of my time with AF Corse and Ferrari (this will be Matt’s 11th season with the team), and it is an honour to now be driving for his team, real fan favourites and for good reason. The cars are always stunningly turned out and always run well.”

Track action for the 2018 Rolex 24 Hours at Daytona gets underway next week with full live coverage on IMSA Radio.