This weekend is a significant one for Corvette Racing. 2018 sees the Pratt & Miller run team taking on the Le Mans 24 Hours for the 19th time, as part of the team’s 20th year anniversary tour.

While the prime focus for the team this weekend is on scoring class victory number nine at La Sarthe, there’s plenty of intrigue on the future of the programme, especially as we stand on the eve of the 2020 top class regulations being released by the ACO. 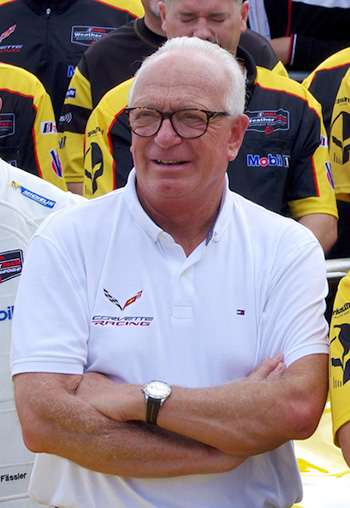 Given the oppourtunity earlier today, DSC spoke to Corvette Racing’s programme manager Doug Fehan about what could be in store for the years to come:

So, Doug, let’s start with GTE and the future of the current car. Will we be seeing a new car soon?

“As far as new cars go, eventually there will be an eighth generation Corvette, but right now I don’t know when that’s going to be. I can assure everyone that, when it comes out, we will be racing it.

“Obviously Chevrolet and Corvette have some of the most advanced engineering in the world, and produce a great product. When you talk about mid-engined and front-engined, I look over at our friends from Ferrari, who have introduced their fastest production car ever, and they’ve done it with a front-engined car. So there’s a lot of speculation whether or not the next Corvette will be mid-engined. But we won’t find that out until we know when, or if, they’re going to build one.”

Theoretically, if the new Corvette was announced, could you run a racing version as early as next year?

“I don’t think the regulations allow it. With the advent of the ‘Super Season’ and the timing of the way the rules read, I don’t think we’d be able to homologate anything next year. We’ll be running what we’re running now.”

Tomorrow, the new regulations will be released by the ACO. Where do you stand on the potential of GTP being the top class and the opportunity that brings?

“Every year we step back, and globally we look at what developments have taken place in racing, where we can best showcase our product. And we will do that after the rules and philosophies are released and they have a blueprint for where they want to go. I can guarantee you that we’ll go away and evaluate it, and see if it fits our plans. You can never rule anything in, or out. Right now it would be too soon to say, because we haven’t seen them, but it would be unfair to say we’re not interested in doing that. Every year we look where we can go, and the objective is to find the right place.” 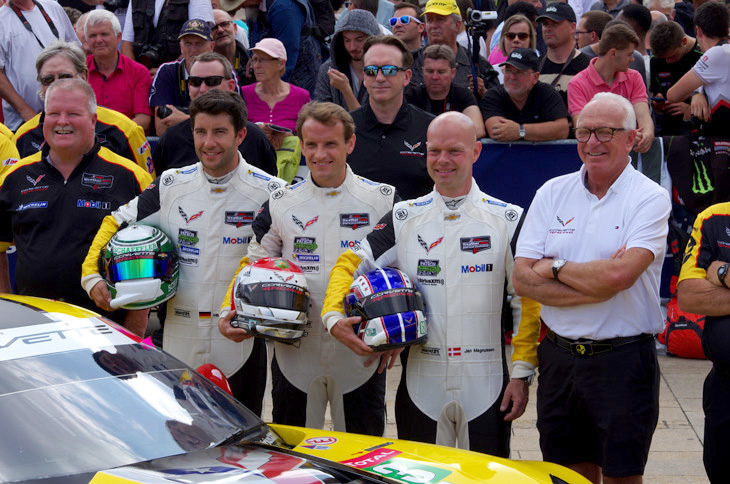 How much would running for overall wins in the WEC, or at Le Mans mean for Corvette?

“I have to say, obviously an overall win here is a big deal, but it’s way bigger in Europe than other places. It’s not that it isn’t a big deal in America, but in America, they like brand relevance. They like that we’re competing against rivals in the showroom, that it’s a real Aston, Ford, BMW. That’s what helped us build the GT class in America. There was a time when it was just us, but other brands saw what we were doing and there’s a reason they came to join us, because it sells cars, makes our cars superior and gets us exposure.

There was a time when it was just us, but other brands saw what we were doing and there’s a reason they came to join us

“That’s the bottom line and that’s what we’re about.” 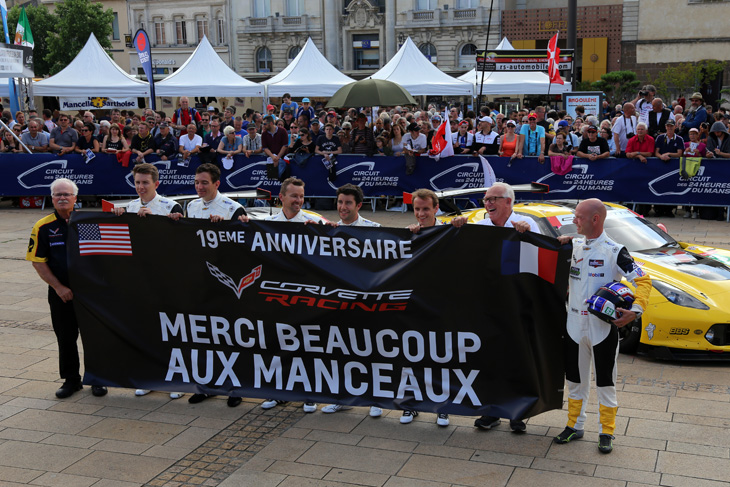 Do you feel that a move to GTP would potentially damage what we have in GTE/GTLM right now, with so much factory involvement?

“We’re not ruling anything out. An overall win at Le Mans is a unique achievement, and when you look at the intent of the past efforts to create something unique, it became too expensive.

“This move, to the credit of the sanctioning bodies, is to find something that’s more affordable and technologically representative of where you want to go, with proper brand identification, so it would stand a better chance of attracting manufacturers.

“But I’m sure that there will be manufacturers who continue to run both. Porsche is a prime example, with a big customer race programme, and they’ve shown in the past that they can do both.”

Customer cars. Obviously the C7.R is the oldest in the field, but is there still any sort of drive to get customers racing it in IMSA, the WEC, ELMS, going forward?

“We have never discouraged customer cars. Many of these customer programmes are only around to generate revenue that will further the race programme. When we set this up we wanted to be independent of that, as in my experience, I’ve seen the issues and challenges that running a customer programme presents. I didn’t want to be involved in that. I wanted the programme to be clean and self-funded. 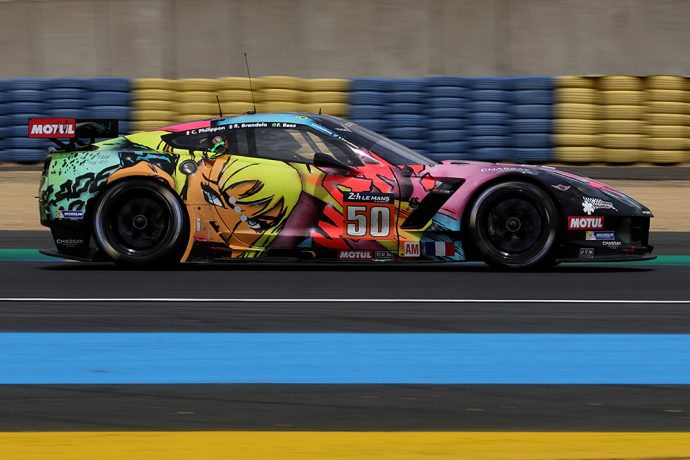 “We hope that it will continue, there are always cars available for sale. If customers want them, they can have them, but we’re not concerned about developing customer programmes.”

Is there any chance we see WEC involvement from Corvette in the foreseeable future, with GTE Pro so strong?

“The real answer is that General Motors is a huge conglomerate of brands, divisions and companies. They all run separately but are owned and run by the same people, there are just completely different silos. It’s the same in North America and Asia. This programme is driven by Chevrolet of North America, and we have a limited budget, and it doesn’t make a whole lot of sense for the North American budget to support things going on in other countries.

This programme is driven by Chevrolet of North America, and we have a limited budget, and it doesn’t make a whole lot of sense for the North American budget to support things going on in other countries

“If we could get some of those other countries to participate, and find the value in it, then I’m sure we could run a global programme in the WEC. But that would take separate GM companies coming together, which isn’t easy to do. Le Mans is the exception because it’s the holy grail of all of motorsport. Would we like to do WEC as well? Of course, but we can’t burden North America financially with that. And, by the way, we are also limited in the number of Corvettes we can make and we have a much greater demand in Europe than we can meet.”

How about the Sebring race? We’ve seen Corvette Racing do the double at CoTA with the WEC in the past. That’s coming up. Will you be defending your home turf in the WEC race on Friday as well as the 12 Hours? 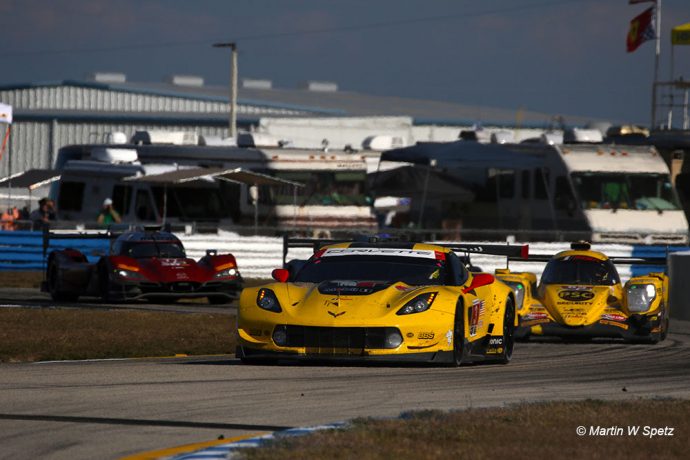 “As I said previously, everything is on the table. Is it a possibility? Of course!