In the wake of the announcement by Stephane Ratel of a new for 2019 ‘GT2’ class, now another trademarked SRO product (alongside GT4), the trademark application having been made in June 2017, Stephen Kilbey caught up with the SRO founder and CEO to dig into just what is expected from GT Racing’s newest class:

Tell us about the concept of the new GT2 class in the context of GT3 and GT4?

“The concept of GT4 is to go back to small cars, if you look at the evolution of GT3, it’s more and more downforce, it’s more and more race cars. The more downforce on a race car, the more difficult it is for an amateur driver. We see it in the sports club, which has matured. At one point there was a rumour about GT4 plus, but if you want to take a GT4 car and run it with full power you have to re-develop everything.

“Let’s look at this model, and some of these cars can be developed.”

Which cars can you imagine being put forward for GT2?

Are you talking Aston Martin Valkyries? Surely not?

“No, no, no, not GT1 level. It’s a bugbear, we don’t touch that. This isn’t hypercars, but the most powerful of standard car ranges, and I think they can be developed into extremely exciting race cars. 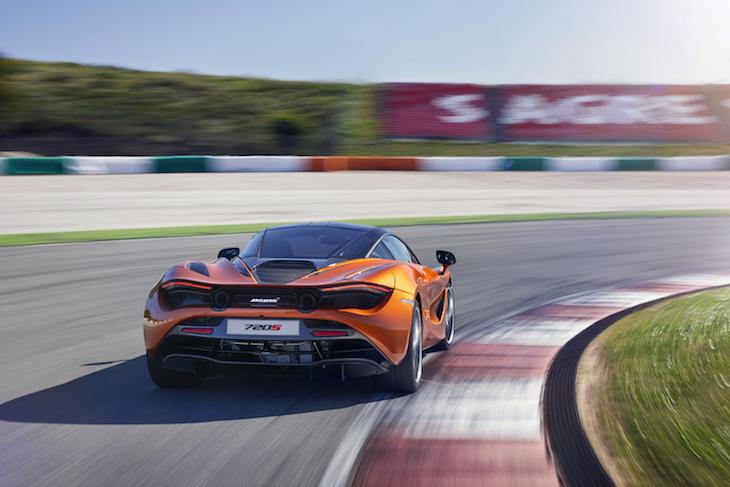 “I wouldn’t have done this if I didn’t think I had positive feedback from manufacturers that could be interested.”

Just give one example of a car that will be in this?

“I won’t because I want you to have the surprise when they are announced.”

Could you see GT3s being converted into GT2s?

Next year you’ll have a pilot race?

“We want to do a pilot race yes with the cars. We are thinking about that. It’s not to create a championship after that, it’s to reinforce the existing GT3 championships. You know my long-term goal, in Britain, is to have a separate GT4 series, I’m sure if we had a British GT4 cup we’d go from a 26 car grid to 40. But then you’d only have 12,13,14 cars on the grid in GT3 which isn’t enough.

“But if you add GT2 cars to it, it could be a good grid. It could be the same in Asia. The Am classes are not there anymore. We want this for the Ams, because we have no Ams in Blancpain Sprint, series like that.

“These cars will compliment series, this will become the Am class. They won’t be suitable for endurance though, because of the weight and power. Next year we won’t have many. Maybe just a one-off, then just a few in the Sports Club and British.

“From 2020, World Challenge, Blancpain Asia, and Blancpain Europe would get this in the Am class.”

How many manufacturers do you anticipate? Initially at least?

“I don’t like to throw numbers, but maybe three would be great for a start. I’m talking to a lot of them because commercially it makes sense. But it’s not me to say who will do this or not.

“I think it will be very successful because you have powerful, fast cars, the ultimate track day cars that can compete in competitions.”

Could you see this replacing GT3?

“No GT3 is healthy. We have no other goal than to continue developing GT3, as I have 12 manufacturers building them. I haven’t hid the fact that I wasn’t happy with convergence. If that went that direction, it wouldn’t be me, it would be the market. It’s (GT2) also a safeguard, in case, but it’s not to replace a healthy and successful category in GT3.”