Honda announced their worldwide motorsports activities today, which included the announcement of their teams and drivers competing in the GT500 class of the 2019 Autobacs Super GT Series from the Tokyo Auto Salon in Chiba, Japan.

Honda enjoyed a very successful 2018 season in the GT500 class of Super GT. The mid-engined NSX-GT won four races and claimed Honda’s first GT500 Championship titles since 2010. They look to 2019 hoping to maintain their excellent form from last season with a fleet of five mid-engined NSX-GTs, and a restructured driver lineup that retains eight Honda factory drivers from the 2018 season.

The dream team of Naoki Yamamoto, and 2009 Formula 1 World Drivers’ Champion, Jenson Button, will return to drive the #1 Raybrig NSX-GT for Team Kunimitsu. The famous blue and black Honda fielded by legendary team boss Kunimitsu Takahashi carries the champion’s number for the very first time, having won their first GT500 championship in 2018.

30-year-old Yamamoto enters this season as the reigning champion of Super GT and Super Formula, the first “Double Champion” in top-flight Japanese racing in fourteen years. Button, who turns 39 next week, will make Super GT his number one racing priority in 2019.

Keihin Real Racing welcomes 32-year-old Belgian star Bertrand Baguette, the winner of the final Suzuka 1000km in 2017, to the team after five seasons at Nakajima Racing. Baguette will partner Real Racing mainstay, Koudai Tsukakoshi, in the #17 Keihin NSX-GT that won the season-opening race of the 2018 season at Okayama. Tsukakoshi enters his 11th full season in GT500, having spent his entire Super GT career with Real Racing.

Team Kunimitsu, ARTA, and Keihin Real Racing will all run on Bridgestone Potenza tyres in 2019, the tyre that won seven out of eight races in the 2018 GT500 Championship.

Karthikeyan, who turns 42 later this month, continues his journey as a national racing trailblazer for India, bringing with him 48 Grands Prix of F1 experience and six seasons’ experience in Super Formula. Makino returns to Super GT for the first time since 2016, where he scored a podium finish in his very first start in the top flight, before going on to compete in the European Formula 3 Championship in 2017, and the FIA Formula 2 Championship in 2018.

Team Mugen, one of the most storied names in Japanese motorsport, will field the #16 Motul Mugen NSX-GT for 2013 GT300 Champion, Hideki Mutoh, and second-generation racer Daisuke Nakajima, running on Yokohama Advan tyres.

Honda will also compete in the GT300 class with an expanded roster of factory-supported teams using the Honda NSX GT3, which made its Super GT debut in 2018 season. The addition of Autobacs Racing Team Aguri (ARTA) and Team UPGarage brings two established, race-winning teams into the fold as the NSX GT3 seeks to win the GT300 Championships in 2019. 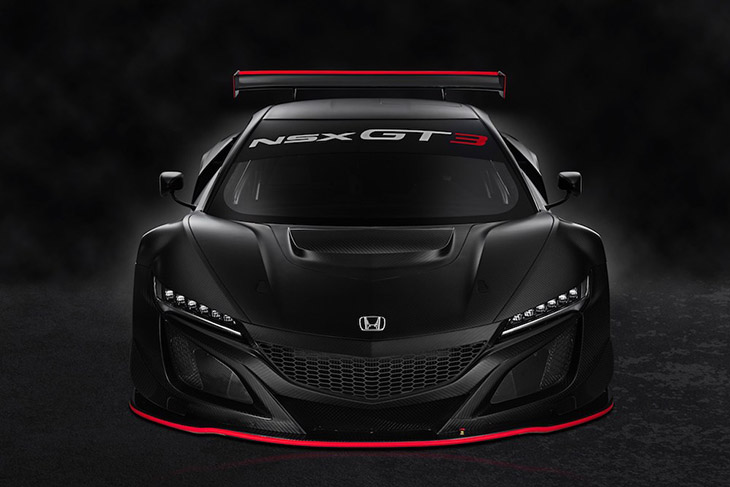 ARTA’s GT300 operation returns to Honda for the first time since fielding the previous CR-Z GT Hybrid from 2013 to 2015. The team’s veteran leader, 48-year-old Shinichi Takagi, will return to partner his new co-driver, 21-year-old HFDP prospect Nirei Fukuzumi, who returns from a three-year excursion in Europe competing in the GP3 Series and FIA Formula 2 Championship. With 20 career wins, Takagi is the joint-leader for all-time career GT300 victories, and won the 2002 GT300 Championship driving with ARTA.

Team UPGarage have competed in GT300 since 2015, and won their first race in 2018 at Okayama International Circuit. Takashi Kobayashi, a GT500 and GT300 class race winner, returns to the team and to the Honda family, to partner 39-year-old Honda mainstay Kosuke Matsuura, who returns to the GT300 class for the first time since 2012.

CarGuy Racing’s continued participation is under consideration, after competing with the Honda NSX GT3 in 2018.