Porsche continue their recent run of heritage liveries on their factory-run 911 RSRs with the reveal in the Daytona paddock this morning of the Core autosport-run pair for the IMSA season opener this weekend in Brumos Racing ‘tribute’ liveries. 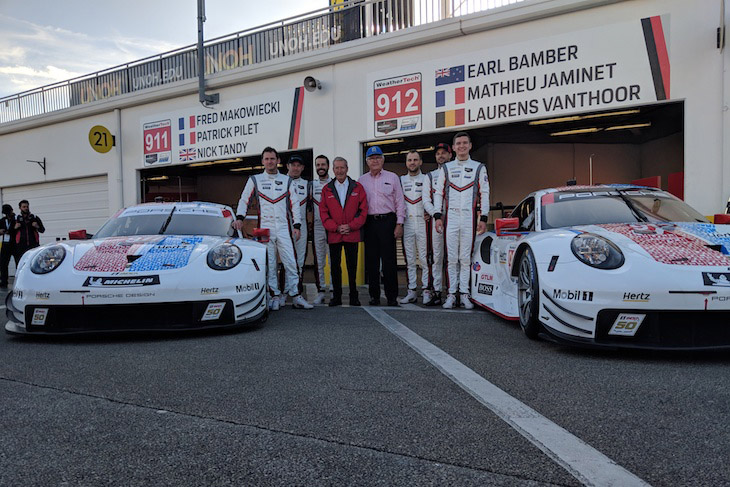 The Porsches are then the latest to follow the theme of significant colours from IMSA’s history in this their 50th year. 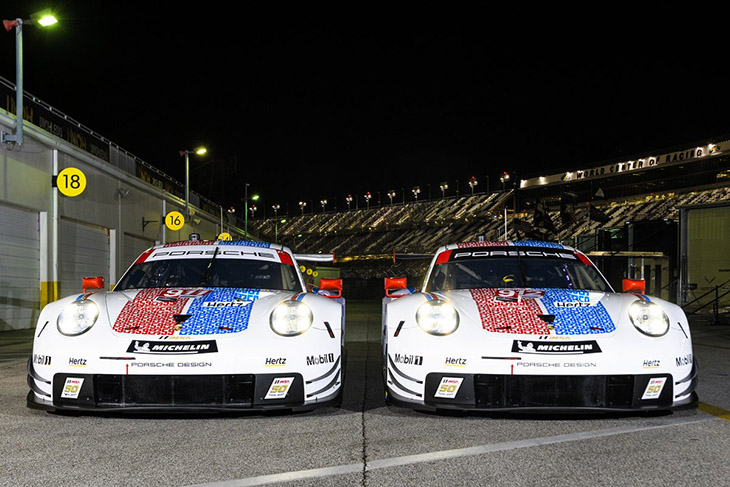 The Brumos tribute follows on from the well-received Rothmans and ‘Pink Pig’ colours at Le Mans last year, and then the 1998 911 GT1 colours for Petit Le Mans with the cars scoring wins in both events!

Brumos has won the 24 Hours of Daytona four times.

In 1973, Peter Gregg and Hurley Haywood won with a Porsche Carrera RSR, they repeated that result in 1975. 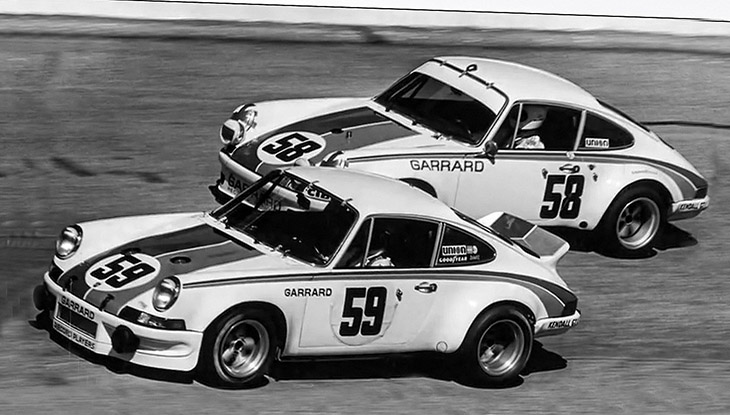 In 1978 Peter Gregg won a third time with a Porsche 935/77, together with Rolf Stommelen and Toine Hezemans.

Thirty-one years later David Donohue, Antonio García, Darren Law and Buddy Rice won the race in a Riley Mk XI with a Porsche engine in the 2009 24 Hours of Daytona. 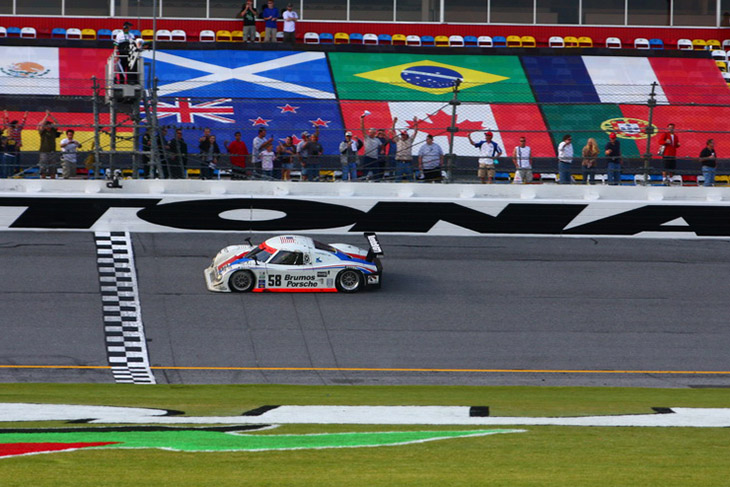 The 2019 livery has been designed in-house at Porsche. The blue and red stripes running from nose-to-tail are easily spotted from a distance but, upon closer examination, reveal the familiar solid stripes are actually comprised of a closely laid grid of the number 59.

The “sweeps” down the sides from headlight to taillight, draw directly from the team’s historic livery. A white windshield banner and rear wing mark the #911 whilst the #912 will have a black windshield banner, rear wing and red stripe below the doors.

Brumos was a founding stakeholder in IMSA, winning the first five of six races in the inaugural IMSA sports car season of 1971 with team and dealership owner Peter Gregg and a young Hurley Haywood sharing a Porsche 914/6. Since, the Brumos banner has flown over 48 IMSA victories and 15 IMSA Championships.

The immediately recognizable colour scheme identified Brumos through to its final GT championship in 2011 with Andrew Davis and Leh Keen behind the wheel of a Porsche 911. The race program closed in 2013.