The Jota Sport name will return to the FIA World Endurance Championship in 2019/20 with a familiar trio of drivers aboard one of their ORECA 07 Gibson LMP2 cars. 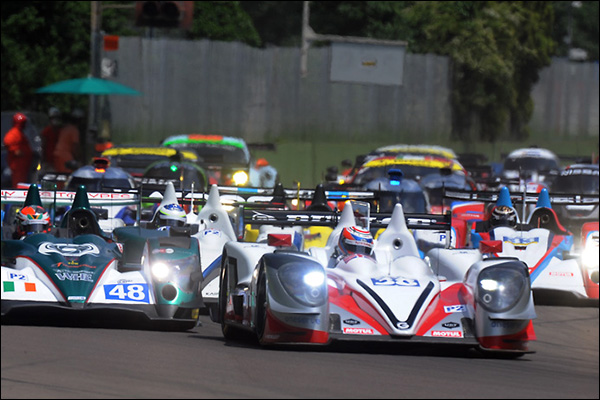 After racing successfully under the Jackie Chan DC Racing banner for the past two seasons, the Kent, UK-based outfit will enter an LMP2 car under their own name for a full season for the first time since 2015 (above) (the title-winning ELMS effort in 2016 was under the G-Drive Racing moniker, below). 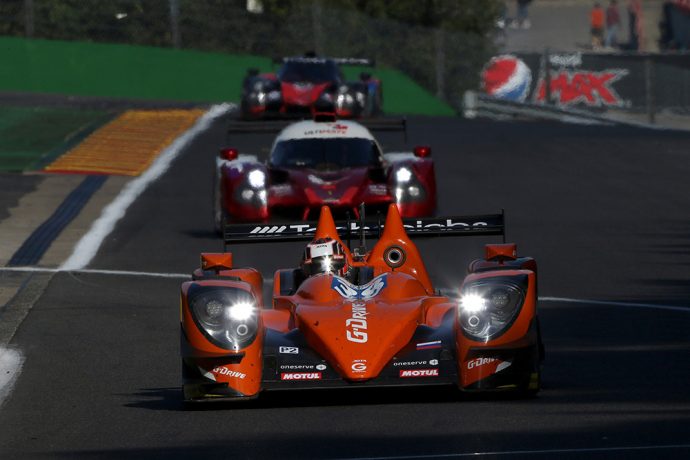 Jota Sport has had no fewer than eleven LMP2 victories in the FIA WEC since 2016 and will do battle next season with the ex DragonSpeed trio of Pastor Maldonado, Roberto Gonzalez and Anthony Davidson, winners last time out in the current season through the snow and hail at Spa Francorchamps.

Maldonado enjoyed a successful 14-year career in single-seater competition which saw him take titles in Formula Renault in 2003 and the GP2 series in 2010.

Between 2011 and 2015 Maldonado took part in 95 F1 Grand Prix races with the Williams and Lotus F1 teams. The Venezuelan’s F1 career saw him take Williams’ most recent victory at the 2012 Spanish Grand Prix.

Maldonado was an official F1 tyre test driver between 2015-2017 before he made his FIA WEC debut for the DragonSpeed LMP2 team at the 6 Hours of Spa in May 2018.

Roberto Gonzalez has been competing in the WEC full-time for the last two seasons as a highly rated silver categorized driver with previous teams Manor and DragonSpeed.

Anthony Davidson has been one of the UK’s top international racing drivers for almost 20 years having competed in Formula Three before he began a Formula One career which spanned 2002 to 2006/7.

Davidson took ten LMP1 WEC race wins with Toyota between 2012 and 2017 and was crowned World Endurance Driver champion in 2014.

The trio of Maldonado, Gonzalez and Davidson will get their first acquaintance with the JOTA squad at the official FIA WEC Prologue test at the Circuit de Catalunya in Barcelona on 23/24 July.

Sam Hignett, Founder and Co-Owner JOTA Sport: “We are delighted to welcome Roberto, Pastor and Anthony to JOTA for our next campaign which looks set to be the most exciting for us yet in the WEC.

“Recent races have shown all three to have already moulded a potent and race winning combination, so we believe that this can be harnessed to really mount a strong force for the new WEC season.”

Roberto Gonzalez: I’m feeling very excited and grateful as this will be my fourth season in the FIA World Endurance Championship, and what better way than to race with a winning team like JOTA.

They are a top team with proven results. We have the expertise and professionalism required to keep up with JOTA’s level.

“I would like to thank Sam [Hignett] and [fellow JOTA Co-Owner] David Clark for trusting me and my teammates. As drivers, we have shown integration, respect and support for each other and we have earned our spot as one of the most competitive lineups in our category.

“We know that together, we will be a major force. I will put all my effort into this new challenge so we can make the most out of this opportunity and get great results and also represent Mexico and Latin America in the best way possible.”;

Pastor Maldonado: “It feels super nice to have our programme already fixed in for the 2019/20 WEC season.

“I think this will be a great combination between us all after our season together at DragonSpeed which is coming to a close next month at Le Mans.

“The JOTA squad are well-known up and down the paddock for being a very professional and successful team so I cannot wait to go racing with them.”

Anthony Davidson: “I am really looking forward to be heading into a full FIA World Endurance Championship season with JOTA, together with Roberto and Pastor as my teammates. We have enjoyed success together as car crew and hopefully, this new partnership will see us fighting for more race wins and the Championship in LMP2.”

DSC expects a further (and positive) announcement about the Jackie Chan DC Racing team for 2019/20.