DragonSpeed Bow Out Of LMP1, But Reveal A Request Was Made To Race A Different LMP1

Just before the #10 BR1 Gibson left the pits for the final time, the car expiring out on the circuit, DragonSpeed’s LMP1 adventure ending in the darkness, DSC caught up with Team Owner Elton Julian: 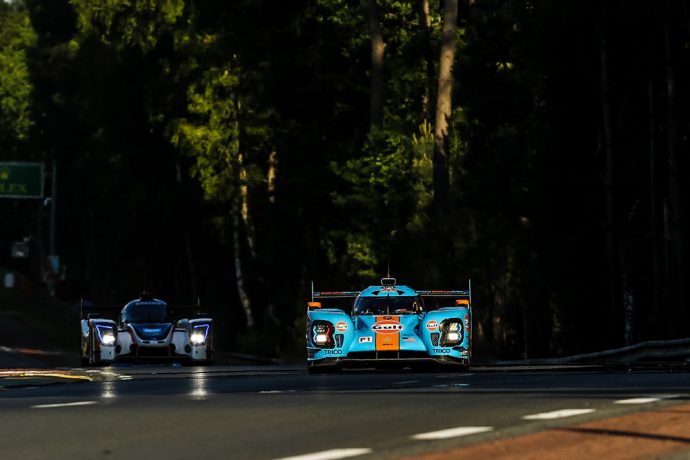 “We knew it would be like this here, and we tried, really very hard, to get agreement from the organisers to run a different car here in LMP1. The discussions went a long way down the road but ultimately we did not get the necessary approval. With the hindsight that’s a real shame.”

Each of the Toyotas had a single issue during the race – the #8 with the fix to the door that was believed to be causing a minor aero imbalance, then the slow puncture and tyre sensor issue that ultimately lost the race for the luckless #7 car. 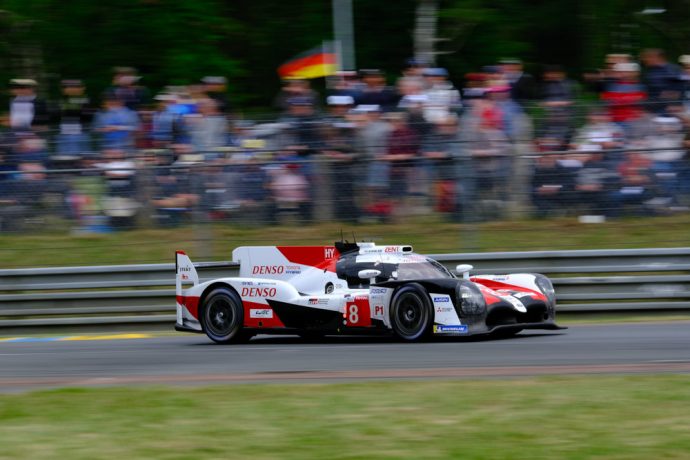 The reliability and remarkable pace from the Toyotas offset the relatively high number of interventions in the race, including eight Safety Cars, to see both TS050s finish on the lead lap, the first time in the WEC and Hybrid eras that this has occurred. 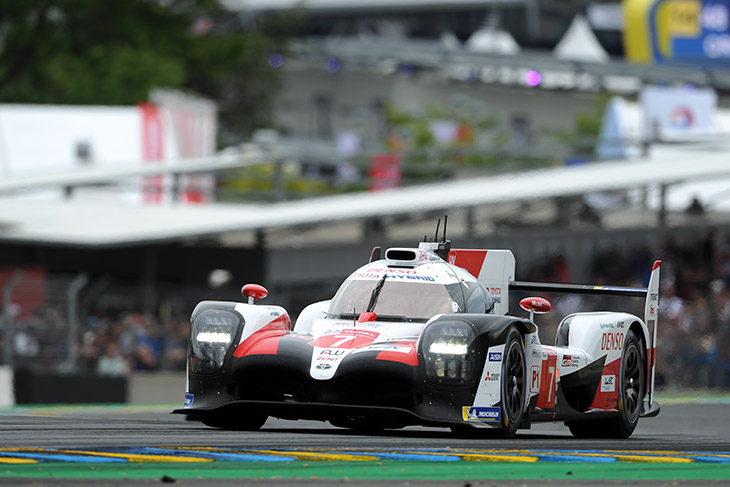 The last time the first and second placed cars at Le Mans finished on the same lap was the 2011 race with the Lotterer/ Treluyer/ Fassler Audi holding off the Peugeots.

The last time cars from the same team finished 1,2 and on the same lap was 1983 – Rothmans Porsche pulling off the same feat as the hobbled winner was being caught fast by Derek Bell’s chasing car. 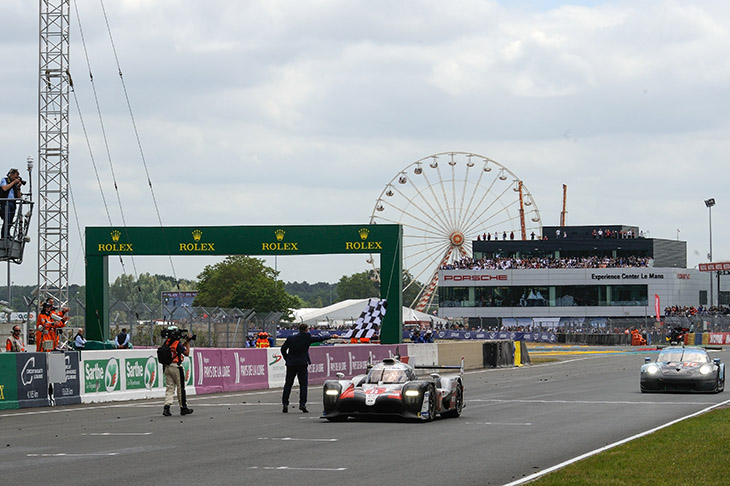 Kazuki Nakajima became the first ever Japanese Driver in any discipline to secure an FIA Drivers World Championship – and would have done so whichever position in the top 2 he finished in. Three Up For Fernando

The WEC win for the Toyota trio secures a third FIA World Drivers Championship for Fernando Alonso, and, of course, a title in a second discipline in the sport, only the second time that has been achieved after Petter Solberg’s successes in both Rallying and Rallycross. 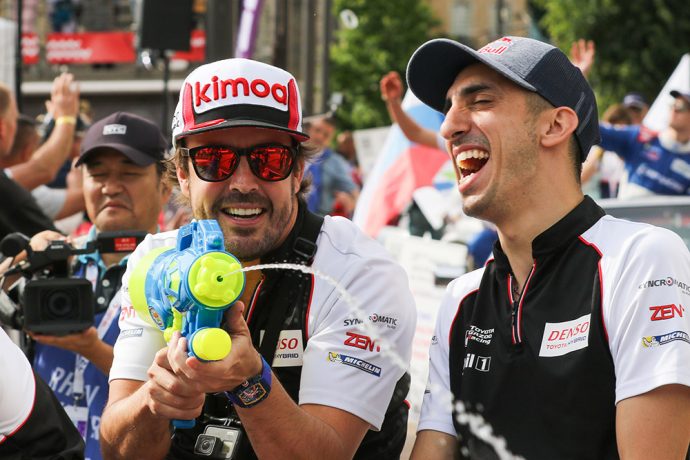 Mike Conway’s early race 3:17.297 signalled intent as the #7 car broke away from the sister Toyota, it was also a race lap record, edging the mark held since 2015 by Andre Lotterer in the Audi R18 by just under two-tenths of a second. 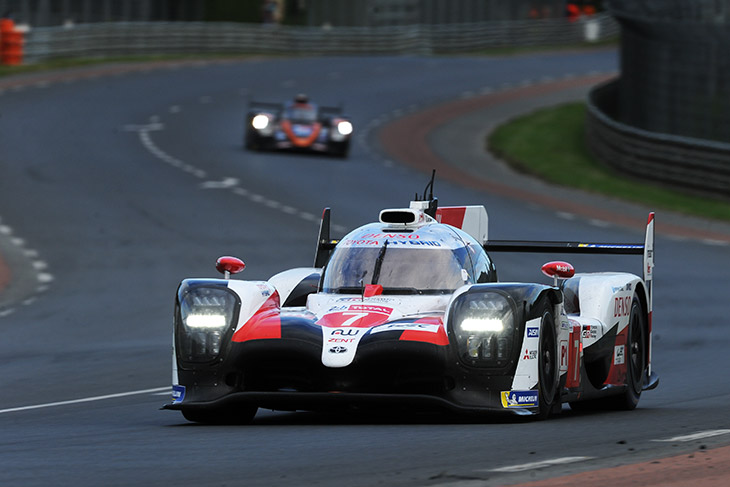 Crowds Were Down Again 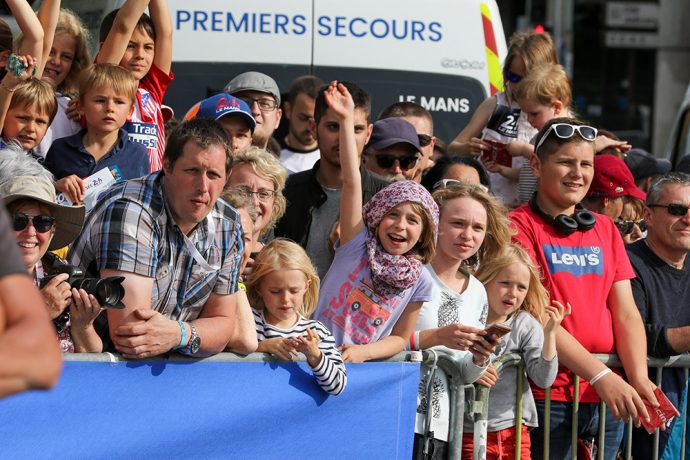 This was, by far, the best result of the season for the SMP Racing team, both cars ran strongly until the big off for Orudzhev in the #17 eliminated that car. 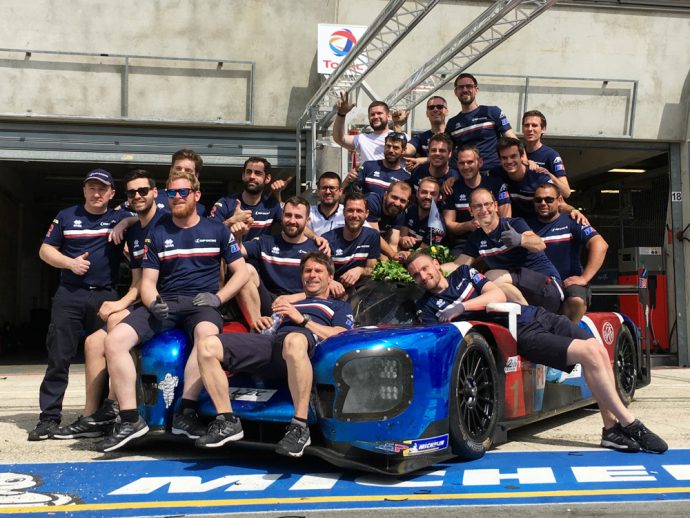 The #11 though made it to the finish, fending off the Rebellion challenge and claiming the first overall podium for the team, for any Russian-flagged effort.

AER On The Podium

The SMP Racing podium marked too the first for AER on the overall podium, the P60C proving now to be a strong and reliable powerplant, the new for Le Mans aero doing the business too with Stoffel Vandoorne again topping 350 km/h in the race, as he had done at the Test Day. 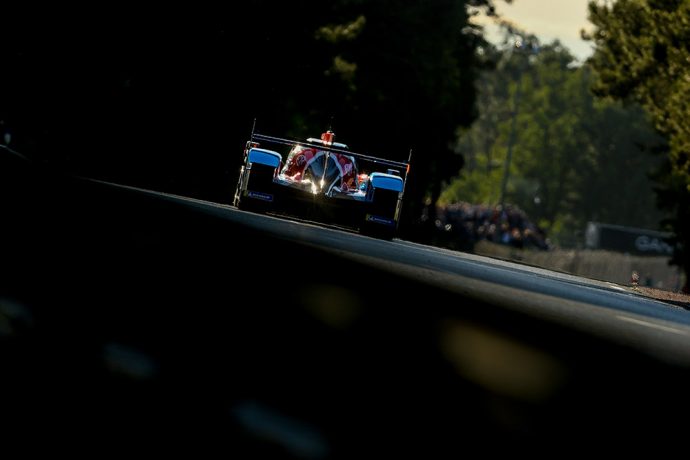 Lapierre Laps It Up

Nico Lapierre continues his 100% winning record in LMP2, now four wins in four starts over five years! He’ll be back in 2020 with Cool Racing. 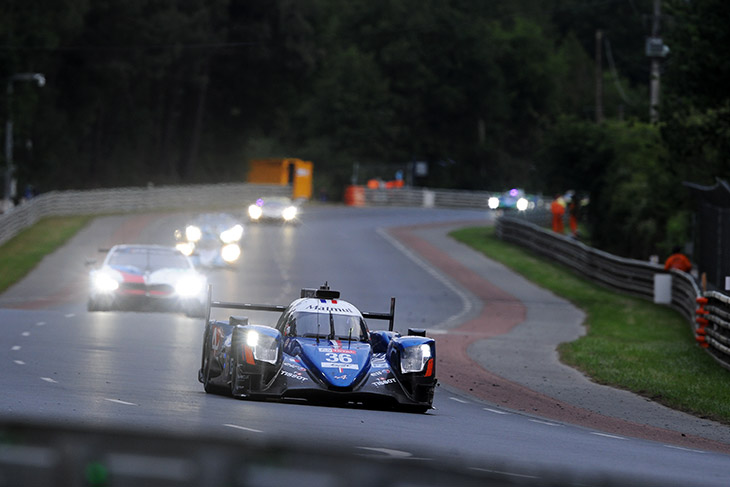 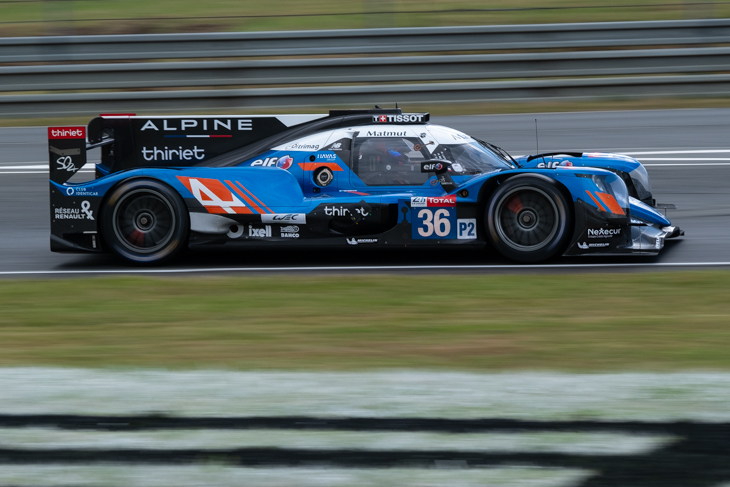 It means too that they have maintained a 100% record in the Super Season of finishing on the podium in every race.

In contrast, Aston Martin saw a full season record fall at the final fence, the accident for Marco Sorensen, that eliminated the #95 Vantage GTE, seeing the first and only DNF of the debut season of the new car from AMR. 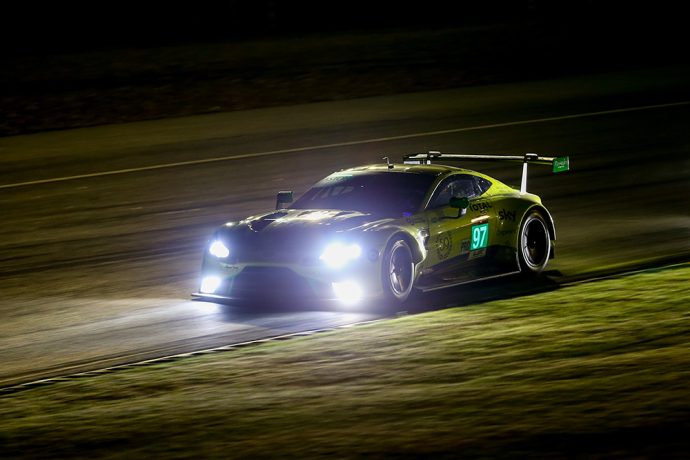 Daniel Serra’s win in the AF Corse Ferrari means that he is the only man in the GTE Era to take wins at Le Mans for different manufacturers, this after his win with Aston Martin Racing in 2017. 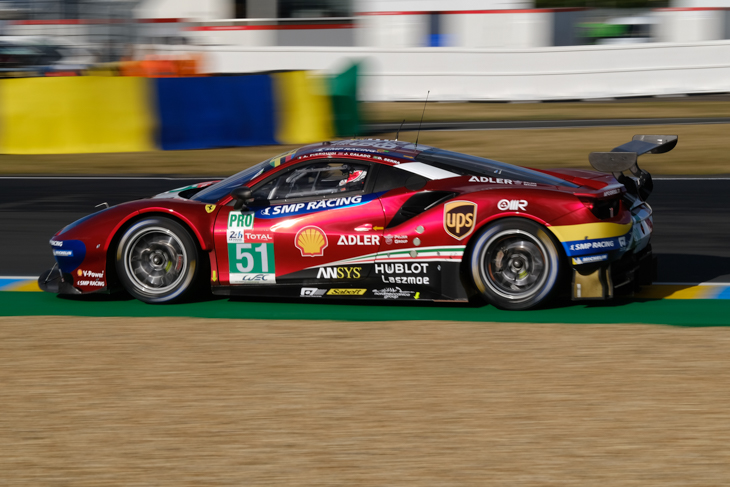 Perfect Score From Project 1 and the Porsche 911 RSR

The first FIA WEC season from Project 1 Motorsports ends with a WEC title and a Le Mans win for the #56 car.  It also marks a 100% winning record in the GTE AM class by the current Porsche 911 RSR after the win last year for the #77 Dempsey Proton car in the new car’s first outing in GTE Am. 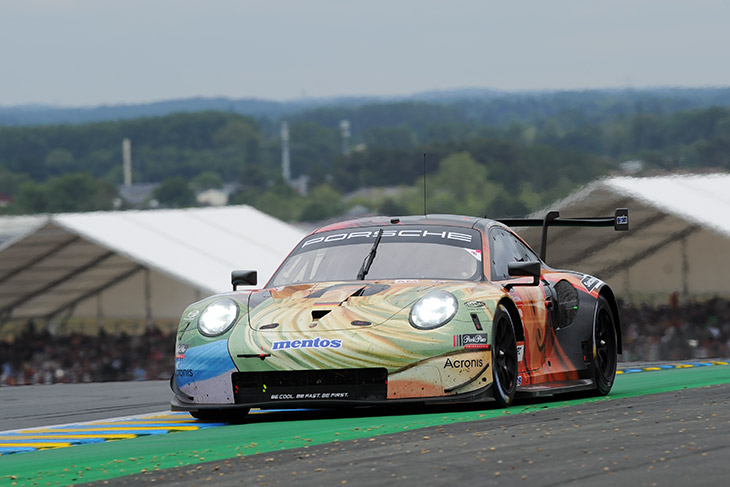 The exclusion from the GTE AM win for Keating Motorsport means that the only non-WEC entrant allocated an automatic Le Mans entry loses that prize. 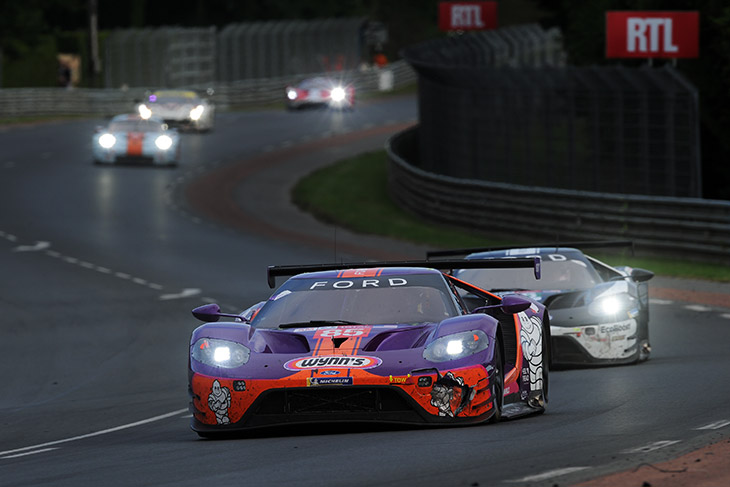 Against the current rules Project 1 are unlikely to be able to add their third car from the ELMS to activate their auto entry as there is a restriction to a team only now allowed two per licence – and their 2019/20 WEC entries were both filed against the same licence that Le Mans was won under!

The switch to a new cycle for the season means too that the incoming FIA World Champions (Toyota, Porsche, Fernando Alonso, Seb Buemi and Kaz Nakajima, Kevin Estre and Michael Christensen) will have almost half a year to wait before they are officially crowned as such, that happens at the end of year FIA Gala!

Michelin took only their third win in LMP2 in the FIA WEC era (Dunlop have won all of the remainders), and their first Le Mans win since 2010 in LMP2 securing a clean sweep of all four classes as a result. 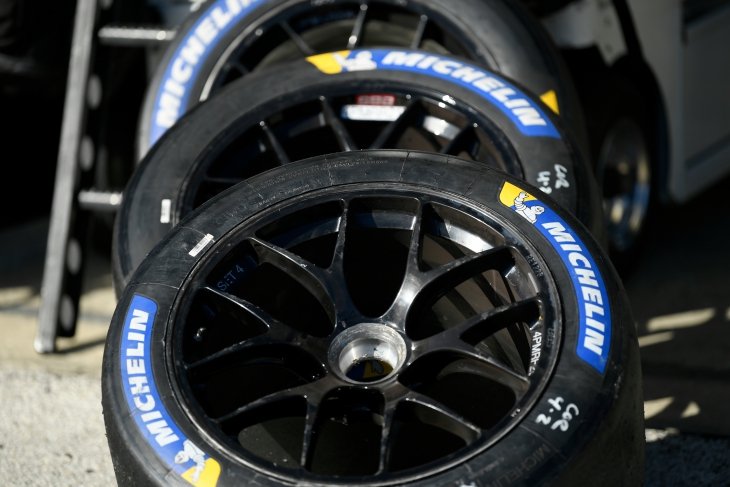 The elimination of the #85 Keating Motorsport Ford GT from the results marks the second consecutive yer that a car that crossed the line first in class was later disqualified after an identical fate befell the G-Drive ORECA last year in LMP2.  Remarkably its the second year too that cars in fourth place in GTE Pro have been penalised. 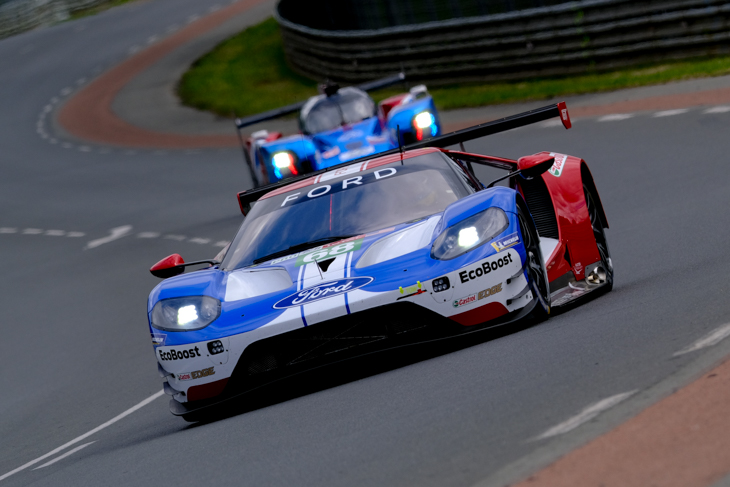 The #68 this year was excluded, the #67 last year lost 8 places to a driver hours infringement, that same car profited from their team-mates misfortune in 2019.

The exclusion of the #85 means that 11 nations were represented on the top steps of the overall and class podiums. Only Brazil had two representatives – LMP2 winner Andre Negrao and GTE Pro winner Daniel Serra: 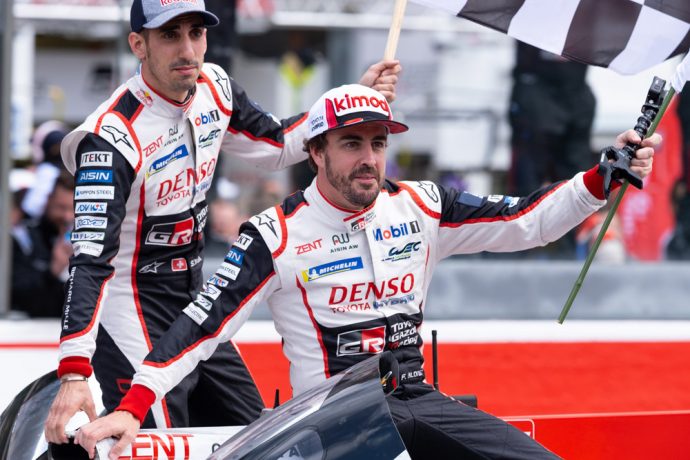 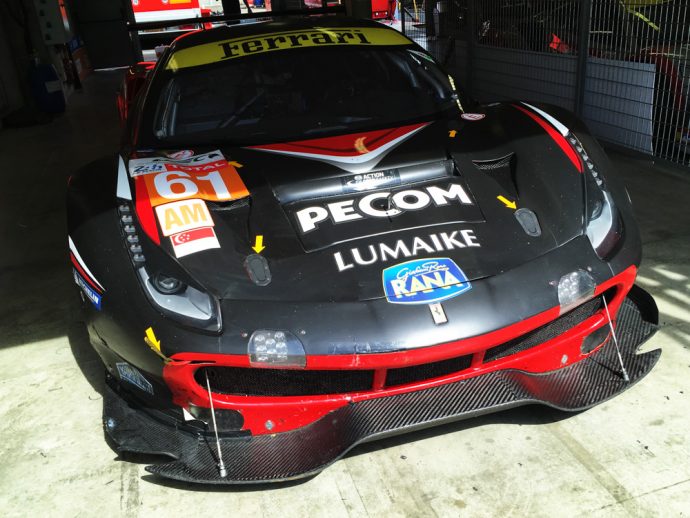 It will be the last Le Mans appearance too for the US end of Chip Ganassi Ford’s operation.

The pair of post-race disqualifications meant that just 47 cars were classified. There was one non-classified finisher, the RLR ORECA, 11 retirements, two disqualified cars and a non-starter (#99 Proton). 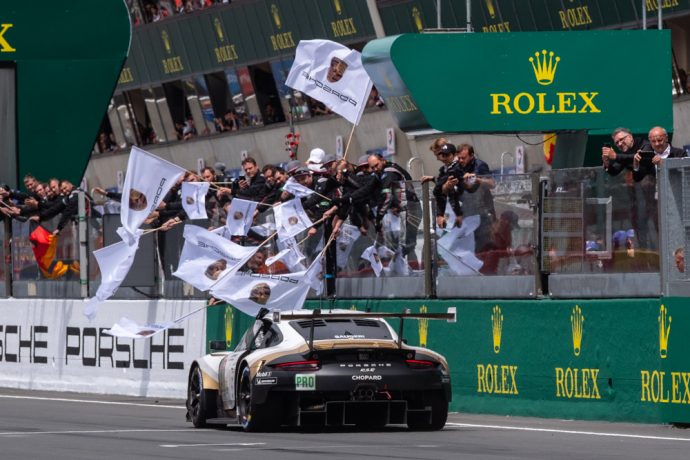 Sam Bird looks set to step down from AF Corse’s WEC effort as the calendars of the WEC and Formula E substantially collide in the coming season. 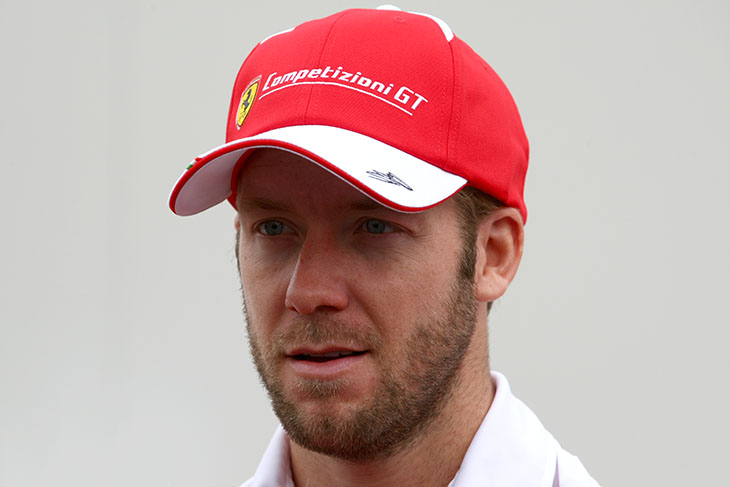 There’s an enigma too in the Toyota Gazoo Racing Camp for Sebastien Buemi, though Toyota has a record of sorting these things out in good time, expect either their Reserve Driver Thomas Laurent to substitute and/ or the team to run two driver line-ups at the pair of 4 hour races in the coming WEC season.