The evolution of Porsche’s GTE/ GTLM car, the Porsche 911 RSR-19 has been revealed at the Goodwood Festival of Speed with Gianmaria Bruni taking the new car up the hillclimb course. 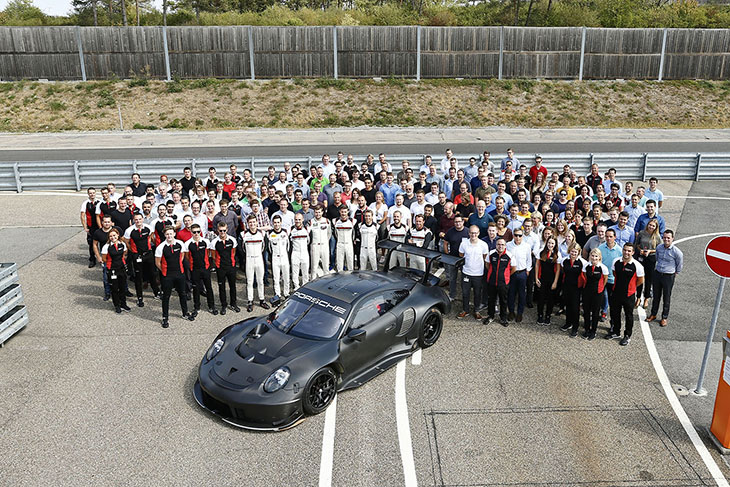 The updated car succeeds the 2018-19 WEC Championship-winning car that also took the GTE Pro win at Le Mans last year, plus GTE Am titles in both the WEC Super Season, as well as both Le Mans wins in the class in 2018 and 2019.

The 911 RSR-19 is powered by an updated/ upgraded, rear-mid mounted six-cylinder naturally-aspirated engine now of 4.2 litre (4.194 litre) displacement, the largest ever ‘boxer’ configured engine in a works 911 racing model. 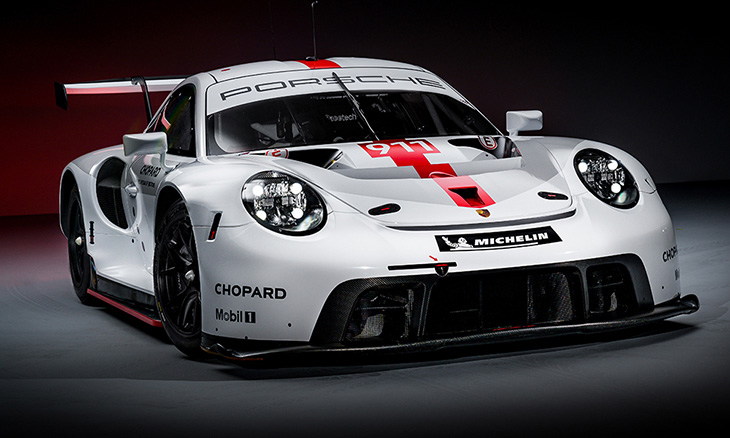 As clearly shown is shots from testing earlier this month at Monza the car also features two significant additional changes with more rear downforce provided by a significantly different rear diffuser, that development facilitated from the change from rear-exiting to side-exiting exhausts, a weight saving, and a significant change too to the car’s distinctive exhaust note! 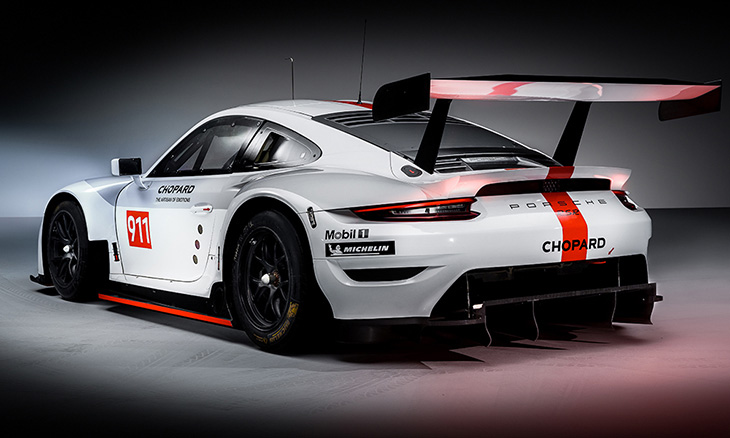 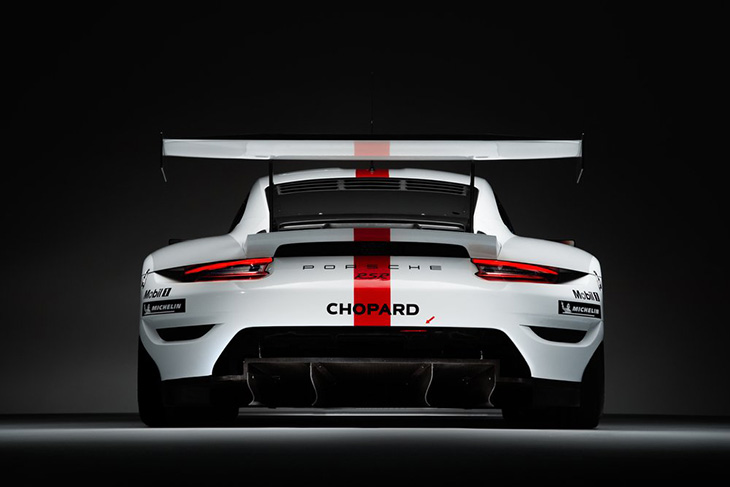 Additional improvements have been made in cockpit ergonomics and in safety, Porsche’s collision warning system tweaked to even better detect approaching prototypes. There’s a revised roll cage, as well as additional impact protection for the legs improve the passive safety in the event of an accident. 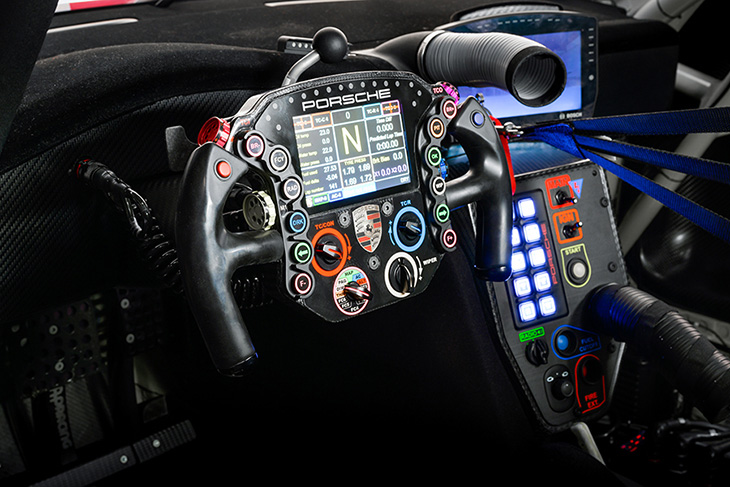 Fritz Enzinger, Vice President Porsche Motorsport:  “Since 2017 the 911 RSR has yielded us more than 20 class wins in the world championship as well as at long-distance series in North America and Europe. Our job in development was to make a very good car even better. The engineers at Weissach have perfectly implemented this in every aspect.” 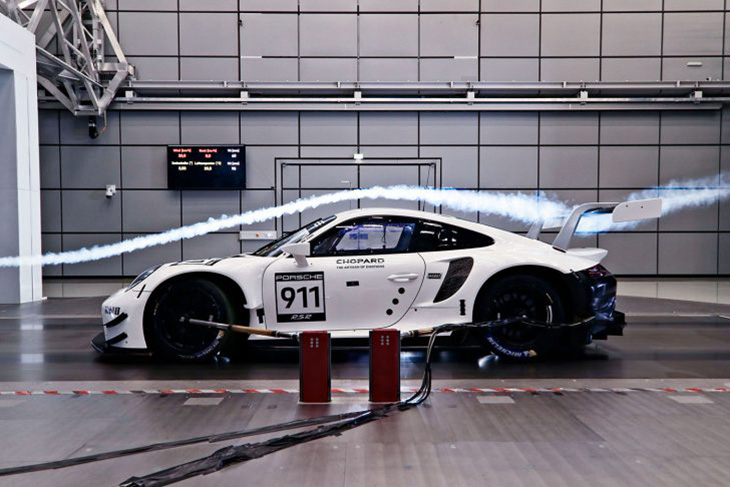 Pascal Zurlinden, Director GT Factory Motorsport: “We never rest on our laurels. We’ve extensively analysed all factory and customer campaigns with the Porsche 911 RSR. Our engineers noticed room for improvement in a number of areas. We have made significant progress in the development of our car for the next three-year homologation period, especially in the complex areas of driveability, efficiency, durability and serviceability. Ninety-five per cent of the car is new. The only components that we’ve kept unchanged from the predecessor are the headlights, brake system, clutch, driver’s seat and parts of the suspension. Tests so far have run excellently. We’re already looking forward to the first races of the 2019/2020 FIA WEC season.” 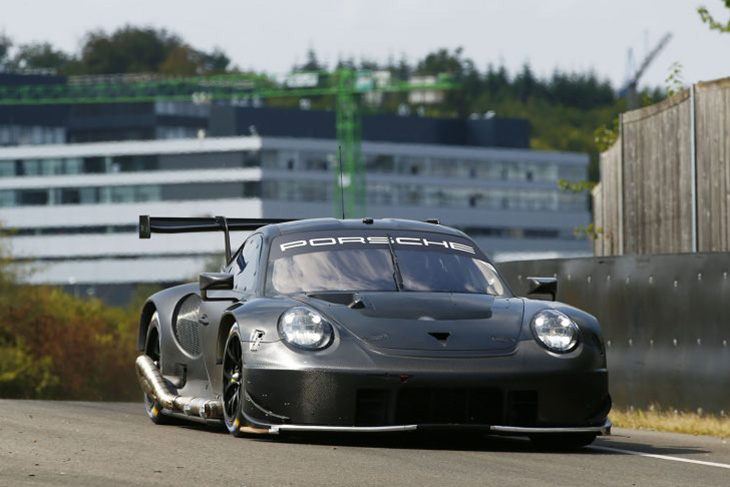 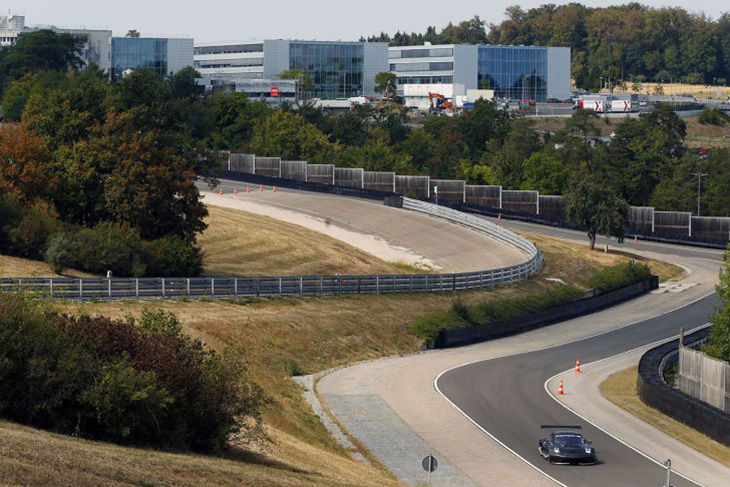 After the regular roll-out tests at Weissach last August (pictured above) the new car has tested extensively.

“Another milestone was our long-run in March 2019 at Le Castellet, where we included the works teams from both the WEC and IMSA. We covered more than 6,000 kilometres over 30 hours without any technical hiccups. The drivers and engineers were very satisfied. The car received its racing homologation on 1st July,” added Zurlinden. The car has since tested at both Monza and, late last month, a two car test at Spa Francorchamps. 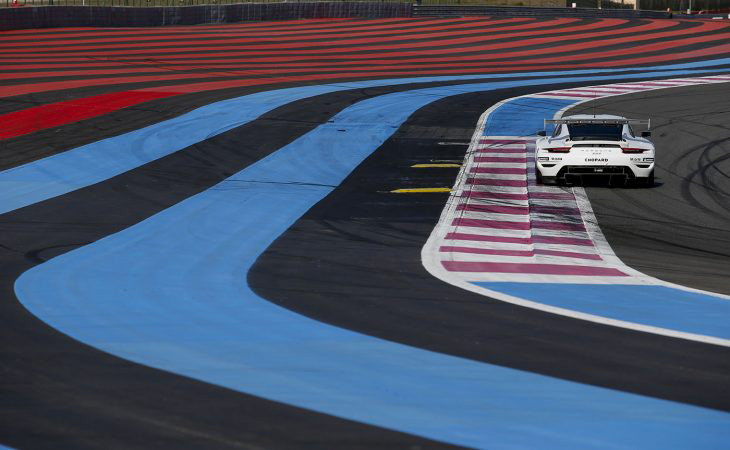 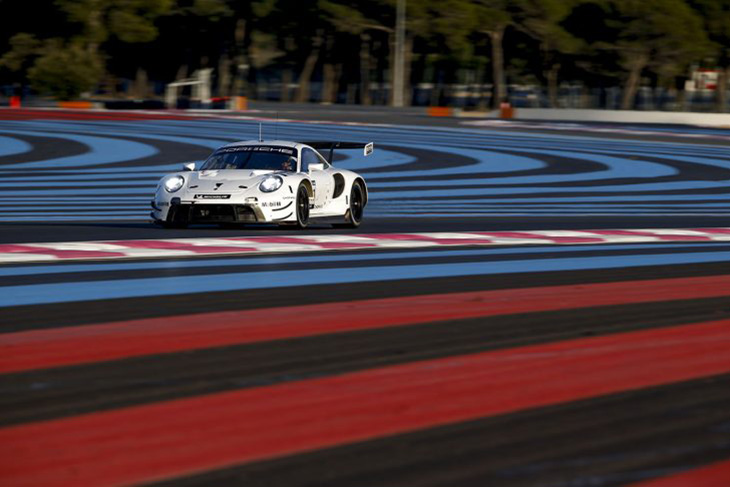 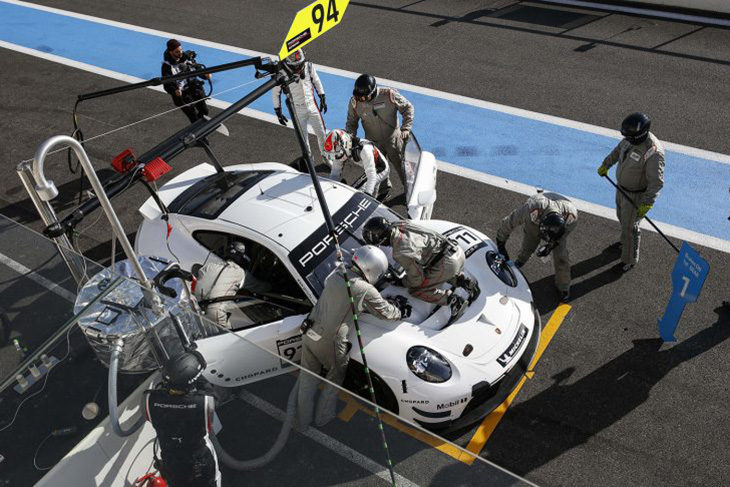 The car will debut at the 2019/20 FIA WEC race at Silverstone on 1 September.