Plans for the SRO’s new GT2 category to race in Europe, the US and Asia have been revealed at the organisers’ annual Spa 24 Hours press conference.

The Asian series will support Blancpain GT World Challenge Asia at Sepang on 28-29 March and most likely Suzuka on 20-21 June and the Shanghai 888 event in October.

A third as-yet-unconfirmed GT2 car will be unveiled at the final round of the 2019 Blancpain GT Sports Club in Barcelona later this year, with SRO founder Stephane Ratel saying he expects up to three additional marques to unveil GT2 machinery over the course of 2020.

The Barcelona event will also be the first time the already revealed Porsche 911 and Audi R8 GT2 cars race against GT3 competition, giving organisers their first impression of the relative performance of the two categories in the hands of amateur drivers. 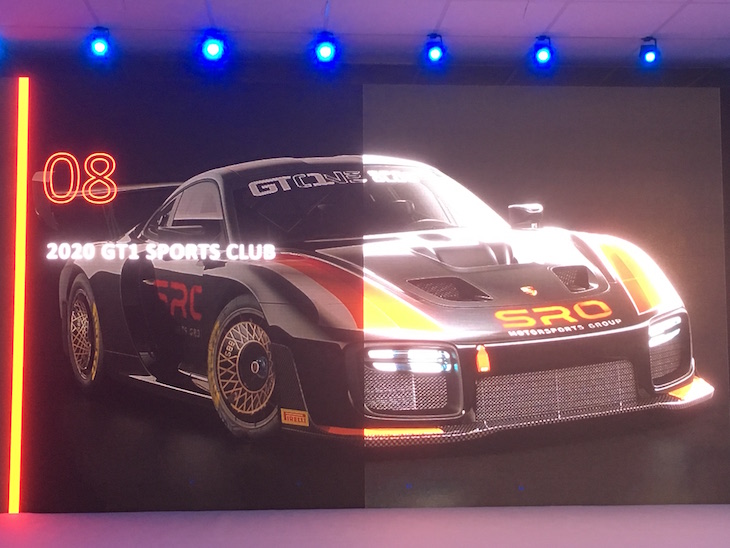 Elsewhere, the rumoured revival of GT1 has been confirmed as a return of Ratel’s ‘Ultracar Sports Club’ concept from a few years ago. It will be aimed at owners of ultra-exclusive, track-only cars like the Aston Martin Valkyrie AMR and McLaren Senna.

Just two events are planned for 2020 thus far, with expansion on the cards for 2021 if it proves a success. Paul Ricard on 3-4 October (supporting French GT) and Kyalami on 21-22 November (supporting the 9 Hours) are the dates.

Ratel said that the format of GT1 Sports Club events will be down to the car owners themselves; whether they want to run parade laps, a time-trial-style format, ‘non-contact’ racing or a full-on race will be up to them.