Audi Sport has launched its first GT2-spec car at the Goodwood Festival of Speed today, the R8 LMS GT2, becoming the second major OEM to commit to the new formula.

Oliver Hoffmann, CEO of Audi Sport GmbH, Chris Reinke, Head of Audi Sport customer racing and nine-time Le Mans winner Tom Kristensen together with the Duke of Richmond, the organizer of the Goodwood Festival of Speed, unveiled the new car. The new R8 LMS GT2 has features an output of 470 kW (640 hp), making it the most powerful car in the eleven-year history of Audi’s customer racing programme.

“This sports car with its emotive high-performance V10 engine marks the top end of our customer racing program. The legendary event at Goodwood is the ideal venue for unveiling such a fascinating sports car,” said Oliver Hoffmann.

The most powerful model in the eleven-year history of Audi Sport customer racing: Say hello to our new Audi R8 LMS GT2.⁰

The race car has been designed for competition in SRO’s upcoming GT2 category. GT2 (which bridges the gap between GT3 and GT4) will debut Europe and North America in 2020. It will feature cars with high longitudinal dynamics, with the aim of attracting gentlemen drivers who want to race and/or enjoy track days. 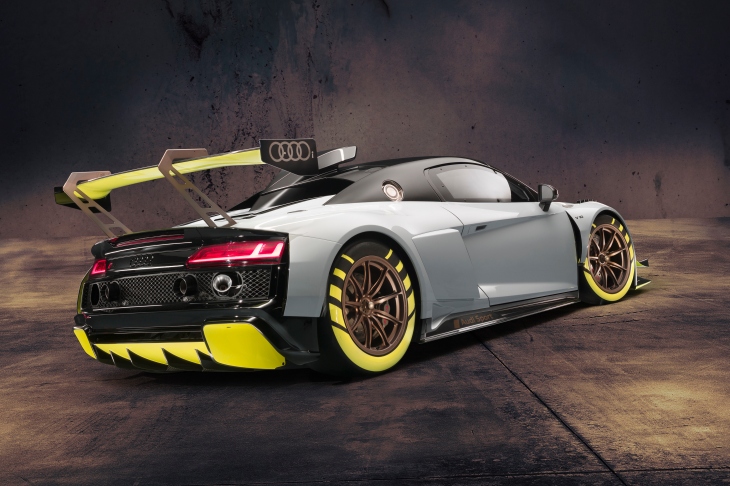 The GT2-spec R8 is the most powerful version of the Audi R8 LMS, selling for a price of 338,000 euros (plus VAT). It can now be ordered ahead of the first batch of deliveries by Audi to customers in December.

The only other manufacturer to formally launch a GT2 car to this point is Porsche, though other marques are understood to be working on cars to compete in this new formula. Glickenhaus told DSC last month that it plans for its new 004 model to be GT2 eligible and convertible to GT3.