The eighth season of the FIA World Endurance Championship is upon us, and once again the LMP2 class is the only category which features a ‘tyre war’. This year though, it has a fresh look to it, as Dunlop departs the WEC stage left and hands the baton to its parent company, Goodyear, which looks to continue to take the fight to French constructor Michelin.

Dunlop’s legacy in the FIA WEC is one that deserves recognition. During the past seven seasons, it has dominated the LMP2 class, winning the class title and Le Mans six times and supplied tyres to LMP1 privateer efforts and high-profile and highly successful GTE teams on occasion too. But the time has come for Goodyear to feature in the FIA WEC, as the brand makes moves to further its high-performance tyre range and generate global recognition.

Goodyear has had plenty of success in ACO sportscar racing in the past, though not since the turn of the century. The most recent of its 14 Le Mans wins was back in 1997, and its that heritage which the brand hopes to live up to during its first year in the WEC. 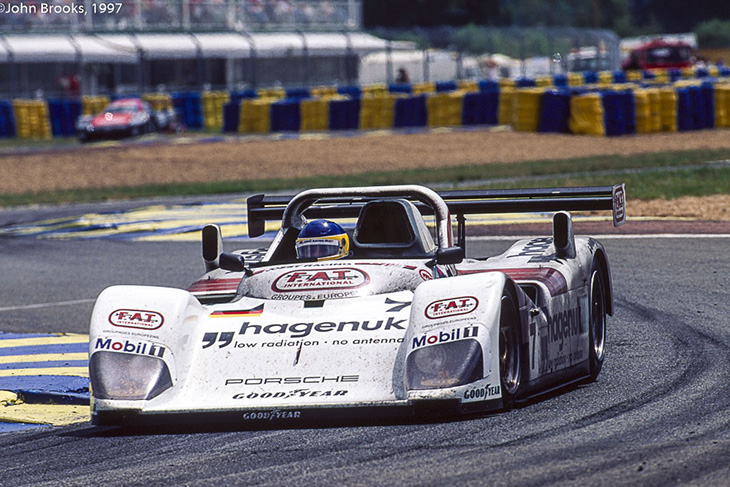 “Goodyear never really went away. Motorsport is part of its DNA,” Ben Crawley, the director of Goodyear’s WEC programme, told DSC. “And, it’s still heavily active in NASCAR racing in the United States.

“What we’re intending to do, is bring the brand back into sportscar racing is part of an overall brand building focus to increase engagement for the brand.

“The timing is perfect because we were re-establishing our credentials and our presence within the high-performance tyre market with the launch of a road-legal car range, the Eagle F1 Super Sports tyres which the company has launched in the last few months in Europe.”

Goodyear is far more of a globally recognisable and marketable brand outside of Europe than Dunlop, so this move makes sense. Will Dunlop continue on in the European Le Mans Series beyond the 2019 season? That remains to be seen, Crawley telling DSC that no decisions have yet been taken. Should it continue on, then maybe, just maybe, three brands will feature at Le Mans next year with the best of the ELMS teams come up against the WEC pack in June.

In LMP2, the quality of a tyre brand’s customers is as important as the number

Earlier this week Goodyear’s LMP2 tyres were on show publicly for the first time, with four of the eight LMP2 cars sampling them during the two-day Prologue test in Barcelona. Unfortunately for the American brand, it only ended up with three of the teams signed up, that being Jota Sport, Jackie Chan DC Racing and High Class Racing.

The other team to sample the range was Racing Team Nederland, its new ORECA completing back-to-back tests with Michelin (its tyre supplier from last year) and Goodyear, before making a decision on Wednesday to stick with its previous partner.

How big of a blow is this? That remains to be seen. In LMP2, the quality of a tyre brand’s customers is as important as the number. In a Pro-Am formula like LMP2, achieving strong results often comes down to having as many of the teams that field driver line-ups stacked with professional and borderline-professional drivers as possible.

Take last weekend’s ELMS race in Spain as an example. G-Drive Racing dominated on Dunlop tyres with its ORECA 07 (badged an Aurus 01), and beat a train of Michelin customers behind; the second-highest Dunlop team on the results sheet, crossed the line sixth. 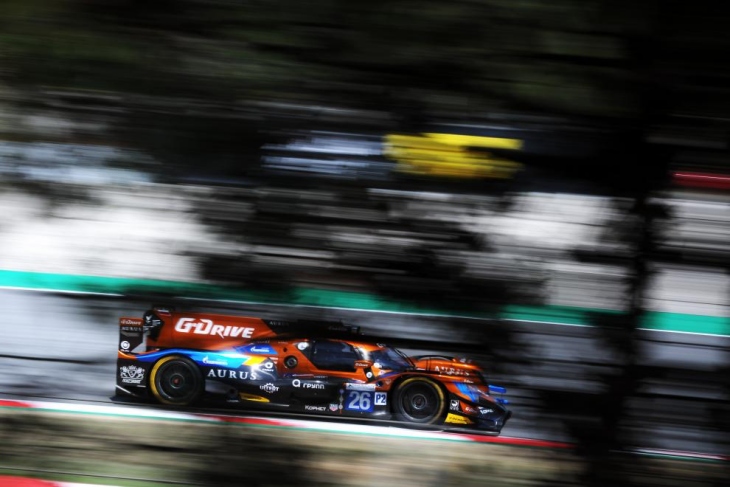 Thus, by ensuring that teams with a history of winning, like Jota Sport and Jackie Chan DC Racing (which are both run by Jota), are signed up, was key. Racing Team Nederland’s success rests on the performance of its team owner – and Bronze driver – Frits van Eerd throughout the season. However, there will be one race where Job van Uitert (who currently leads the LMP2 title race in the ELMS) stands in for van Eerd, creating a formidable trio of himself, Nyck de Vries and Giedo van Der Garde.

On the other side of the fight, Michelin has five teams signed up, including reigning LMP2 champion Signatech Alpine and United Autosports, which has switched to ORECA in an attempt to take the WEC by storm in its maiden campaign.

It should be a competitive fight. Read into the testing times at Barcelona, where Michelin teams finished 1-2-3-4, at your peril. There was much talk in the paddock surrounding the conditions in Spain, which saw the ambient temperature regularly exceed 30 degrees and the track temperature surpass 50. This is abnormal and made performance testing difficult to read.

The longevity of the tyres was on display though, as it was during the four-hour ELMS encounter prior to the test. During the race, G-Drive was known to have quad-stinted its right-side tyres, an eye-opening achievement when the fact that the Russian-flagged, TDS Racing-run crew won by over a lap is considered.

Ask around the paddock and there’s a split in opinion on which tyre constructor offers the best option for the season.

Jota Sport team principal Sam Hignett told DSC that there was only the briefest of discussions within the team about sampling Michelin’s option. A decade of success with Dunlop, which has included winning LMP2 in the ELMS and at Le Mans, meant it “wasn’t a tough decision” to seamlessly make the transition to choosing Goodyear.

Racing Team Nederland on the other hand, feels that Michelin remains the best option for 2019/20. So too, does United Autosports, which made a mid-season switch from Dunlop during the 2018 ELMS season, and earned a pair of wins for its (rather) inconsistent Ligier JS P217 programme at the end of the season. 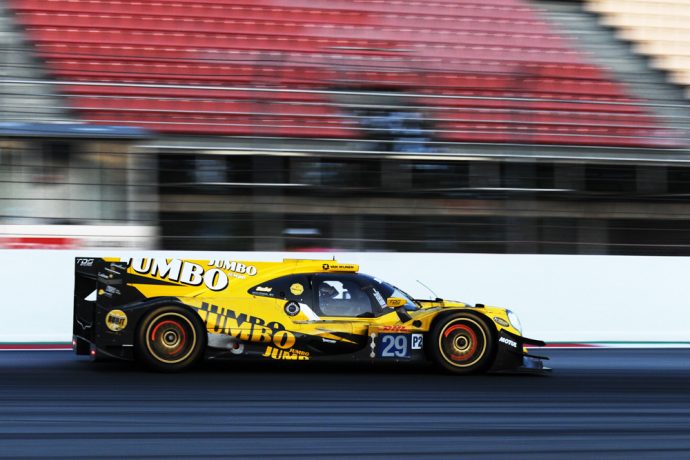 While it appears that all teams have made their decision there is still a chance to switch. Regulations still state that each team can make a single change during the season, and that will prompt both constructors to push hard to poach teams ahead of the 2020/21 campaign, which coincidentally is the first for the ‘Hypercar Prototype’ top class.

And it is the formation of the ‘Hypercar Prototype’ class which may shape the future of LMP tyres in the WEC. Currently, Michelin has a stranglehold in the IMSA paddock, with an exclusivity deal in three of the four classes (GTLM is open, but Michelin is the only manufacturer represented) and will be gunning for a similar stake in the FIA WEC.

‘Hypercar Prototype’, unlike the current LMP1 category, will be a single-tyre formula, and the tender process for that is fast approaching.

Michelin and Goodyear are understood to be sharpening their tools ahead of making their pitch. Both feel they that they have shown enough loyalty to the ACO over the years to earn the right to support the top class in the WEC, and are certain they have the resources to take on the challenge.

Victory in that tender process could pave the way for an exclusivity deal in LMP2 too. The ACO and FIA will look to level off the performance curve that open-tyre competition creates to prevent LMP2s from making strides. Any further gains in the coming seasons will only complicate the matter of separating the current crop of Gibson-powered prototypes and the ‘Hypercar Prototypes’, which are due to be significantly slower than the current LMP1s.

Creating a range that caters for grandfathered LMP1s, hybrid and non-hybrid-powered prototype-based cars, and hypercar-based cars, in the new category will not be easy

Crawley said that Goodyear would “relish the technical challenge” if it was chosen, but stressed that it needs “further clarity and alignment on the technical side of things.” It is also “continuing to have a dialogue with the ACO and FIA” and is “well advanced in terms of evaluating” ‘Hypercar Prototype’.

Creating a range that caters for grandfathered LMP1s, hybrid and non-hybrid-powered prototype-based cars, and hypercar-based cars, in the new category will not be easy, but it could prove to be extremely valuable in marketing terms if the new formula proves to be a smash hit.

Goodyear’s LMP2 effort, run by “familiar faces” from Dunlop’s team behind the scenes is, therefore, going to be rather more important than one may think, especially if it truly does see this move as the start of a longterm commitment. 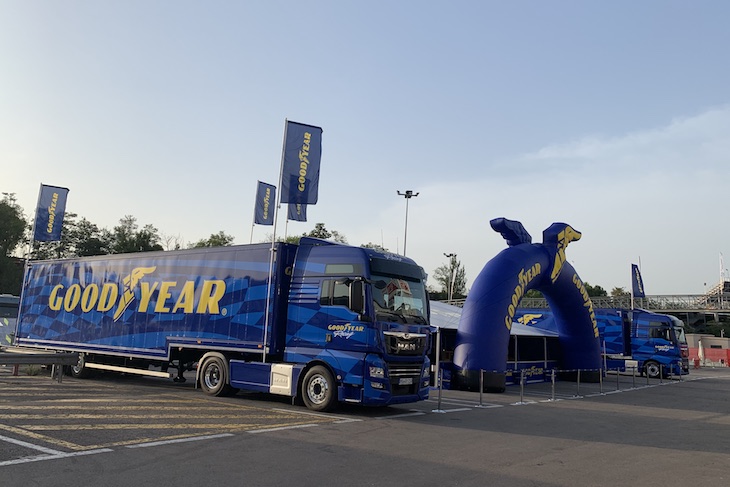 If it doesn’t go to plan though and Michelin does take the reins, then all may not be lost. Inroads could be made into GTE, which as recently as 2017, saw Dunlop prove its worth partnered up with Aston Martin Racing.

That’s for the future though. Before then, we have plenty of LMP2 action to look forward to.