Five more national teams have been confirmed for the GT Cup element of November’s FIA Motorsport Games, to be based at Vallelunga circuit.

Beaubelique and Pla finished as runners-up in last season’s FFSA GT/GT4 France standings before graduating to the Blancpain GT Series with AKKA ASP in 2019.

They joined with Mauro Ricci to take Pro-Am class victory on home turf at the Circuit Paul Ricard 1000kms. 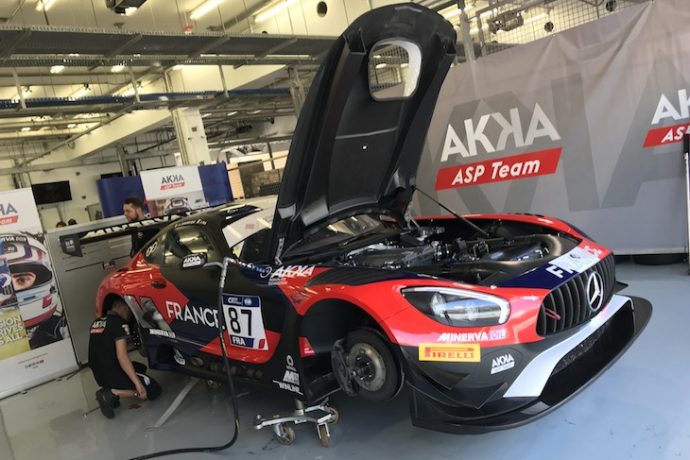 Team Japan will field a fresh line-up in the GT Cup as Hiroshi Hamaguchi and Ukyo Sasahara join forces aboard a Lamborghini Huracan GT3 run by FFF Racing.

The effort will reunite Hamaguchi with the squad with which he has enjoyed considerable success in Asia and Europe, while Sasahara will make his competitive debut at the wheel of Lamborghini machinery.

Hamaguchi is an internationally accomplished bronze-graded driver with a number of titles to his name. Having won the Blancpain GT Series Asia Pro-Am championship in 2018, he switched to Blancpain GT World Challenge Europe this term and secured another class crown. He competed in the Asian Le Mans Series in 2017/18.

23-year-old Sasahara has a wealth of experience in single-seater competitions. The youngster was a race-winner in the ultra-competitive Formula Renault Eurocup and is on course to capture this year’s F3 Asian Championship title, winning eight of the 12 races staged thus far. He has recently added GT racing to his skillset, competing with success in Porsche Carrera Cup Japan.

Inthraphuvasak has spent the 2019 season competing in Blancpain GT World Challenge Asia. His prior experience includes title success in Super Car Thailand, as well as spells in Porsche Carrera Cup Asia and a variety of GT series across the continent.

Kusiri has a winning pedigree in a range of continental championships, including title success in the TCR Asia Series. He has also competed internationally, racing both single-seaters and touring cars across the world. This term has seen the 26-year-old step up to the ultra-competitive Porsche Supercup, where he competes against Team Turkey’ Ayhancan Güven.

The Italian flag will be flown by father and son pairing Gianluca and Giorgio Roda.

Gianluca and Giorgio will drive a Ferrari run by AF Corse and decked out in the national colours.

Gianluca competed extensively in touring cars during the nineties before switching to GT racing in the 2000s. He became a fixture of the International GT Open grid and was part of the squad that won the very first Blancpain Endurance Series race at Monza in 2011, triumphing aboard a Porsche 997 GT3-R. Since then he has been a regular in the FIA World Endurance Championship and made frequent starts at the Le Mans 24 Hours.

Giorgio has also raced successfully in ELMS and WEC racing, he was class Champion in GTE with Proton Competition in 2018 in the ELMS.

Australia will be represented by another father and son duo, Stephen and Brenton Grove, again a duo that contested the Nations Cup last year in Bahrain.

The pair are returning too with their family team pepping a Porsche 911 GT3 R. 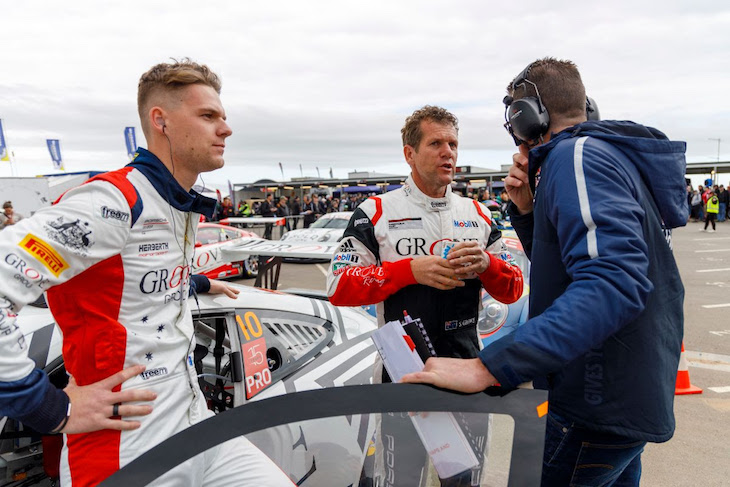 Together the Groves have accomplished plenty with Porsche including recently becoming the first father-son pairing to compete in Porsche Mobil 1 Supercup in 2019.

Stephen Grove said: “After doing the FIA GT Nations Cup last year we were pretty determined to come back the following year and push on from where we had really good momentum in 2018.

“Driving with Brenton helps a lot because we both understand the way each other drives.

“It really helps us with the car set-up, but it’s good because we can work together and we can understand what makes either of us a bit quicker and how we can tweak the car to get it right.

“We’re driving the GT3-R which we really enjoyed in 2018, so we go back with a lot more knowledge on things like set-up, ABS, traction control and how best to configure the car.

“We put forth our case from CAMS and said we had some unfinished business from last year and there was a reason why we wanted to go back.

“Fortunately, they accepted our application and we’re heading over to Italy to represent Australia.

“I think racing with my dad always helps with an event like this because we’ve done so much together, even when we’re not racing we’re always chatting to each other so we definitely know our strengths and weaknesses together.

“So every event we do just grows that and I hope it’s something that we continue to grow going forward.

“It will be great to drive the new GT3-R, its something that we’ve spoken about for a while and racing the older one last year it will be really nice to compare the two cars and see how Porsche has improved and developed the new car, which has obviously had a tremendous amount of success this year.

All races will be hosted at the Vallelunga Circuit near Rome, with the opening ceremony for the FIA Motorsport Games to be held on 31 October, and the racing set to get underway on 1 November.