With the first track action for the FIA WEC runners at Fuji just days away, there have been two notable pieces of news in the GTE Am class.

The first is that the #88 Dempsey Proton Porsche 911 RSR is set to be driven by Thomas Preining, ADAC GT regular Adrian De Leener and Japanese racer Satoshi Hoshino.

Hoshino returns to WEC action after his big off during the Le Mans 24 Hours back in June at the Porsche Curves. He was also part of the team’s line up during last year’s WEC race at Fuji.

De Leener is new to the WEC, though he did a test with Dempsey Proton at the Barcelona Prologue before the season opener at Silverstone. In Round 1, the #88 ran with Preining, Ricardo Sanchez and Gianluca Giraudi.

Gulf Racing meanwhile, will race at Fuji with a brand new, predominantly black livery on its 911 RSR. It is notable that the team’s car no longer features Gulf Oil branding. 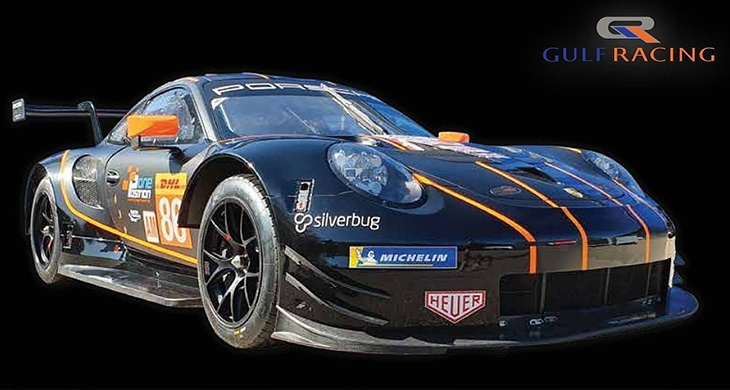 In announcing the change, the team said on Twitter that this new colour scheme represents a “new direction”.