Corvette Racing’s upcoming GTLM (GTE) challenger, the C8.R has been unexpectedly revealed today in Cape Canaveral Florida during the launch of the new Corvette Stingray convertible at the Kennedy Space Center.

Bring it in @TommyMilner! We can’t wait to see this car on track at the #Rolex24! 🙌 pic.twitter.com/l9ATbV1M6f

The C8.R (which replaces the outgoing C7.R) is a mid-engined model, as expected, and based off the new Corvette C8 Stingray road-going model. It will make its competitive race debut at the 2020 Rolex 24 at Daytona, the opening round of the 2020 IMSA WeatherTech SportsCar Championship.

“The C8.R is much more than just a race-tuned version of the 2020 Corvette Stingray. It’s a culmination of many years of testing and development between GM Design, Propulsion, Engineering and the Corvette Racing team,” said Jim Campbell, Chevrolet U.S. vice president of performance and motorsports. 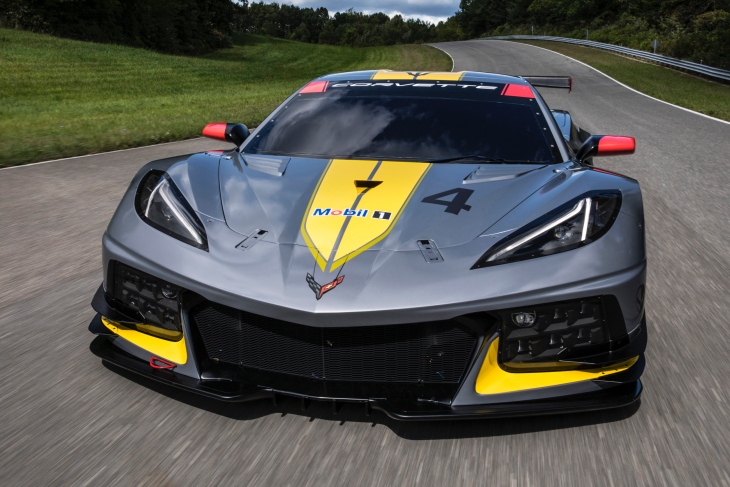 “The collaboration between these teams has allowed us to take these vehicles’ performance to the next level, both on the street and the track.”

Corvette Racing hopes to continue to win races and title, as it has done in its 20-year history competing with racing models of the C5, C6, and C7, which were all front-engined GT cars.

Since 1999, Corvette Racing has won 107 races – the most of any professional sports car team in North America – including 13 Team championships and 12 Driver and Manufacturer titles. In 2015, Corvette Racing became the first sports car team in 15 years win endurance racing’s Triple Crown – victories at Rolex 24 at Daytona, Twelve Hours of Sebring and 24 Hours of Le Mans – in the same season. 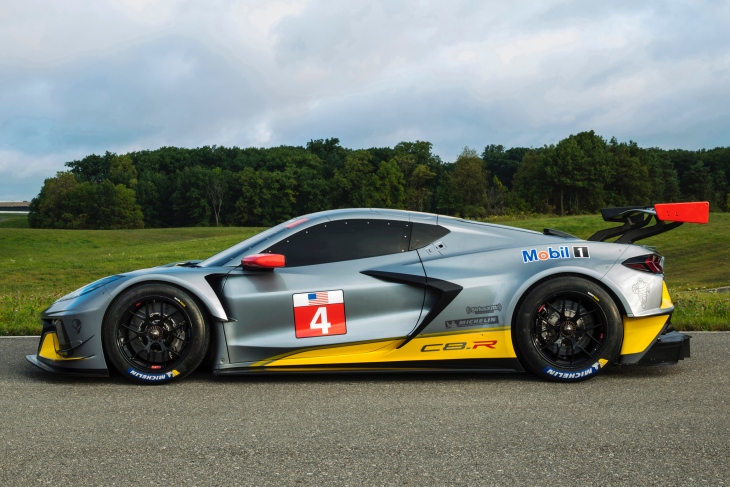 As pictured, the #4 C8.R will race with a silver livery, featuring yellow accents. The sister #3 C8.R meanwhile, will compete in the team’s traditional yellow colours.

Full details of the C8.R’s race programme, including the team’s driver line-up and its racing prospects beyond its North American commitments racing in IMSA, are expected to be announced soon. The C7.R’s final IMSA WeatherTech appearance will be at the 2019 running of Petit Le Mans next weekend.