It has been a rotten week for both writers for, and readers of, Autosport Magazine.

They have been the victims of both movement in the marketplace and, it might be added, the failure of the owners and management of the largest ever motorsport media group to find a formula that works in these fast-moving times.

After hearing over the last weekend what was going to happen, DSC’s Deputy Editor spent much of his flight home from Fuji thinking about and then writing about, some of the underlying issues at play here.

It makes for an interesting read on the changes not only in motorsport media but for the rest of the industry.

Back in January, while travelling the USA between the Roar Before the 24 and Rolex 24 I made a conscious decision, to step back from my own thoughts and opinions and become truly curious once again.

I moved away from the news outlets I frequent to get my current affairs fix, and instead opted to methodically go through and consume media from as many outlets as possible that I hadn’t previously given the light of day. And you know what I found? Gold. Lots of it.

Today the world is saturated with content, be it news or entertainment media; there’s almost too much of it. That, in itself, brings with it positives and negatives.

The main negative, aside from the fact that it’s so hard to see the woods for the trees, is that it has never been easier for people, en masse, to find and engage with bogus sources that rely on sensationalism and falsehoods to influence people. Almost everyone now has ‘a voice’ through the power of the internet, which presents a wealth of opportunities, but creates huge problems when it comes to finding the truth.

The positives, however, outweigh the negatives, at least that’s how I see it.

The media landscape is hyper-competitive and because of this, in many areas, those in charge are having to push harder than ever before to grab your attention. If you apply a filter to what you watch, read and listen to, and embrace the fact that even the most ‘trustworthy’ sources are biased to some degree, you will benefit as a consumer.

You won’t always agree, and that’s a good thing. By challenging your own opinions you will see the world in a new way and begin to understand the reasoning behind our differences. Certainly in my lifetime – 25 years – it has never been more important to take an interest in what you consume when it comes to information.

If you step away from the melee of the hypercritical, over the top negativity, and the ‘us-and-them’ division that follows every area of journalism around, you may quickly discover, as I did, that your pre-conceptions don’t tell the full story.

Since January I’ve spent extended periods of time-consuming content from these, (new) places: The Financial Times, The Times, The New York Times, The Washington Post, The Economist, The New Statesman, Private Eye, The Guardian, The Independent and The Telegraph. And actually, on further review, only a couple of those sources were what I thought they were in terms of tone, stance and readability.

During this time I have learned an incomprehensible amount not only about the media, but about myself, the way I think and what entertains and engages me. I’ve also learned that the best journalism, often, is journalism you’re prepared to pay for or invest in, in some way, especially when it comes to gaining information about the important things in society.

We can all moan about pay walls, subscription fees and adverts, but without them, the pool of well paid reporters will continue to shrink, and the level of quality, in some areas at least, will continue to dip.

So, what exactly does any of this have to do with motorsport, DSC or sportscar racing? Right now, we all have a great deal of choice when it comes to general media coverage, and it should be embraced. In motorsport though, we are on the precipice of having very little choice at all.

I am referring to, of course, the news this week concerning the future of Autosport magazine, and the rumoured concerns for similar changes at others, including Motorsport News and F1 Racing.

Reporting on motorsport, and more importantly, making money from it, has never been harder. The days of a diverse print media and specialist news rooms full of racing reporters are all but gone. I know it has, I’m living through it. When I started working for DSC the press room was a different place and the way in which the people within it were funded, has changed dramatically. That was only seven years ago.

Motorsport is not a key pillar of society, it’s not politics, it’s not war, plague or pestilence, and therefore, in very many regards, it isn’t high up on the list of important sectors within the media. But it is hugely important for a number of reasons, for a huge number of people. 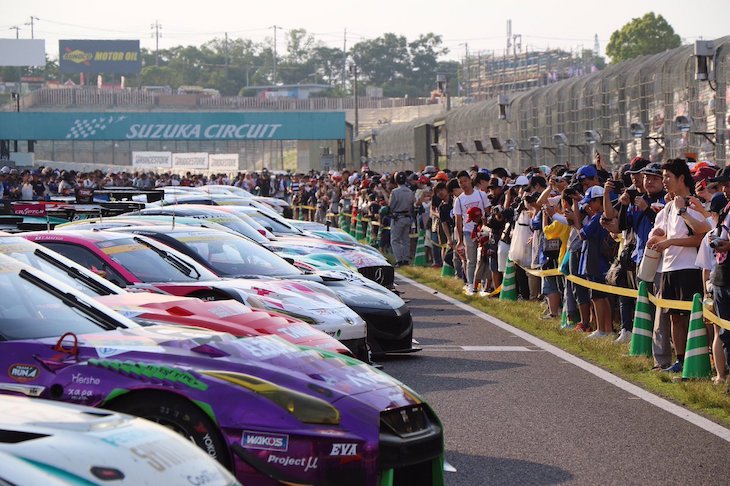 Racing employs hundreds of thousands of people globally and entertains millions more. It helps, in many cases, to push the automotive sector forward, and in others, provides entertainment for people who want to switch off from their ‘real’ lives. Media coverage of it is a key part of spreading the message, informing those in the industry and those that are fans of it. It helps it move forward, promotes the good and shines a light on the bad.

Many of DSC’s loyal readers, like me, like my colleagues, will have spent a good portion of their lives heading to a newsagent to pick up the latest copy of the various racing mags or reading the various specialist websites.

So it’s disappointing that the amount of choice we have for news and feature coverage in motorsport is shrinking. It’s also why, understandably, many of us outside of ‘The Network’ were, from the beginning, concerned by the consequences of having one company own such a significant chunk of the motorsport media.

That though is a debate for another day. We are already at a point where the number of photographers and PR members outnumbers the number of reporters in most motorsport press rooms. It’s not going to change any time soon.

Professional rivalries aside, there are many good, talented and hard working people whose future is uncertain, and I can only hope that it all works out for them, somehow. If the rumours turn out to be true, and big (negative) change is coming to Motorsport Network and its enormous pool of sub-brands and entities, then I’m afraid that the motorsport media may never look the same again.

The truth is, few of us in the industry have the answer to the current set of problems or know which direction we should all be heading in to secure our futures. That’s a scary thought.

What we do know is that things have to and will, change. Making a conscious effort to go out there, consume, encourage and where applicable, pay for the content you enjoy, is part of the solution, but it’s not the entire solution.

So until we find one, make the most of the options we have right now when it comes to keeping up with motorsport, because you’ll miss them when they’re gone.