It will be no more than 21 starters for the GT Cup Main Race for the FIA Motorsport Games at Vallelunga, Christina Nielsen confirming to the DSC Editor that the Team Denmark Honda NSX GT3 Evo was out of the meeting.

The withdrawal came as a result of damage from contact with the Team Italy Ferrari as Jens Moller attempted to lap the already heavily delayed 488 GT3 with Gianluca Roda at the wheel.

“The damage blocked the engine cooling and it’s cooked,” said a very disappointed Christina, the Danish pairing having shown real speed throughout the weekend thus far. Still hoping to make it to the grid is Team Russia, Rinaldi Racing in the midst of cannibalising a second 488 GT3 to repair the damage suffered by the #888 car in the early stages of the second Qualifying Race. 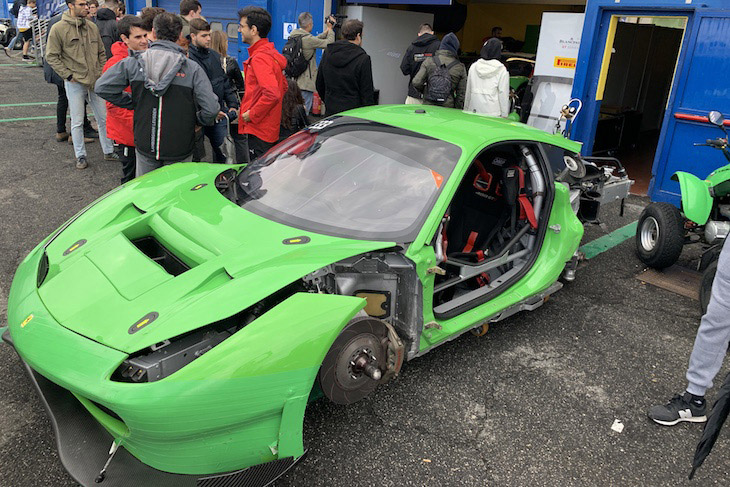