It didn’t take long after the unveiling of the fifth-generation Toyota GR Supra for the beloved sports car to find its way into racing. A Supra silhouette represents Toyota in the NASCAR Xfinity Series. Racing Supras will debut in the GT500 class of Super GT next year, and there is a GT4 Supra launching around the world in 2020.

And next year, there will be another: A GT300 version of the Toyota GR Supra is being built as we speak in anticipation of a 2020 debut in the Autobacs Super GT Series, in a story featured in the latest issue of auto sport Magazine of Japan, Volume 1522.

This is not an FIA GT3 Supra, and this is not a car built on the ageing Mother Chassis platform: This is a Supra built to the original JAF-GT300 regulations by the original manufacturer, built specifically for racing in Super GT’s second division.

This means that the GR Supra GT300, with dimensions based on the base model, will have more sophisticated aerodynamics, and any engine built by the original vehicle manufacturer can be mounted in front of the cockpit. 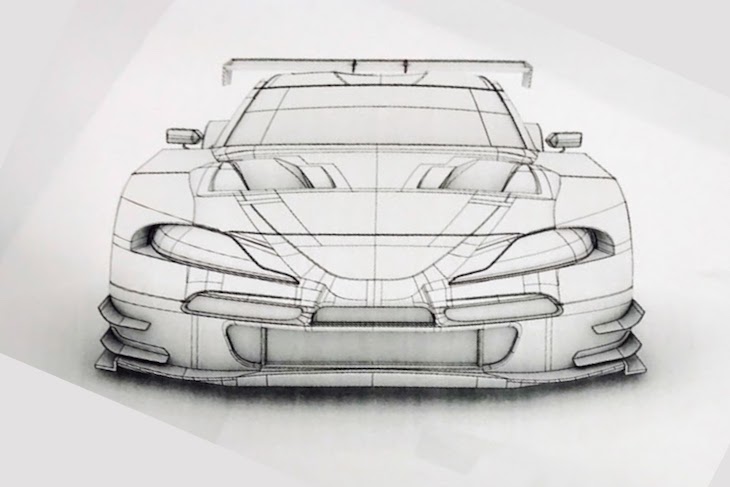 The manufacturer will also have the freedom to develop the aerodynamics, gearbox, and suspension at will compared to an FIA GT3 car – and in recent years, the JAF-GT300 technical regulations have also permitted the use of approved traction control and anti-lock brake systems, just like the GT3 cars they compete against.

Currently, only two other original JAF-GT300 regulation vehicles race in Super GT: The Toyota GR Sport Prius PHVs fielded by apr Racing, and the Subaru BRZ fielded by R&D Sport. The formula has fallen out of favour to most of GT300’s privateer teams due to the high costs of developing a vehicle from scratch, compared to purchasing GT3 and Mother Chassis vehicles. 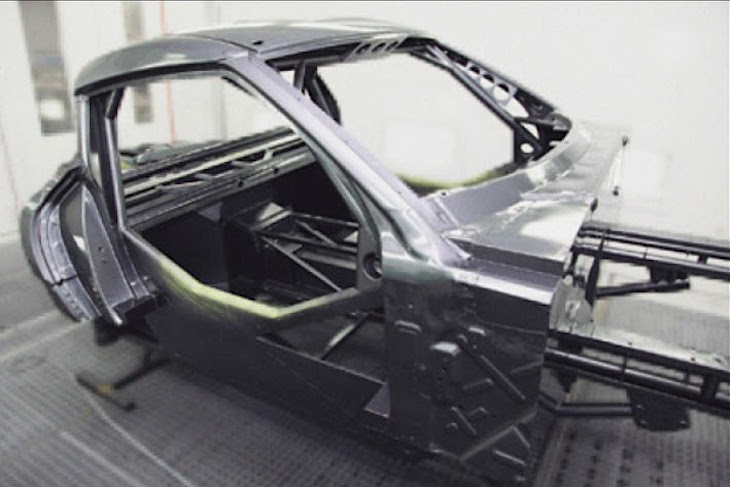 Pictures of carbon fibre body and monocoque can be seen as well as concept sketches, and the 2020 GR Supra GT300 is expected to undergo a shakedown test in anticipation of its race debut. The engine that it will use has not been revealed.

The staff at auto sport suggest that Saitama Toyopet GreenBrave are a leading candidate to field the new GR Supra GT300, as a successor to their previous Mark X MC. It would make sense, given that the GR Supra is now the highest-performance model that Toyota sells at its Toyopet line of dealerships in Japan.

We’ll know more about this car in the coming weeks, perhaps even as soon as the weekend of January 10-12, at the Tokyo Auto Salon. 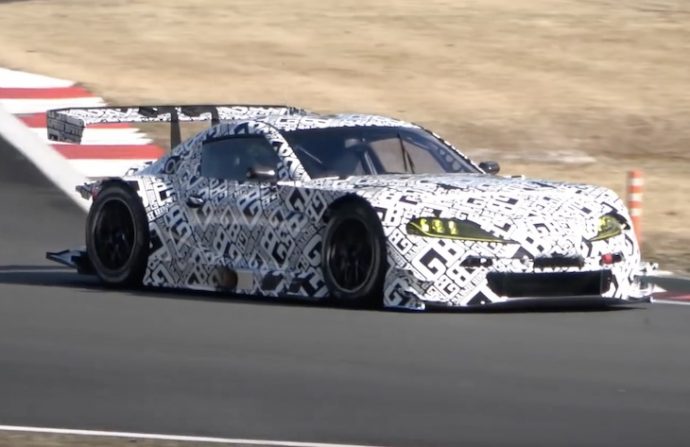 Video of the fully assembled car in testing at Fuji has now emerged with clear evidence that the car is set to be operated by Saitama Toyopet GreenBrave.

The other aspect of the project that is now very clear via the video is that the cards powered by a V8, quite likely the same power plant as the apr Prius.