UPDATE: A revised version of the LMP2/GTD Qualifying times has been released, with multiple teams having their times disallowed after the post-session technical checks.

The #38 Performance Tech ORECA has had “All Times disallowed for incorrect qualifying driver as per Article 40.2.3 of the Sporting Regulations.” Originally, it was third in the LMP2 times.

Meanwhile, in GTD the #11 Grasser Racing, #19 GEAR Racing, #44 Magnus and #47 PPM Lamborghinis were all found to be “Out of compliance per technical regulation 9.11.5c, Daytona gearing and moved to the back of the class as per Article 22.7.1 of the Sporting Regulations.”

DSC also understands that the #86 Meyer Shank Racing w/Curb-Agajanian Acura NSX GT3 will not turn laps today after Shinya Michimi’s off during night practice at the Bus Stop. The team has opted to repair the car (which wasn’t damaged that heavily) at the shop instead of trackside.

Saturday’s track action at the Roar Before The Rolex 24 featured three test sessions and the first of the annual qualifying sessions to decide the pit and garage placements for Rolex 24 race week. Saturday qualifying featured the teams in the LMP2 and GTD classes.

After the two sessions, Ben Keating emerged as the fastest LMP2 qualifier and Frankie Montecalvo set the benchmark in the GT Daytona class.

Keating ran a best lap of 1:38.056 in the #52 PR1 Mathiasen Motorsports ORECA 07 which he will share with Nick Boulle, Simon Trummer and Gabriel Aubry in the race. The Texan is pulling double duty at the Rolex 24 this year. He also is competing in the GTD class alongside co-drivers Gar Robinson, Lawson Aschenbach and Felipe Fraga in the #74 Riley Motorsports Mercedes-AMG GT3.

“It’s pretty exciting,” Keating said after the session. “The car’s been great. Everybody at the PR1 team, they’ve got the car extremely well sorted. The last time I raced an LMP2 car was at Le Mans (in a Riley back in 2017) and I’ll just say the car wasn’t as well sorted. It’s nice to get in a car that has had a season or two under its belt to get everything sorted out and all I have to do is hop in and drive. It’s been really good.”

DragonSpeed’s Henrik Hedman was second quickest in the 15-minute LMP2 qualifying session aboard the #81 ORECA with a 1:38.695, followed by Kyle Masson in the #38 Performance Tech Motorsports ORECA at 1:38.712. 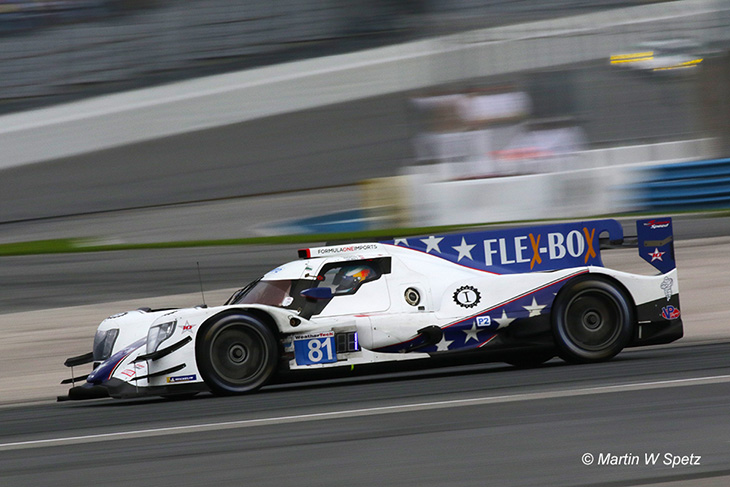 “With the changing conditions, I think our car from AIM Vasser Sullivan suits this well,” Montecalvo said. “The team did a phenomenal car getting the RC F right on track from where we left off last year and that year of experience really shows for us. The guys did a great job.” 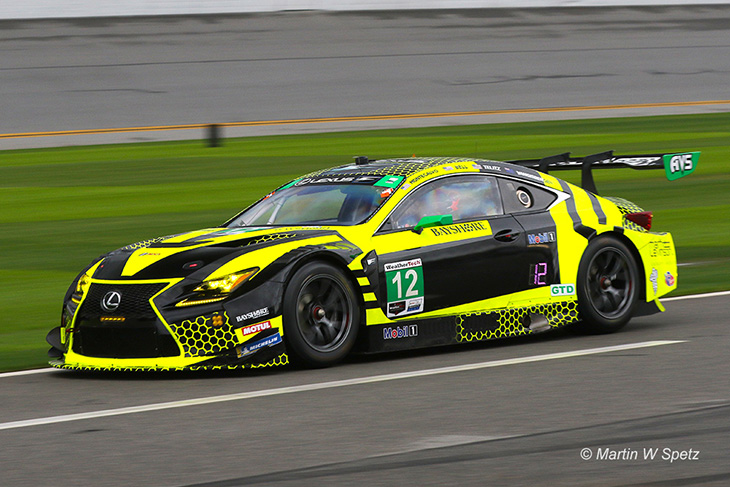 Three cars didn’t turn laps during Qualifying, the Rick Ware Racing Riley, the team still very much getting up to speed with its new chassis, and the #51 PR1 ORECA and #98 Aston Martin Racing Vantage; both remain a question mark for the race later this month. The #98, which is a doubt for the race after Paul Dalla Lana was ruled out of the Rolex 24 due to a skiing injury, did run for the first time in night practice though, Mathias Lauda, Pedro Lamy and Ross Gunn all turning laps.

Similar qualifying sessions will be held early Sunday afternoon for the DPi and GTLM classes.

During the day (and night!) all four classes also managed plenty of track time across the three sessions. The best times came in the night practice session. Oliver Jarvis, last year’s Roar pace-setter, set the quickest lap, with a time of 1:34.753 in the #77 Mazda Team Joest RT-24P DPi, the fastest time of the test so far. 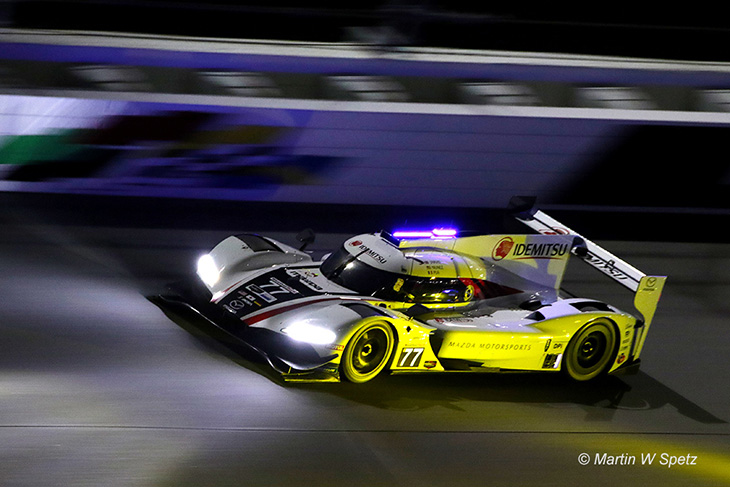 Jarvis led another Mazda 1-2 in the combined times for the day, with the #55 ending up second in the running under the floodlights with a 1:35.198, the car’s best time of the week. While on Friday the Action Express Cadillac was the ‘best of the rest’, this time it was the Wayne Taylor Racing example that slotted in third with a 1:35.648. 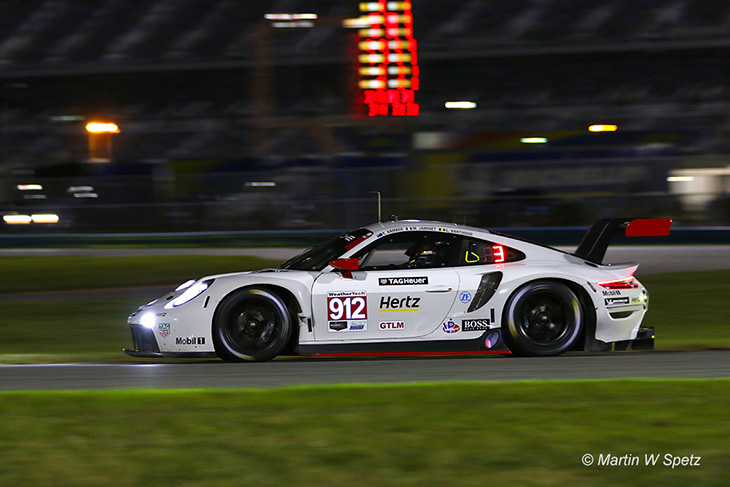 In addition to garage and pit stall qualifying for DPi and GTLM, Sunday’s on-track schedule for the WeatherTech Championship includes two more practice sessions. There also will be a pair of IMSA Michelin Pilot Challenge sessions on Sunday.