“We knew this morning that the conditions would probably be fast with the cold air temperature but some sun, so we were expecting a fast lap time,” Pla said.

“I’ve been told to push and to push hard so that’s what we did. I have to thank my team for allowing me to because the car was really good. We’ve been working always really hard. We are pleased with that. It doesn’t mean anything, but I think it just showed a continuity of last year.”

Second-quickest in the 15-minute session was Acura Team Penske’s Ricky Taylor in the #7 ARX-05, the American ending up 0.219 off Pla. It was the first real showing of pace from Acura thus far in the Roar. 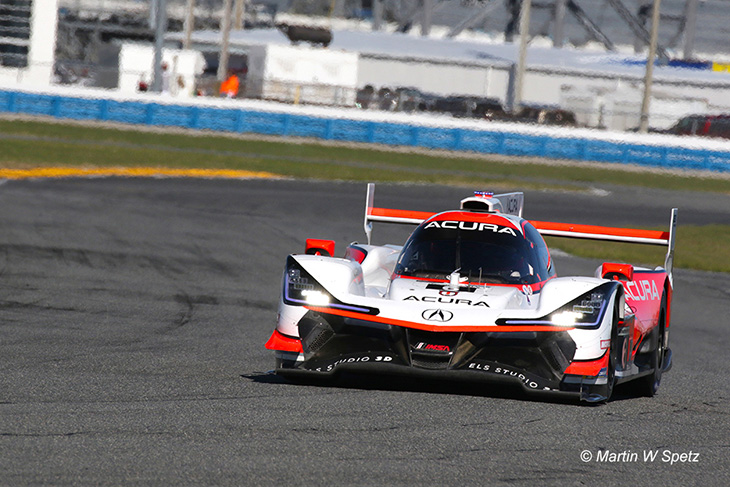 Juan Pablo Montoya slotted in third in the sister #6 Acura, with a 1:33.565 tour of the speedway. Felipe Nasr meanwhile was the fastest Cadillac driver, finishing up fourth fastest in the #31 Action Express Cadillac.

While the #77 Mazda was the quickest DPi on track, the #55 sister car ended up fifth after a 1:33.660 from Jonathan Bomarito. The two JDC Miller-run Cadillacs ended up sixth and seventh, ahead of the Wayne Taylor Cadillac in eighth.

In the GTLM class, it was Risi Competizione that laid down the gauntlet and secured the best garage position for the race later this month. Ferrari works driver James Calado set the team’s best time, a 1:42.685 in its Ferrari 488 to go 0.001 quicker than Nick Tandy driving one of the two new 911 RSR 19s which are making their first IMSA appearances this weekend. It was also the fastest GTLM time of the weekend.

It wasn’t just the top two in the class that was close either, as all seven cars were separated by just 0.446.

Third below Tandy’s #911 Porsche on the timing screens was the best of the new Corvette Racing C8.Rs. Tommy Milner set the time, a 1:42.793 to go third in the #4; an impressive time from Chevrolet’s new challenger. 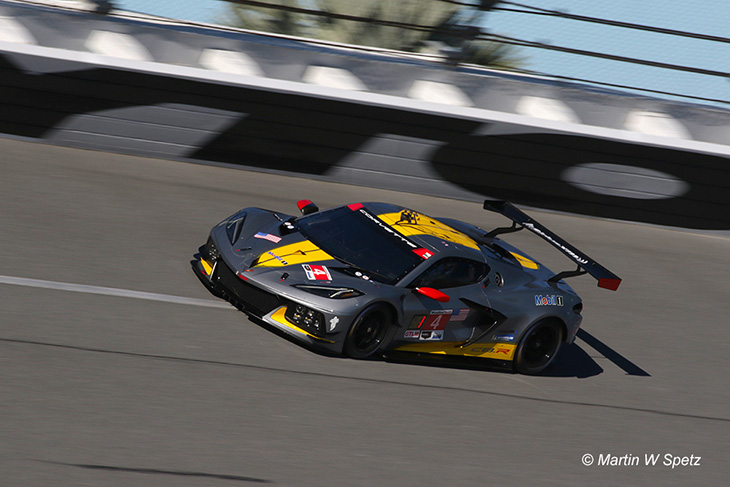 Making sure all four brands featured in the top four was Jesse Krohn, who lapped the infield in 1:42.844 in the #24 Team RLL BMW M8. Laurens Vanthoor in the #912 Porsche completed the top five.

The other two categories, LMP2 and GTD, hit the track for qualifying yesterday. After their respective 15-minute sessions the #52 PR1 ORECA topped LMP2, and the #12 AIM Vasser Sullivan Lexus RC F GT3 ended up with the best time in GTD.

You can read the full report on DSC here, which includes revised times after post-qualifying technical checks resulted in times being deleted for multiple cars.