Filipe Albuquerque in the #31 Whelen Engineering Cadillac DPi-V.R. topped the times in Free Practice 3, the night session for Rolex 24 competitors. Albuquerque’s best time was a 1:34.914.

Rounding out the top three was Joao Barbosa in the #5 Mustang Sampling JDC-Miller Racing Cadillac DPi-V.R. Barbosa’s best time was a 1:35.478.

Most of the quick times in DPi were set early in the session with top times from the top three all being set before they completed six laps. 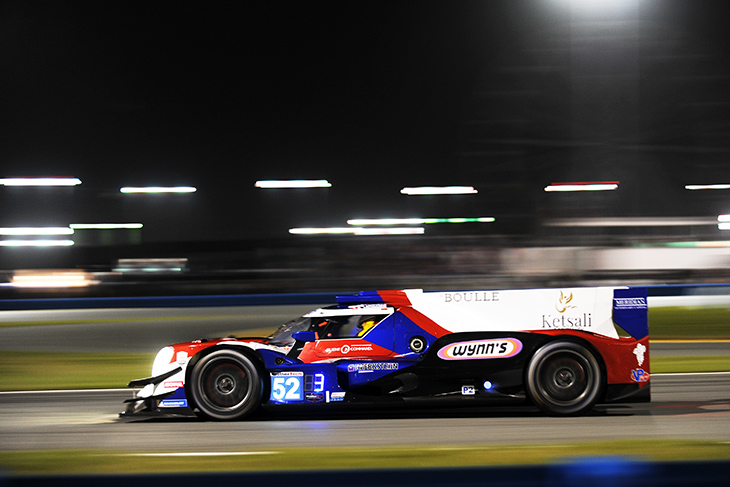 The #912 Porsche 911 RSR once again topped the charts in GTLM, this is the third straight practice session that the #912 Porsche has led and the fourth straight session a Porsche has topped when taking into account the qualifying session earlier in the day. 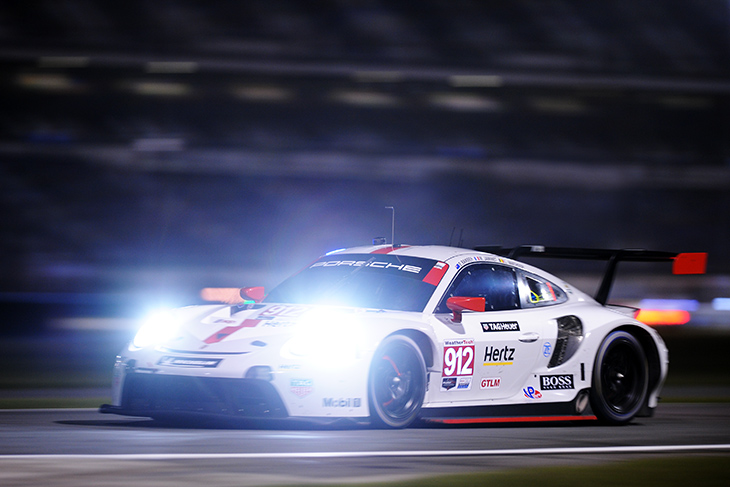 The #25 BMW eventually joined the session but ended the session last in class after completing just 11 laps in comparison to the #24 BMW which completed 48 laps.

Like in DPi, all of the top times were set early in the session.

The #16 Wright Motorsports Porsche 911 GT3 R led a Porsche 1-2 in GTD. Klaus Bachler set the quickest time in that car, a 1:46.128. That car ended the session in the infield, however, after pulling off the circuit and stopping amongst the RVs, it was not clear what the problem was. 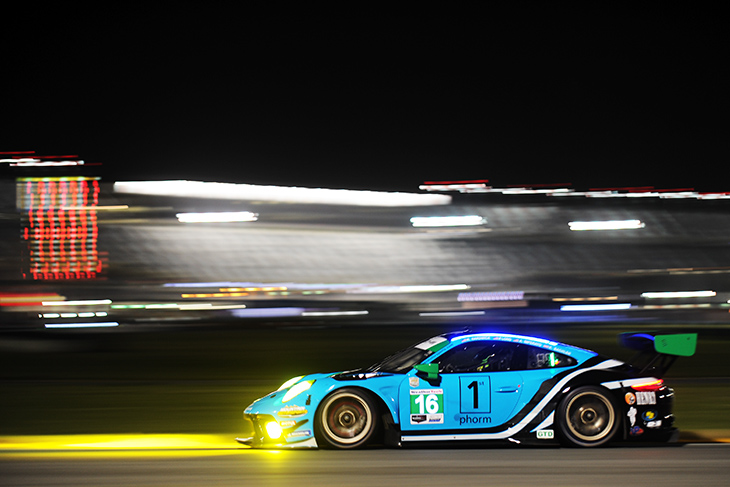 The pole-sitting #9 Pfaff Motorsports Porsche 911 GT3 R ended the session in second. Dennis Olsen set a best time of 1:46.203. There was also drama for the #9 Porsche, it coasted into the pits without power and was pushed into the box.

Andrea Caldarelli in the #48 Paul Miller Racing Lamborghini Huracan GT3 Evo rounded out the top three with a time of 1:46.231.

Tomorrow is a quiet day for on-track running, Rolex 24 competitors only have a single, one-hour Free Practice session scheduled.