Toyota Gazoo Racing announced its motorsport activities for the 2020 racing season in a press release this Friday, including their full range of GT500 teams and drivers, and GT300 customer and factory-backed efforts, for the upcoming Autobacs Super GT Series.

In Super GT, the Supra will return to the GT500 class for the first time in 15 years. The vehicle based upon the fifth-generation A90 GR Supra will use the same RI4AG engine used in its predecessor, the Lexus LC 500, which won both the GT500 Drivers’ and Teams’ Championships in 2019 and recorded six victories in eight championship races.

Cerumo, a team long associated with Toyota racing activities for nearly 30 years, have expanded to a two-car operation for the 2020 season. The new car will be entered under the banner of TGR Team Wako’s Rookie – the Rookie Racing name being adopted after launching last year in the Pirelli Super Taikyu Series by Toyota CEO, Akio Toyoda.

The number 14 Wako’s 4CR GR Supra will be piloted by one half of the reigning GT500 Drivers’ Champions, Kazuya Oshima, who won back-to-back races en route to his first premier class title in 2019. Oshima, the veteran of over 100 championship race starts, will be joined this year at TGR Team Wako’s Rookie by 24-year-old Sho Tsuboi, who completed his first full season in GT500 last year, and has two career GT500 podiums to his name already.

With 173 championship race starts, 44-year-old Tachikawa will be the oldest and most experienced GT500 driver on the grid this year. And 2020 will continue Tachikawa’s record of what will be consecutive seasons driving for the same manufacturer and team, where he will again simultaneously serve as lead driver, and team director.

After finishing runners-up in the 2018 and 2019 GT500 Drivers’ Championships, the young and electric duo of Hirakawa and Cassidy will again challenge to win their first championships since winning it in 2017 and becoming the youngest GT500 Champions in history. The duo won the championship finale at Twin Ring Motegi, and Cassidy won the first round of the Super GT x DTM Dream Race in late November.

Despite sustaining a broken clavicle in a training accident in January, Hirakawa projects to be in top shape for the start of the 2020 season. Cassidy enters the year as the reigning Super Formula Drivers’ Champion.

The flagship number 36 car of TOM’s will have a new face at the wheel in the form of 20-year-old Franco-Argentine youngster Fenestraz, who steps up to GT500 competition this year. Fenestraz became the final All-Japan Formula Three Champion in 2019, winning eight races en route to the crown. He also raced in GT300 last season for Kondo Racing and Nissan, recording a podium in Thailand, and a 6th place finish in the standings.

Sekiguchi, 32, remains with the team for his third season at TOM’s and his eighth season as a GT500 driver, taking over the senior driver role from the departing Kazuki Nakajima who has elected to focus solely on his commitments in the WEC and Super Formula. Sekiguchi won from pole position at Suzuka Circuit last May and recorded a second pole position at Twin Ring Motegi.

The big change at TGR Team Sard is the addition of new team principal, Juichi Wakisaka. Wakisaka joins the team after four seasons with Team Le Mans, leading them to the title last year. The three-time GT500 Champion raced for SARD from 2012-2013 and scored his final career GT500 race win in 2012.

Kunimoto’s new teammate is 20-year-old GT500 debutant Ritomo Miyata, who finished 2nd in the All-Japan F3 standings last year, and captured his first GT300 victories at Autopolis and swept the GT300 Sprint Cup at Fuji in November. With this, Miyata becomes the first individual identified on the autism spectrum to race full-time in the premier class of Super GT.

Of the 12 drivers racing for Toyota in the 2020 GT500 class, nine are graduates of the Toyota Gazoo Racing Driver Challenge Programme (TGR-DC), which has been rebranded from the Toyota Young Driver Programme (TDP). 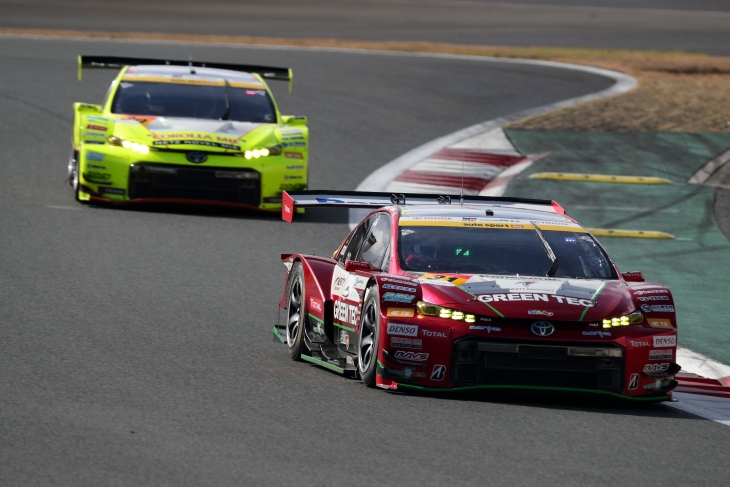 The two front-engined, V8-hybrid Prius GTs will once again be fielded by apr Racing. The number 31 Prius, on Bridgestone tyres, will again be driven by apr mainstay Koki Saga, and 2013 GT300 Drivers’ Champion, Yuhki Nakayama. 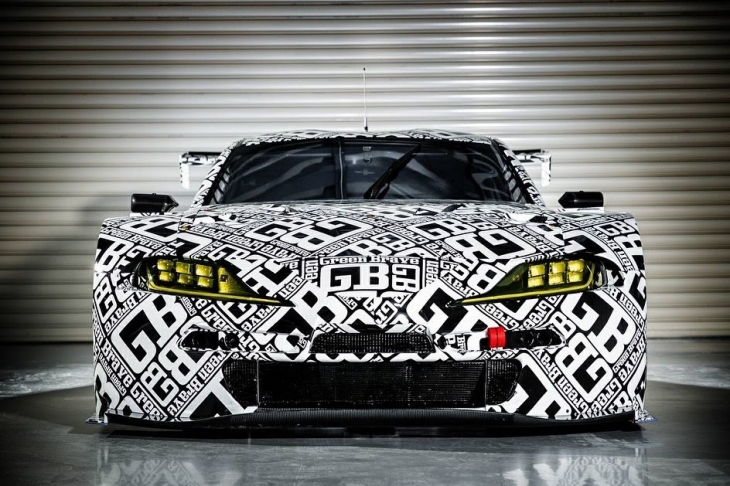 Meanwhile, the fleet of Lexus Customer Racing teams in GT300 has expanded to four. The three returning teams have undergone significant change this season: LM Corsa and the number 60 Syntium RC F GT3 will switch to Michelin tyres this year – joining Pacific D’station Racing in taking on the French manufacturer’s rubber supply. 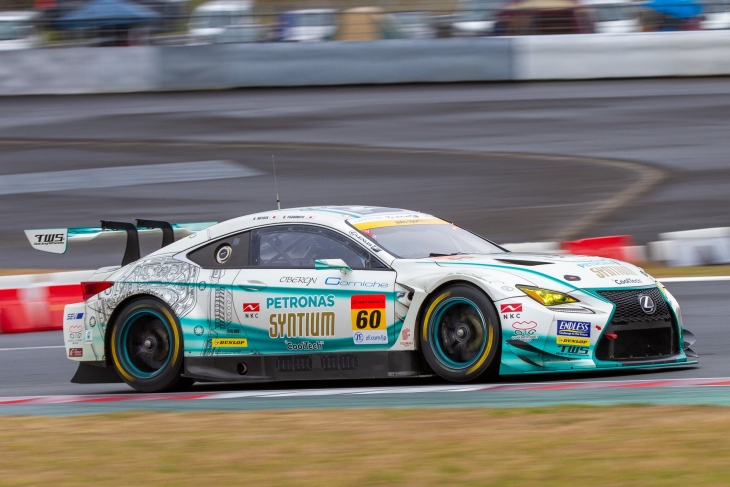 For 2020, veteran GT300 star Hiroki Yoshimoto, who won in Autopolis last September, will be joined by a new face in 24-year-old Formula 3 graduate Shunsuke Kohno, who made his unofficial debut in the GT300 Sprint Cup exhibition races last November.

But K-Tunes Racing have also switched tyre suppliers this year, switching from Bridgestone to Dunlop tyres in 2020.

Panther arto Team Thailand, meanwhile, have yet to confirm their driver lineup – but they will return with their #35 arto RC F on Yokohama tyres.

A new addition is Max Racing, who come over from the Pirelli Super Taikyu Series with their #244 Takanoku-no-yu RC F GT3, running on Yokohama tyres. The team welcomes an all-new lineup, as 26-year-old Rintaro Kubo returns to the series after a year away, and in addition, Toyota has poached 20-year-old Formula 4 prospect Atsushi Miyake from Honda and placed him with Kubo.

Lastly, TGR-DC prospect Kazuto Kotaka will also make the step up to full-time GT300 action, driving a brand new Mother Chassis entry as INGING Motorsports will field a Toyota 86 MC for Kotaka and a second driver to be announced.