The final part of this four-part canter through the GT1 years with SRO founder Stephane Ratel looks at the start, and the finish of the FIA GT1 World Championship, the Championship had just a three-year lifespan, 2010 and 2011 with an all GT1 grid, the final season in 2012 with GT3 cars featuring just one upgrade, louder exhausts.

Stephane is remarkably open and honest about the choices made, the reasons for those choices and their outcomes, I came away understanding more than I had before about the journey, and the destination.

We start with the run-up to the announcement of a new set of GT1 regulations, and the format for a very different look to international GT racing at Spa in 2008:

“I’d run, by this time, 12 years of FIA Championships, I’d built a very good relationship with Max Mosley, who was about to leave the presidency of the FIA.

“He said to me that we had done well and, managed the GT category well, and I remember well the expression of Marco Piccinini at the time (then deputy President of the FIA, you can access the ‘Noble’ floor of the FIA now!

“I know that sounds odd but for me, it was a recognition, a distinction if you like, that we were doing a good job. It’s fair to say that it played a little to my ego too when that emerged as Max and Marco proposing that we could run a World Championship.

“It was like wow! It definitely played a part.”

The door then was open, but there were signs from the start that the road ahead could be difficult.

“When we presented the category at Spa 2008 though the financial crisis had not really started, in mid-2009, things started to go really not very well. 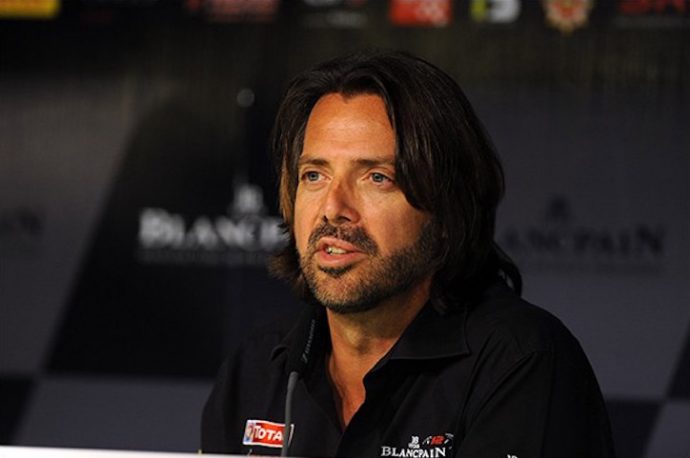 “Another reason was I needed to give motivation to the teams. And, you know, we sell dreams. The dream factor, the entertainment factory are very important factors in motorsport.

“At the time, to the stakeholders, to our drivers, to the teams, we needed to sell the dream.

“And the dream was to say we’re going to create something that was really different and spectacular.

First of all, we were going sprint. Don’t forget that until now GT1 had always run on an endurance format. So we were bringing a sprint format, adapted to a TV audience.

“We were adding to a new concept, I can say now a quite brave move, having only two-car teams with only two teams per manufacturer, so we made it super exclusive from the start.

“And I would say it’s a miracle considering that when we were working on delivering that at the end of 2009, it was the peak of a crisis that Presidents and Prime Ministers were saying was a biggest financial crisis since the Great Depression of 1929.” 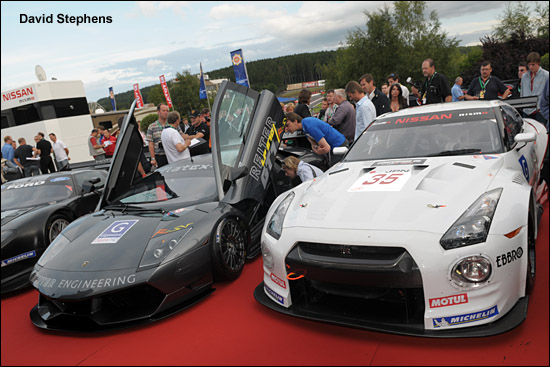 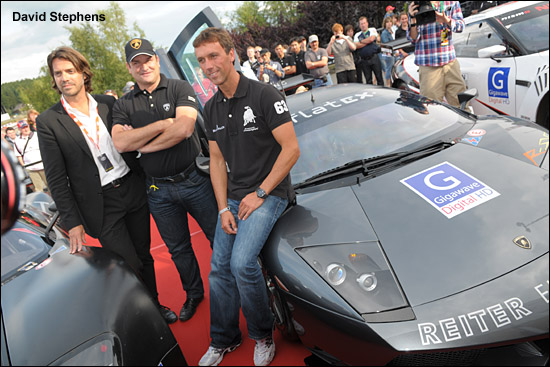 “In amongst that, with the world going upside down and governments trying to save the world economy, I was there selling a dream of having an all professional, TV-heavy, polished motorsport product.

Looking back now it seems astonishing that SRO would even try?

“But it worked! Don’t ask me how – but it worked. Most surprising in a scene dominated by negativity and it’s why from the beginning, I defended my friend, Alessandro Agag when he started Formula E.

“In the conservative world of motorsport, sometimes, when you start something, everybody is telling you you’re gonna fail.

How, in amongst the corporate chaos, did you get it off the ground?

“I would say that the difference of what we may see now with our current crisis, the financial crisis of 2009 was still global, but was more impacting of the Western world.

“Everybody was talking of the BRICKS, countries which were rebounding much more quickly (BRICKS – Brazil, Russia, India, China, Korea and South Africa), with their new horizons and ambition.

“And it’s true that I saw it at that moment as a way to access these markets that were that were booming in some way while Europe and the US were really still in a difficult situation.”

So where did it go wrong?

“It was not a big mistake to start the GT One World Championship because somehow, the grid we’d put together was remarkable, the cars were extremely exciting, the racing was amazing.and some of the destinations we visited were unforgettable because the motivation was to reach out to these emerging marketplaces. 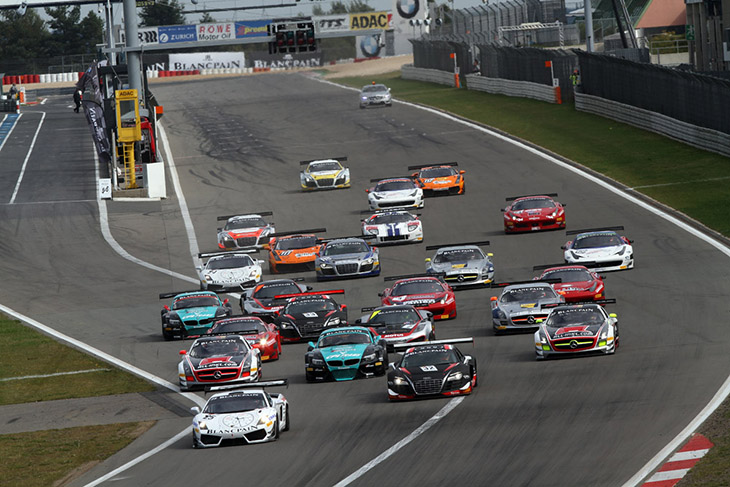 “No, the biggest mistake I’ve made in my professional life was not to start, it was to continue in 2012.

“I wanted to push for 2012 because, after two years of effort, I had signed contracts to go to the main capital of all the BRICKS countries. We had Brazil with a race at Interlagos. We had Russia, we had a race in Moscow signed up. We had India signed for a race in Delhi. We had China where we had the race in Beijing that was supposed to take place in the Olympic Park. I’d been in Durban and I was in conversation with them about a race like the former A1 GP race around the football stadium in Durban. I was feeling that we had achieved something, bringing a World Championship to the BRICKS was a big thing.

“It was like, Wow, we’re going to have a championship which is in all the fast-growing emerging markets and that makes sense. So that was really the reason why we pushed for GT1.”

Are there lessons from GT1 for where GT racing goes in the near future?

“We need to analyse why GT1 has failed every time we did it.

“It was a failure in ’96 because of the inability of the governing body and the promoters to forbid, making race cars, instead of road cars going racing. 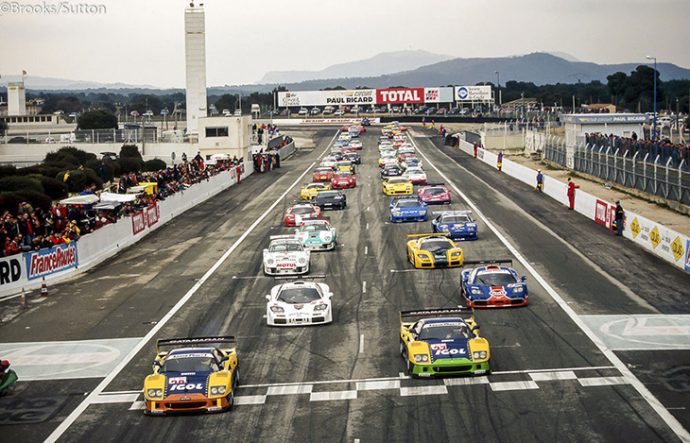 “That’s not as simple as it sounds because if we had forbidden it then everybody would have had to have bought a McLaren if they wanted to compete for a win, just like in the 1980s you needed to buy a Porsche! 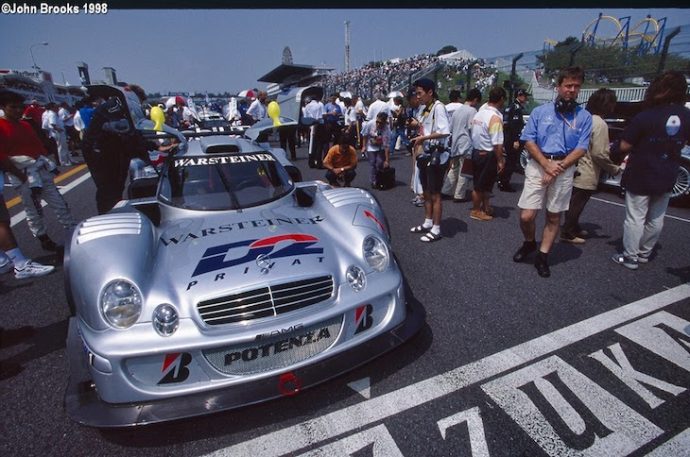 “The third iteration of GT1 didn’t really die, it walked into the fourth generation.

“The fourth generation, why we didn’t succeed, was for a number of reasons.

“The first one, and that was a major mistake of the FIA technical department at the time.

“I would say, there’s a tendency for the FIA to always take things coming from Formula One and to try to apply them to other formulae.

“The latest thing at the time in Formula One was to have the same electronics for everyone which maybe made sense at the level of Formula One. But the FIA absolutely insisted on having these common ECUs developed at the time by Magnetti Marelli that were supposed to be applied to every car and that had disastrous consequences.

“First of all, manufacturers such as Ferrari and Audi who were considering building cars for the GT1 World Championship said, “it’s impossible, we can’t add our direct injection to this. It would cost 10s of millions to do the development and we’re not ready to do it for this Championship.”

“So this had already prevented manufacturers from coming and it complicated the lives of others too.

“To adapt a GM engine for the Corvette the ECU caused issues too. They blew up engines, there were similar issues with the Ford engine too.

“It was really a MAJOR technical mistake to want to apply these standard ECU to a different type of engines in GT1 racing.

“Another mistake was simply that the FIA created the WEC and suddenly the political landscape completely changed. As I told you I should have said at the end of 2011 that we would stop

What specifically changed that environment?

“When Max was the FIA President he had a clear view that motorsport had to compete with other great sports such as football on a global stage and that Formula One should perform that function with the rest of the sport being relatively minor.

“When Jean Todt came into office he had a very different political view, which I entirely respect, obviously influenced by his own experience.

“I remember this meeting in his Paris office when on the wall of his office you have three pictures – Formula One with Ferrari, World rally with Peugeot, and a prototype, again with Peugeot.

“That for me is important, it says that Jean wants everything to be at a high level, at the top.

“So it was a different view. And when he created WEC with the ACO, there was simply no room for a world championship for GT cars because you couldn’t have two World Championships for GT cars. 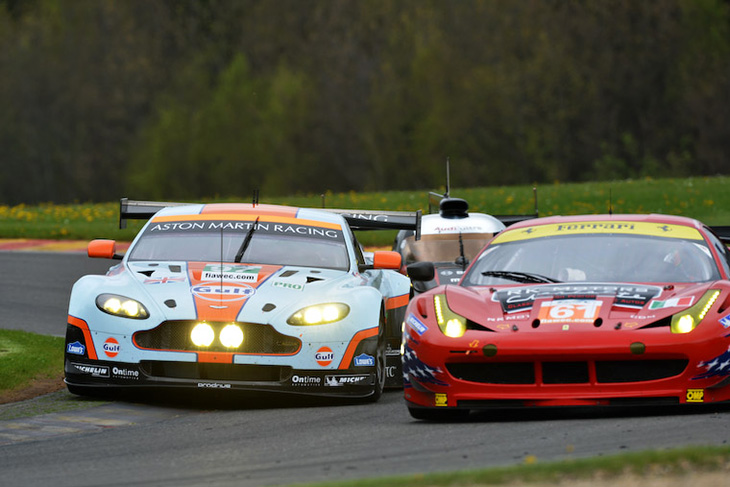 “The market was divided into some manufacturers who were in WEC, others were in GT1 and that couldn’t survive.

“The additional reason was that the dreams of the value of a GT1 World championship title, what it can deliver, in terms of sponsorship, of TV, of events. The return was not there.

“And, at the same time, it was a bit schizophrenic because we had started another championship with an unknown name like Blancpain, so on one side we were the FIA GT1 World Championship and we’re struggling like hell, and the costs are high and then we have the Blancpain GT which was booming.

“They are the three reasons why it didn’t really work!”