The Iron Lynx team is set to take a step up from the European Le Mans Series to the FIA World Endurance Championship in 2021 with at least one Ferrari 488 GTE in the GTE Am class.

The team, who have entered a pair of GTE Ferraris in the ELMS this season along with a trio of GT3 cars in the Michelin Le Mans Cup scored a podium at Paul Ricard on Sunday for the all-female ‘Iron Dames’ trio of Rahel Frey, Michelle Gatting and Manuela Göstner who finish the race third in the GTE class.

The same trio finished second at the same event last season, though the effort was then fielded by Kessel Racing, Iron Lynx is instead supported by AF Corse.

The trio went on to score another second place at Silverstone en route to a fourth place finish for the Championship, the season also seeing the crew’s debut at the Le Mans 24 Hours where they finished 9th in GTE Am.

And it is the all-female crew that looks certain to graduate to the WEC, the planned move confirmed by FIA Women in Motorsport Commission Chair Michelle Mouton to the DSC Editor in interview on Sunday. 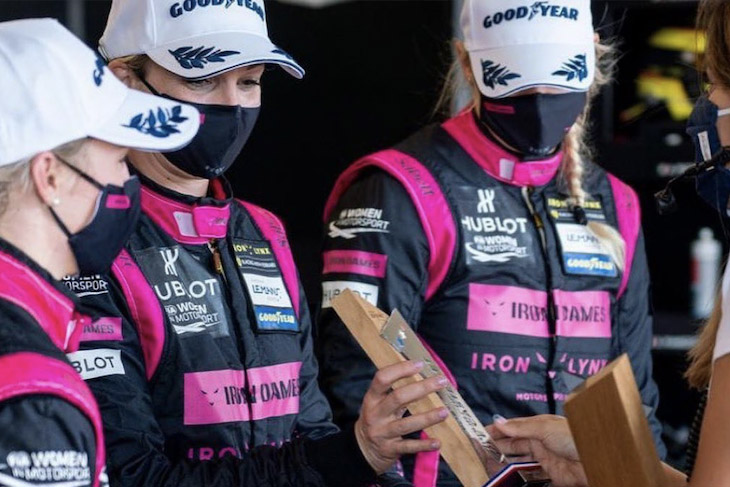 The outline plan at present is for the Frey/ Gatting/ Göstner combo to graduate to the WEC whilst the ‘Iron Dames’ project takes on another all-female crew to compete either in the Michelin Le Mans Cup or the ELMS in 2021.

The full interview with Michelle Mouton can be heard on this week’s edition of the Inside the Sportscar Paddock podcast.