The traditional all-cars ‘grid shot’ was completed this evening with all 59 starters for the 2020 race lined up on the pit straight for the cameras.

The GTE Am driver changes seem to be complete:

Piguet now though has found a berth in the #89 Team Project 1 Porsche 911 RSR which has seen brothers Benoit and Bruno Fretin step away, neither able to be comfortably accommodated in the Porsche, to be replaced by Piguet and Andreas Laskaratos, the Greek making this Le Mans 24 Hours debut alongside the enigmatically named ‘Steve Brooks’. 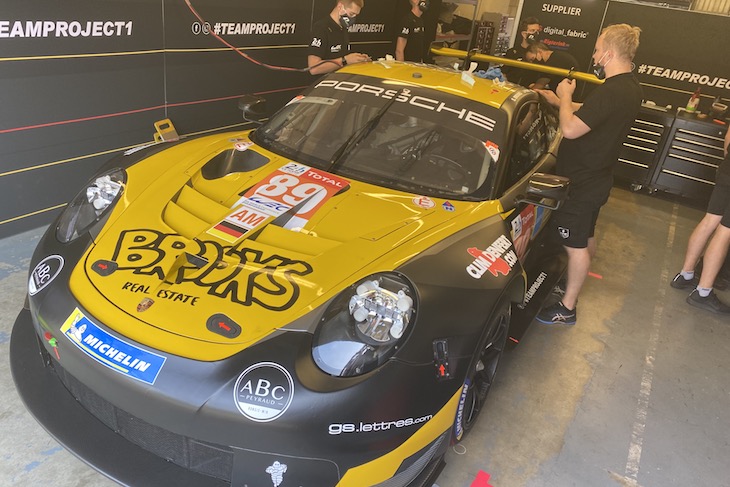 The ‘nom de plume’ ‘Steve Brooks is actually 65-year-old French racer Philippe Haezebrouck who will be making his six Le Mans start, his best result today came on his debut in 2001 when he finished second in GT with Gunnar Jeannette and future double overall winner and WEC World Champion Romain Dumas.

The #89 this year is the car raced by Core Autosport as factory GTE Pro car #94 at last year’s Le Mans, finishing seventh in class.

With Peugeot Sport set to announce details of their 2022 ‘Hypercar’ programme on Friday, there has been plenty of evidence of preparation for the publicity to come including a photocall on track with both a Peugeot 908 (which CEO Carlos Tavares will complete a lap of the circuit before the race start of Saturday) and a 905. 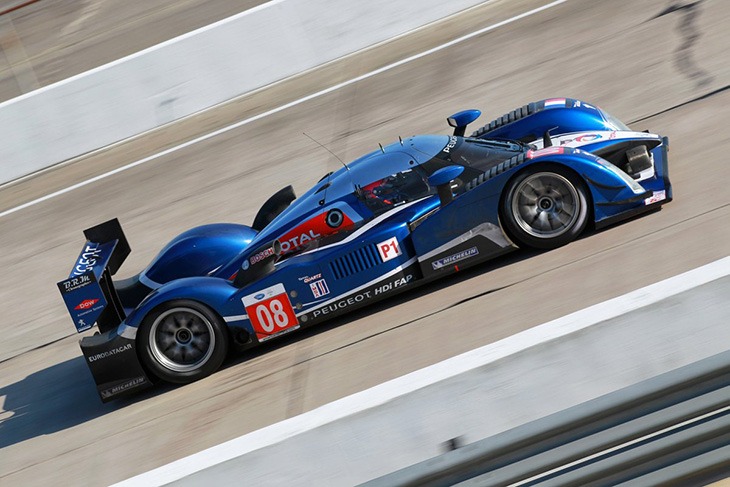 In addition, the first of the road going products that the new race programme is designed to help promote via the revived Peugeot Sport brand has been round and about filming today too, the forthcoming 508 PEUGEOT SPORT ENGINEERED out on the public roads covering much of the circuit behind a camera car.

A number of drivers are known to be meeting with Peugeot Sport management here at Le Mans for discussions around inclusion in the new programme.

AF Corse team Owner Amato Ferrari is the 2020 recipient of the Spirit of Le Mans award, given by the ACO to an individual whose contribution to the sport has been exceptional.

To assess the scale of Amato’s significance to this race take a look at the shot below. 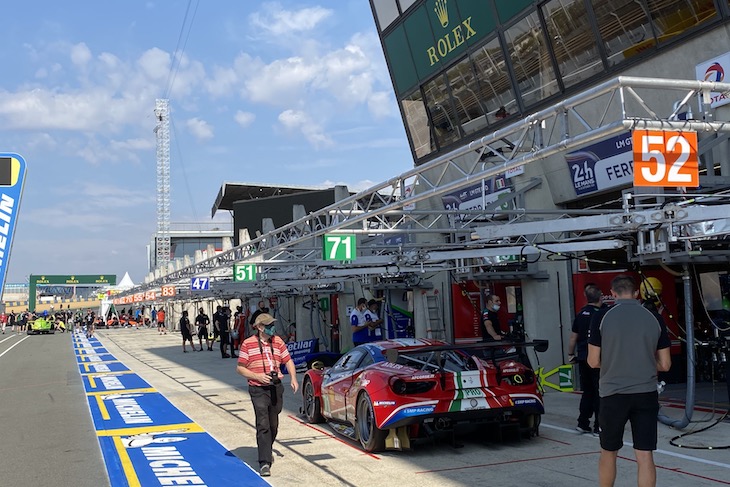 Since their Le Mans Debut in 2007 AF Corse has fielded and/ or supported well over 70 entries scoring 3 class wins and 7 other class podiums.

There has been a small adjustment to the LMP1 Equivalence of Technology with minor tweaks to the maximum fuel burn per stint.

With 59 starters for the 2020 race, the temporary pits built to increase the maximum entry to 62 last year are not required this year, and indeed the temporary buildings have not been erected, the gates through to the outer paddock have been reinstated this year. 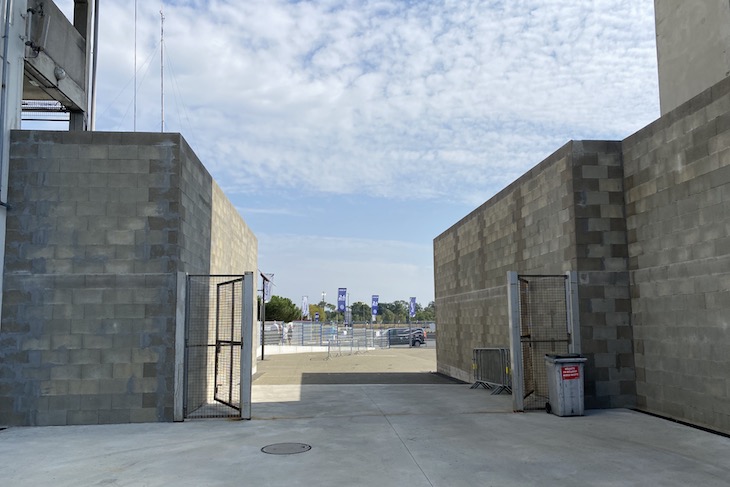 Further down pitlane though there is an empty garage, the pit box due to have accommodated the #6 Ginetta AER has been left with shutters down and with the team’s banner still in place! 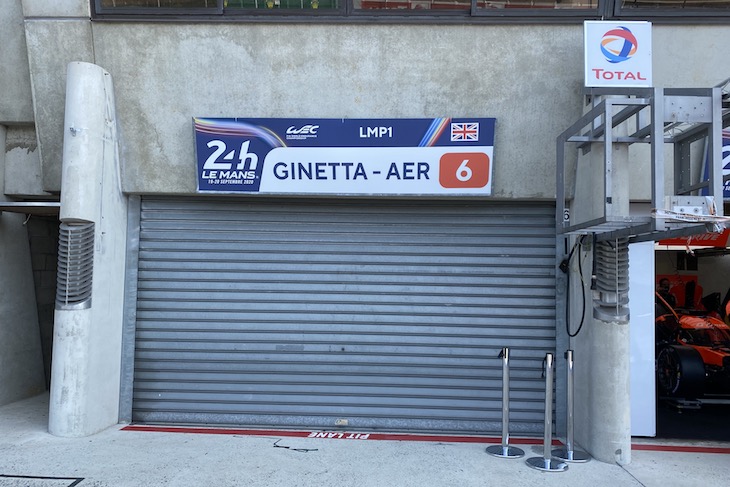