Team Lazarus, Yannick Mettler and Fabrizio Crestani gave the Bentley Continental its first-ever overall victory in the GT Open in race 1. It was a perfect day on home soil for the Italian team, which came back this weekend after missing the last round. The hiatus was used to reset a number of things and it worked, as nobody could challenge the black and blue car. Yannick Mettler took pole and he and teammate Fabrizio Crestani led the race from lights to flag. 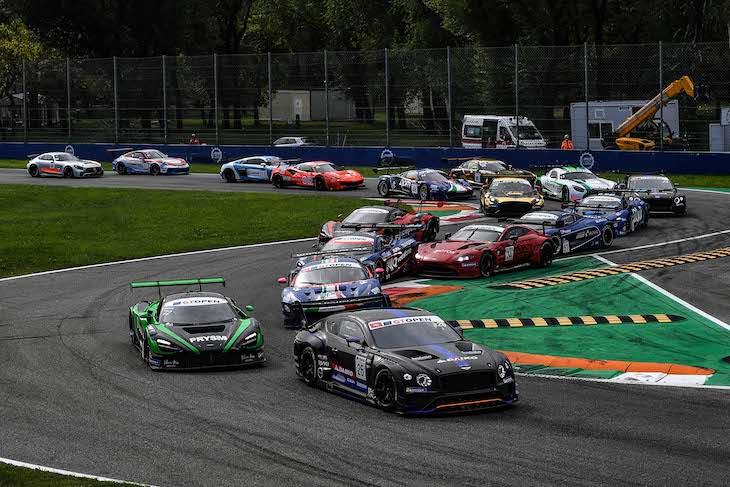 “We knew that we could do well in Monza, but everything worked beyond expectations”, commented Mettler, while Crestani admitted: “I am so happy for the team after the ups-and-downs we have had”. Team Lazarus team principal Tancredi Pagiaro could not add much, overwhelmed by emotions.

Second, after a furious final charge by Charlie Eastwood was the TF Sport Aston Martin the Irishman shares with Salih Yoluc, with the outfit having a second successful weekend on the bounce after their GTE Am success at Le Mans last week.

Third overall and Pro-Am winner after a great race were Nick Moss and Joe Osborne, with the McLaren 720S of Optimum Motorsport, ahead of Marcelo Hahn-Allam Khodair (TMM McLaren), with Hahn retaking the lead in the class standings from the other Optimum 720S of Brendan Iribe-Ollie Millroy.

In Am, Alex Moiseev and Alexey Nesov (AKM Motorsport) took their second win of the season, reducing their gap in the standings to 3 points over their Mercedes rivals Jens Liebhauser-Florian Scholze (GetSpeed Performance).

It was a close duel at the start between poleman Mettler and Abril up to the first corner, but the Swiss kept the advantage, while Osborne took the opportunity to sneak in and take second. Ramos was fourth ahead of Millroy, Baruch and Hahn, who was touched from behind by Coletti, who pitted with significant damage to the front of his #28 Bentley.

After 5 laps, the Bentley had a 3-second advantage which would barely change in the following laps, with positions remaining very stable. Behind Osborne, Abril was a close third, so was Ramos in fourth. They were followed by Millroy, Baruch and Yoluc. In Am, Liebhauser led from the start from Moiseev.

In the GT Cup, there was an excellent early duel between poleman Cerqueda and local hero Festante. The Italian passed in lap 4 under braking for the first chicane. 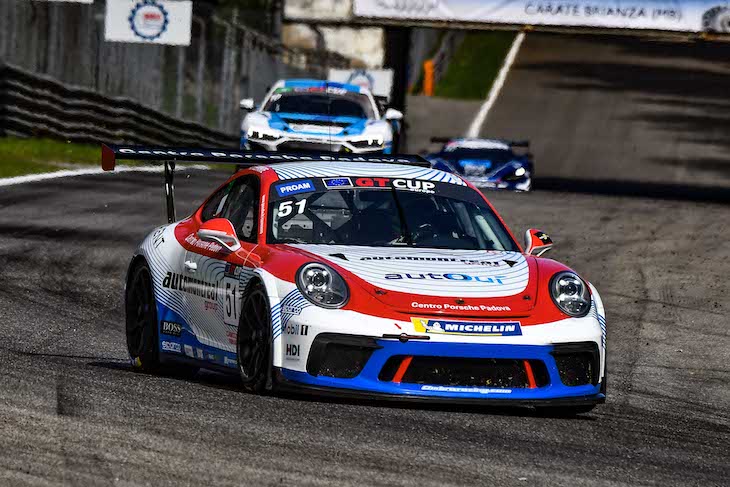 The driver change window opened on lap 16, with Mettler, Ramos, Yoluc and M.Hahn among the first to stop with Osborne and Abril the last to stop. By lap 24, the situation saw Crestani in the lead with 10 seconds advantage (and increasing his lead) on Moss, Chaves third 15 seconds behind the leader, then Iribe, Prette, C.Hahn, Eastwood and Khodair, while there was a change of leader in Am, with Nesov ahead of Scholze.

Chaves passed Moss for second after a few laps before having a performance drop that allowed the McLaren to retrieve the position. In the meantime, Eastwood won a superb four-way battle with Christian Hahn, Prette and Iribe before setting off chasing Chaves and Moss, stealing second on the final lap.