The provisional 2021 European Le Mans Series calendar returns to a six race format after the COVID-19 shortened schedule in 2020.

Barcelona, Monza, Le Castellet, Spa-Francorchamps and Portimão are all, once again, on the schedule, with the Red Bull Ring returning after a two-year absence, the Austrian circuit will host the second round of the 2021 season on the 15-16 of May. 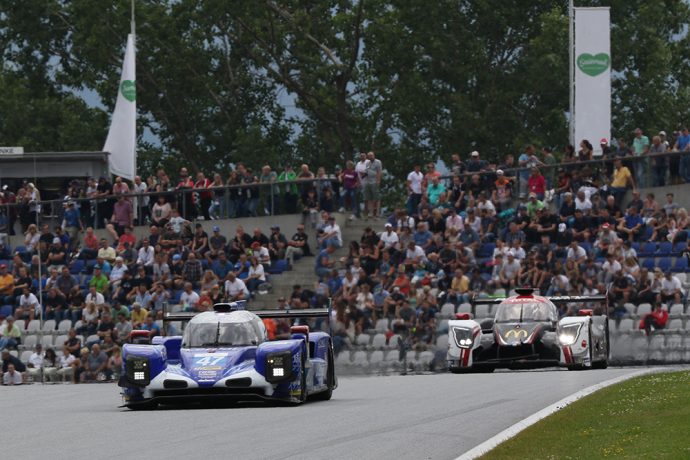 All six races will be to the regular 4-hour ELMS race format with the 4 Hours of Monza taking place eight days before the Italian round of the WEC on the same track, next July.

As trailed by DSC, Silverstone will not feature on the calendar in 2021. 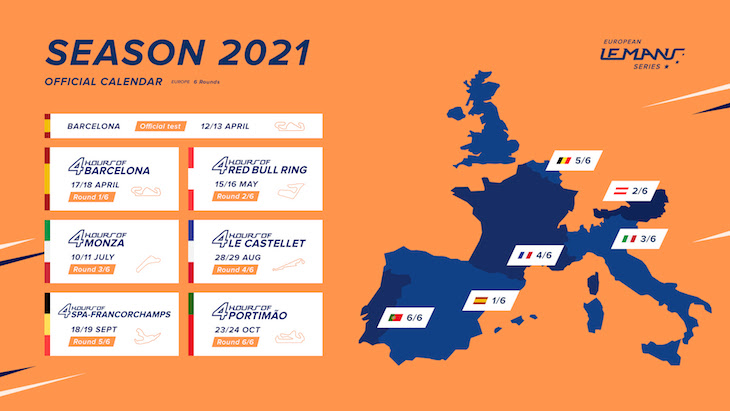 Calendar subject to further change according to the evolution of the current health crisis.

Gérard Neveu, CEO of the European Le Mans Series: “After a difficult 2020 season due to the COVID-19 crisis, we are pleased to announce a calendar with six different venues across Europe. The high quality of the teams on the ELMS grid deserves all our attention and efforts to guarantee a Premium level championship. This new calendar will, once again, provide the very best stage for the teams and drivers who have chosen to race in our championship.