IMSA President John Doonan is nearing the completion of his first season as the man in charge of North America’s largest sports car racing organization. Like many other sports leagues, IMSA faced an abundance of difficulties as COVID-19 reshaped the character of life around the globe. Doonan, though, approached the challenges thrown at him and his staff like a team in an endurance race, he described to IMSA’s Wire Service.

“It’s maybe a little emotional analogy, but in an endurance race, teams face all kinds of adversity. Things rarely go absolutely perfect. And that’s really sort of the mentality I grew up with because my dad was a sportscar racer – only on an amateur basis – but that’s what we’ve had to do. We’ve had to adapt and overcome,” Doonan said.

Doonan was cast into his role as IMSA President at a time when the series was already facing significant challenges. Emerging technologies like electric vehicles had siphoned manufacture’s interest away from sportscars to other racing outlets like Formula E. A new generation of rules for the top class of global sportscar racing was being formulated with IMSA involved in negotiants with the FIA and ACO. 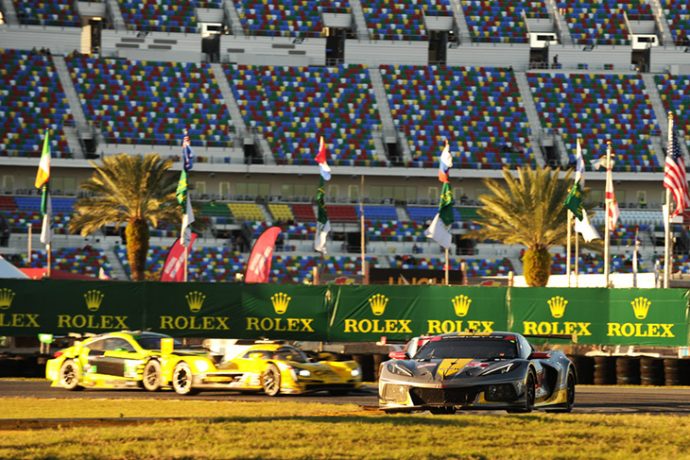 The one race of the season that did go as planned, the Rolex 24 at Daytona, featured one of the smallest girds the legendary endurance race had ever seen. The series was still struggling to build a healthy LMP2 grid and there were concerns over the long-term stability of GTLM and DPi. Still, though, the series persevered.

“I knew that I was entering a place that had a terrific team of personnel already on the roster. I was inheriting that and thank goodness for that. What we turned the corner into after the Rolex 24 tested everybody’s wits and everybody’s strengths.

“But I come into this weekend’s race [Sebring] feeling really positive. We have a ton of momentum right now despite everything we’ve faced, and so I actually feel quite positive,” Doonan said.

While IMSA’s premier series, the IMSA Weathertech Sportscar Championship, has experienced choppy waters, IMSA has made strides in other areas of its portfolio that Doonan is proud of. 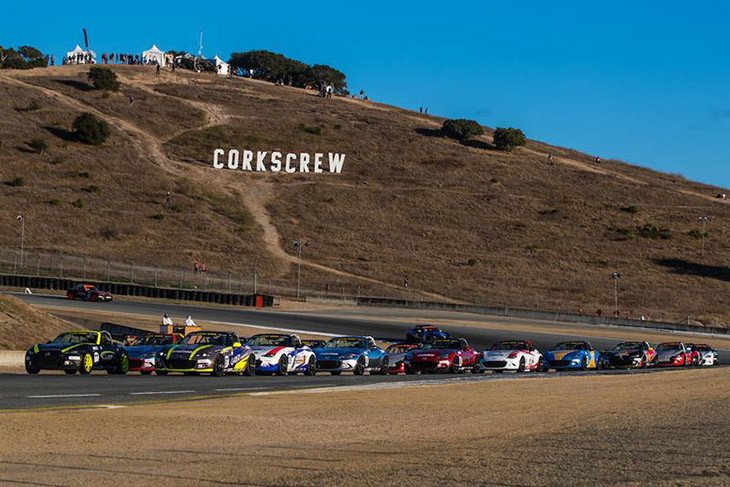 The Mazda MX-5 Cup will be officially sanctioned by IMSA in 2021 and the series is continuing its longstanding partnership with Porsche to bring the Porsche Carrera Cup name to the United States with the introduction of the Porsche Carrera Cup North America series next season. Doonan also pointed to the series’ efforts in eSports and its partnership with iRacing which he says has helped IMSA place its product in front of new audiences.

With LMP3 cars being allowed in the Weathertech Series next season and LMDh regulations on the horizon for IMSA and the FIA WEC, Doonan thinks the series is in a good position. 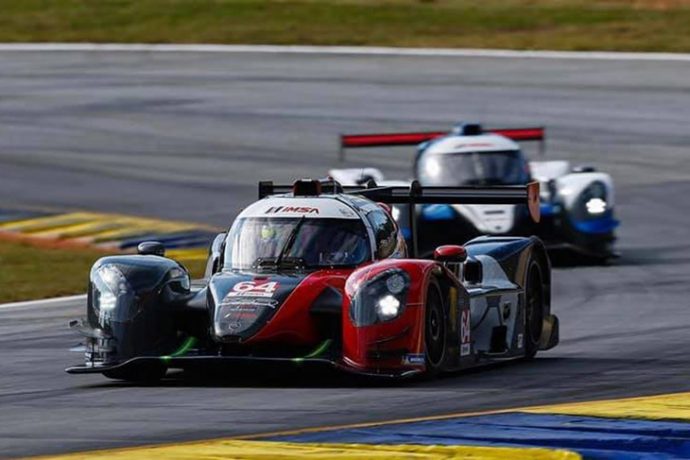 “From the content side, I think we have a ton of momentum. I’m really excited about where we are right now. The next two or three years is going to continue to see IMSA grow and also give our teams the opportunity to participate with platforms that are global in nature.

“We’re really in a good position. We don’t rest on our laurels very well at IMSA; never have. And I don’t see us doing that going forward, but there are a lot of positives that we need to celebrate very quietly,” Doonan said.

Viewership numbers for the series have also been encouraging for Doonan.

“Our television viewership is up significantly year over year with our partners at NBC. Social media followers on all our platforms is in a momentum trend right now,” Doonan said.

“People have taken in our content in a way they like, whether it’s the NBC TrackPass, whether it’s through IMSA Radio and the amazing broadcasts they put on or Facebook, Twitter, Instagram. Even TikTok has taken off for us as a platform. It’s really been a way for us to attract newer, maybe younger audiences that haven’t been introduced to the sport,” he added.

“Forty percent of our paddock comes from outside the United States, so thank goodness for Homeland Security and U.S. Customs and Border Protection and the relationship we now have with them because they made it possible,” Doonan said.

The series has not had one participant turned away and any minor immigration issues have been solved with the occasional late-night phone call, Doonan described.

While the series still has the Sebring 12 Hours to run, there is a strong sense of accomplishment within IMSA. “We did it in the end. Those are the key words: We did it,” Doonan said. 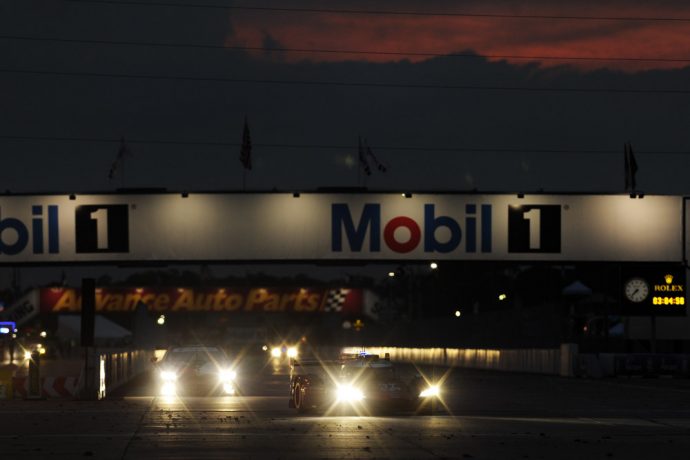 “We still have Sebring, but when the checkered flag falls on that one, I think there will be a huge bit of relief; but don’t rest at the end of that. Only 45 days later we’ll be doing it again at Daytona.

“I feel very fortunate and honoured that Mr. (Jim) France (IMSA chairman) and Mr. (Ed) Bennett (IMSA CEO) gave me the opportunity to lead the team. We’re going to keep pushing hard and I think three or four years down the road we’re going to look back and realize we weathered perhaps the most difficult storm anyone could have imagined in their careers. And that will be a proud moment as well,” Doonan said, wrapping up his thoughts on what has been an incredibly challenging first year at the helm.

The hard days are not over for IMSA, though. The series faces a bleak-looking GTLM grid for next season and questions of who will come to play in LMDh. All while a damaged global economy has left the executive boards of automotive companies rethinking their priorities. However, those were the kinds of challenges Doonan was brought in for. The former Motorsports Director of Mazda North America, he has a strong understanding of racing from the manufacture’s perspective, a skill set that will be extremely valuable to IMSA in the coming months and years.

“It’s been a great learning experience, even though I’ve been around the sport for all these years. We’ve learned an absolute ton in the last 12 months,” Doonan said.