Robby Foley and Cameron Lawrence in the #95 Turner Motorsports BMW M4 GT4 won the Michelin Pilot Challenge race from Sebring, it’s the second win of the season for the #95 BMW and the team’s second podium finish.

The #7 Archangel Motorsports Aston Martin of Trent Hindman and Alan Brynjolfsson finished the race in second. On the surface that result seems inconsequential, but it helped Aston Martin secure the Manufacture’s Championship in GS.

More significant news from the season finale was the #60 Kohr Motorsports Aston Martin Vantage of Kyle Marcelli and Nate Stacy who finished third and secured the 2020 GS Team’s and Driver’s Championship in the IMSA Michelin Pilot Challenge series. The duo’s consistency combined with six podiums and two wins helped guide the team to a championship. 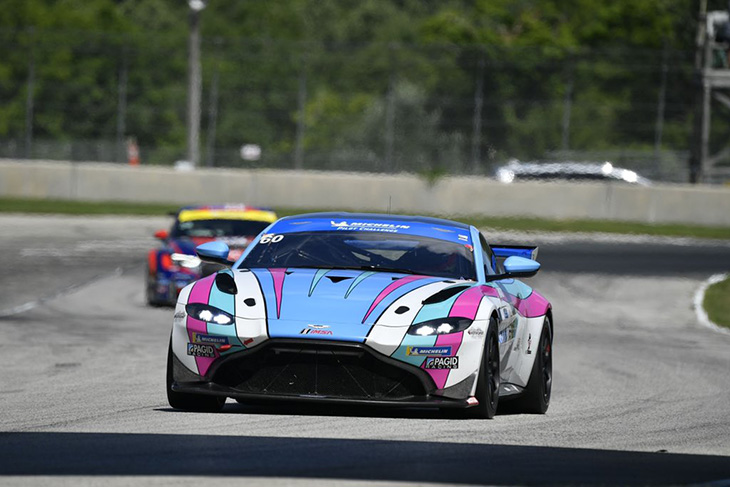 Entering this race with a 15-point advantage in the title fight, the #60 Aston Martin likely felt confident in their chances of securing the title. The #39 Carbahn Motorsports Audi R8 GT4, which was their closest rival, qualified on pole and led for much of the first half of the race.

With under forty-minutes left to run in the season, the transmission failed on the #39 Audi and was driven behind the wall by Jeff Westphal. That mechanical failure handed the championship to the #60 Aston Martin. The truly defining moment in the championship battle occurred at Road Atlanta, though, when the #39 Audi failed to meet the minimum drive time requirements. That left the team with a nineteenth-place finish and just twelve points, a devastating blow to their title hopes.

In TCR, it was a familiar storyline with Bryan Herta Autosport securing a 1-2 finish with the #21 Mark Wilkins and Harry Gotsacker leading the way for BHA and Hyundai who have simply dominated the season in TCR. 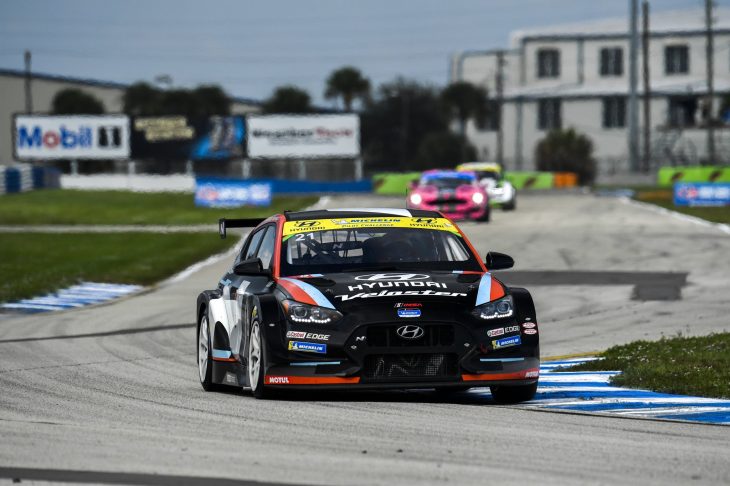 Finishing second in class was Ryan Norman and Gabby Chaves in the #33 Bryan Herta Autosport Hyundai Veloster N TCR who won the TCR Driver’s and Team’s Championship. It was an impressive season for the duo who won three times and emerged as the strongest pairing in the large stable of Hyundai Veloster Ns that defined the class for much of the season.