The Ginetta marque is set to return to the Intelligent Money British GT Championship in 2021 with a double entry into the GT4 class by Assetto Motorsport in a new factory-affiliated partnership.

One of the two prospective entries has already been filled by Assetto’s current Ginetta G40 Cup driver Mark Sansom and highly experienced factory driver Charlie Robertson, who will form a Pro-Am partnership.

Mark Sansom: “I’m thrilled at the prospect of contesting British GT in the Assetto Motorsport Ginetta G55 GT4. After a couple of seasons in close and competitive Ginetta racing, I feel ready to make the step up. And having undertaken that journey with the tremendous and supportive teams at both Assetto and Ginetta, this is the dream way of moving up to top-level GT racing

“I’m also delighted to be partnering Ginetta factory driver and LMP1 Le Mans racer Charlie Robertson. No-one knows Ginetta G55s better than Charlie and he is of course massively quick, so I’ll be learning all I can from him and giving it absolutely everything to ensure we form a strong pairing. I can’t wait to get going.” 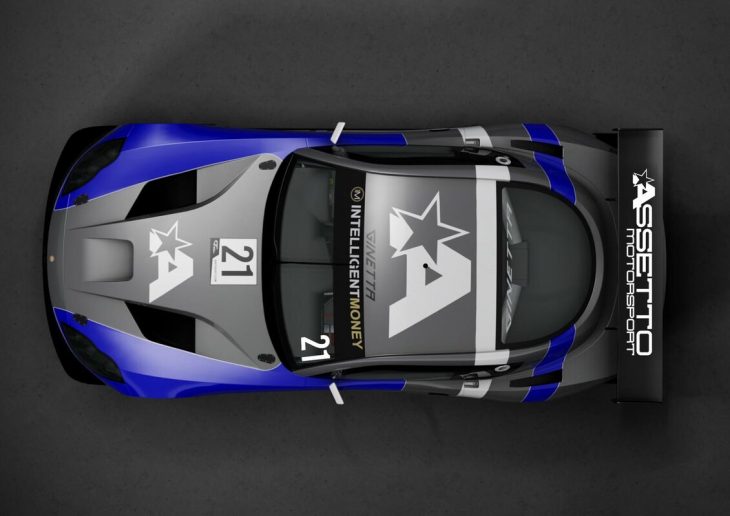 Assetto Motorsports’ Jim Edwards: “It’s incredibly exciting knowing we’re all set to race in British GT next season. This is what we have aspired to since Simon Traves and I started Assetto Motorsport just three years ago. We have had success in recent years in the Ginetta G40 Cup, winning two overall titles in consecutive years as well as class victories in the Ginetta Supercup.

“This association with Ginetta is hugely important to us, as it provides a ladder of progression all the way from our existing Ginetta Junior, G40 Cup, GT Academy and GT4 Supercup programmes through to the pinnacle of British GT. With Mark, we have a driver who has shown an impressive turn of speed, who is utterly determined and committed to fulfilling his potential and I know just how excited he is to begin driving alongside Charlie.”

Charlie Robertson: “I’m really looking forward to working with Mark and Assetto Motorsport, as they both make the step up into endurance racing. I have been working with the team this season, and I have no doubt that we will be a force to be reckoned with. British GT is the perfect platform to build from and show what the Ginetta G55 GT4 can do.”

Matt Lowe, Ginetta CEO: “As a team who already support multiple Ginetta racing drivers across our ladder from G40 Juniors to the GT4 Supercup, we’re delighted to be supporting Assetto Motorsport as they drive into the 2021 Intelligent Money British GT championship with the G55 GT4.”