Following a tyre test at Fuji Speedway on 19 January, a number of GT500 and GT300 teams gathered for a tyre test at Okayama International Circuit this past week, from 1-4 February. Each team represented either Bridgestone, Yokohama, or Dunlop.

The 12 GT500 cars that tested from 3-4 February were the six Toyota GR Supra GT500s, the five Honda NSX-GTs, plus Team Impul’s #12 Calsonic Impul GT-R. Of these twelve vehicles, the #8 ARTA Honda NSX-GT of Tomoki Nojiri and Nirei Fukuzumi recorded the fastest published time, a 1’16.926.

Team Red Bull Mugen ran without tyre manufacturer decals on their #16 NSX-GT. They are expected to confirm a new partnership with Dunlop Tyre (Sumitomo Rubber Industries) in the coming days, giving Dunlop a second GT500 customer for the first time since 2010.

Nakajima Racing arrived with Dunlop decals and tyres on their #64 Modulo NSX-GT, confirming that they will stay with Dunlop for this season.

This was also the final run for Real Racing in the Keihin blue and silver colours. The next time we see their #17 NSX-GT on track, it is expected to be wrapped in the new red/silver scheme from Astemo.

In GT300, there were eight cars present, including the redesigned 2021 Subaru BRZ GT300 from R&D Sport in a solid “WR Blue Metallic” wrapping. Subaru will confirm their lineup on 23 February, and it is expected that Takuto Iguchi and Hideki Yamauchi will remain as the drivers.

Team LeMans with Motoyama Racing made their first on-track appearance this past week. They borrowed the Audi R8 LMS GT3 that was entered by Audi Team Hitotsuyama last season, while the team awaits the delivery of their own R8 that will compete in 2021. Team LeMans will carry Yokohama tyres this season.

JLOC tested six drivers during the test at Okayama: Takashi Kogure, Yuya Motojima, and Shinnosuke Yamada from the 2020 JLOC driver roster, were joined by free agents Kosuke Matsuura, Takuya Otaki, and Natsu Sakaguchi. JLOC have yet to confirm their 2021 driver lineups.

The first official Super GT pre-season test at Okayama is scheduled for 6-7 March.

On 8 February, K2 R&D LEON Racing confirmed their entry into the 2021 season, with no major changes to the team’s structure.

2018 GT300 Champion Gamou and rookie teammate Suganami finished 3rd in the GT300 Drivers’ Championship last year, with a win at the September race at Twin Ring Motegi. They were championship contenders in the last race of the season, and even led the finale at Fuji for a time – but ultimately fell short of the championship in the end. 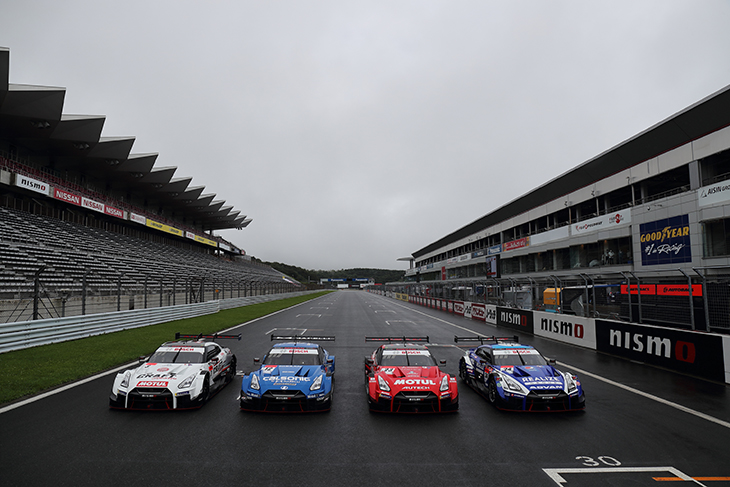 Nissan and NISMO will announce their 2021 Motorsports Activities on 13 February, to kick off a motorsports fan event that will be streamed live from the Nissan Gallery in Yokohama.

Nissan has already confirmed their 2021 GT500 drivers, including the addition of Formula 2 standout Nobuharu Matsushita. This announcement is expected to reveal more details about their GT500 programmes from their four teams, as well as reveal details of their GT300 customer racing efforts with the Nissan GT-R NISMO GT3.

The announcement will take place at 11:00 JST from Nissan’s official YouTube channel.

This Sunday, sixteen cars made their way to Fuji Speedway to be the first to test the new Hankook tyres that will debut in the 2021 Super Taikyu Series.

Among the 16 cars that took part in the tyre test this week, there are also a number of intriguing new vehicles that are expected to race in the ST-Z (FIA GT4) class this season.

The Toyota GR Supra GT4 has already raced in Super Taikyu as a pre-homologation prototype, and it looks as if the first homologated GR Supra GT4s will race in 2021 through a handful of strong customer teams.

Defending ST-4 class champions C.S.I Racing, and 2019 ST-4 champions Hayashi Telempu Shade Racing, were testing their own GR Supra GT4s at Fuji for the first time. So too were Hiroshima Toyopet Racing, who raced in ST-5 last season.

Newcomers Comet Racing, who were a late scratch from this year’s Dubai 24 Hours, tested their Mercedes-AMG GT4 (pictured) that is being prepared by the CarGuy Racing garage. Comet Racing were formed last autumn, around a number of young executives turned gentleman racers – but will have pro drivers such as Naoki Yokomizo and Kei Cozzolino to support them this season.

Porsche Team EBI, who last competed in the 2019 Porsche Sprint Challenge Japan, brought their Cayman GT4 to the test as well. 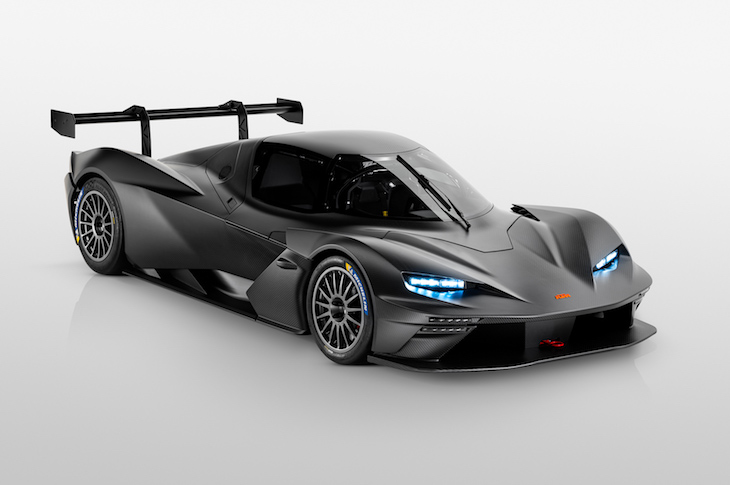 KTM Cars Japan have competed in ST-Z since 2019, this weekend, they brought a new car to the track, the X-Bow GTX. The X-Bow GTX/GT2, which was launched last autumn, was registered as an ST-1 class vehicle.