V8 Racing have confirmed Thijmen Nabuurs and Jop Rappange as their first GT4 European Series driver pairing for the 2021 season.

The Dutch Silver Cup contenders are back for a second season together in the V8 Racing Camaro GT4.R after scoring six podium finishes on their way to fourth place in the Silver Cup standings in 2020.

V8 Racing’s team manager Francesco Pastorelli is happy to have signed Nabuurs and Rappange for the upcoming season. “Both Thijmen and Jop have shown that they can match anyone’s pace in the championship, even without a lot of experience. They have a lot of potential.”

“As a team, we have also worked hard and incorporated the lessons we learned last year, based on the drivers’ feedback and I’m confident we’ve also made significant strides forward,” said Pastorelli.

For Nabuurs, it is the ideal foundation for further success. “Last year was all about learning, learning about the car, the championship and seeing almost every track we raced at for the first time. That will be completely different this time around so I’m confident we are going to have another very good year. We have to aim for the title in the Silver Cup and that is what I’ll be doing,” he said.

V8 Racing is currently working on its options to enter a second Chevrolet Camaro GT4.R, just as it did in 2020.

After a successful debut in the GT4 European Series at Paul Ricard last November, AKKA-ASP Team will enter three Mercedes-AMG GT4s in this year’s championship.

The team, founded by Jérôme Policand in 1999, will enter Mercedes-AMG GT4s in each of the three categories of the GT4 European Series.

Paul Ricard Pro-Am Cup race winners Jean-Luc Beaubelique and Jim Pla will continue to race together this season in all six rounds of the GT4 European Series, as well as the French FFSA GT Championship in the #87 Mercedes-AMG GT4. 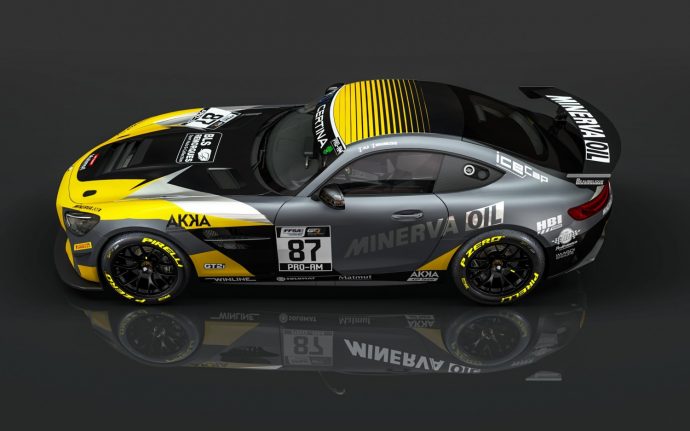 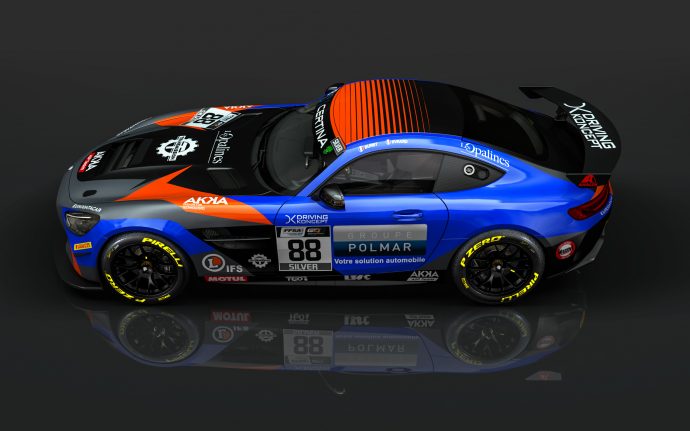 Completing the 2021 AKKA-ASP Team GT4 European Series lineups are Mauro Ricci and Benjamin Ricci in the #61 Mercedes-AMG GT4. They will race together in the Am Cup.

CD Sport is set to return to the GT4 European Series this season with a pair of Mercedes-AMG GT4s.

The French squad, co-managed by Claude Degrémont and Laurent Cazenave, announced its plans to enter the Silver and Pro-Am Cup of the championship.

2020 Ligier European Series champion Sébastien Baud will join Enzo Joulié to form one of the youngest driver pairings on the grid this season.  Baud is 20 years old, while Joulié graduates from F4 to GT4 at the age of 16.

In addition to the GT4 European Series Silver Cup entry, the duo will also compete in FFSA GT GT4 France at the wheel of the #74 Mercedes-AMG GT4.

“I really liked Laurent [Cazenave] and everyone in the team, for the atmosphere, the approach and the winning mentality! GT4 will be an important stage in my sporting project,” said Sébastien Baud. “The two days of tests we carried out in January showed good chemistry with Enzo and we’ve already set some very good times. We’ll be aiming for the very first places!”

“I was mainly looking for a good team-mate. With Seb, we get on well and we complement each other,” added Enzo Joulié. “The team, with Jean-Noël Le Gall, Claude Degrémont and Laurent Cazenave, reminds me of the spirit we had in karting, family and very professional at the same time with a huge motivation. The Mercedes is fast everywhere, no bad surprises to expect.”

“With these two very good young people, we are starting a new cycle, as we were able to do with Arthur Rougier and Edouard Cauhaupé in 2019,” commented Laurent Cazenave. “We’re first going to help them learn the trade and enter into professionalism. With two championships on their programme, the apprenticeship will be faster.”

CD Sport’s second car is set to race in the Pro-Am class, with Jean-Ludovic Foubert sharing the #2 Mercedes-AMG GT4 with Hugo Chevalier, who raced the CMR Bentley Continental GT3 in the GT World Challenge Europe Powered by AWS Sprint Cup in 2020, as well as the Orange 1 FFF Racing Team Lamborghini Huracan GT3 Evo in last year’s Total 24 Hours of Spa. 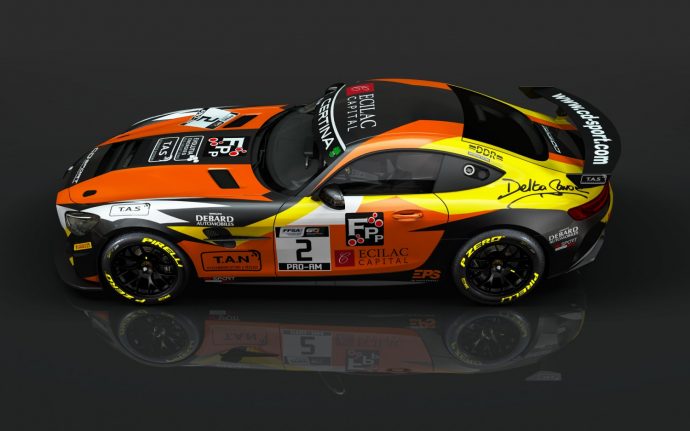 “GT4 offers an excellent budget/benefit ratio. It’s probably the category I needed at this stage of my career,” said Hugo Chevalier. “Laurent [Cazenave] and I have been discussing the idea of GT4 for two years now. Today, I’m going to be able to race in Pro-Am at European level with a very good team-mate who is as motivated as I am! We have the same ambitions.”

“I discovered the GT in France in 2020 and today I want to go further, by also taking part in the European series,” added Jean-Ludovic Foubert. “For the moment, I’ve only been able to talk on the phone with Hugo. He has raced in beautiful categories. I have no pressure, I’m not worried, I love racing and I feel at home at CD Sport!”

“I am convinced that Jean-Ludo is at the level of the best Am riders. This double programme can only strengthen him,” said Laurent Cazenave. “In GT4 Europe, Jean-Ludo will be with Hugo who is one of the most talented drivers of his generation. We will undoubtedly be able to aim for the final podium in both championships.”