KPAX Racing was the dominant team in the first round of the 2021 GT World Challenge America season with their pair of Lamborghini Huracan GT3s proving to be unbeatable in the two-race weekend at Sonoma.

Andrea Caldarelli and Jordan Pepper in the #3 Lamborghini Huracan GT3 won both of the races with their teammates Corey Lewis and Giovanni Venturini scoring two second-place finishes. In race one, Caldarelli and Pepper cruised to victory, lapping everyone but their teammates in the process. The next-best Pro car in Race 1 was the #96 Turner Motorsports BMW M6 GT3 of Michael Dinan and Robby Foley who finished two laps down in ninth.

Despite the relative easiness for the team, Caldarelli described the weekend as simply a test for the team who are still getting in tune with their new Lamborghinis.

“This weekend was sort of a test for us, it was the first race of the season after just receiving the cars. We knew we were going to be competitive despite not having any expectations, we just tried to run smoothly with no mistakes, and the results speak quite well,” Caldarelli said.

George Kurtz and DXDT Racing took home the win in both races of the newly formed GT America series. The multiclass GT3 and GT4 series with single drivers and short sprint races saw a relatively healthy 19 entries on the weekend. 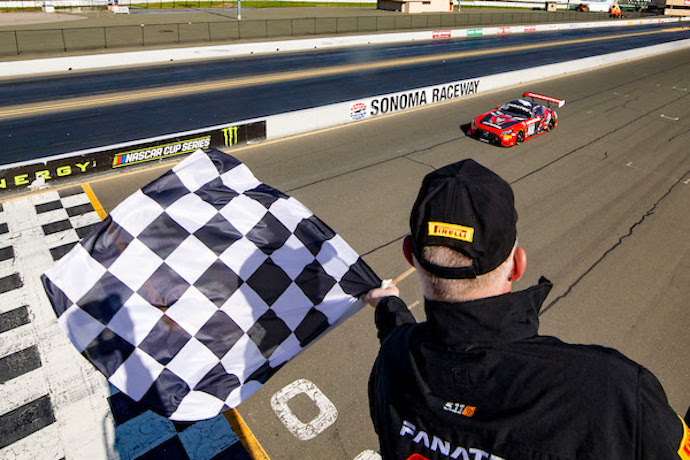 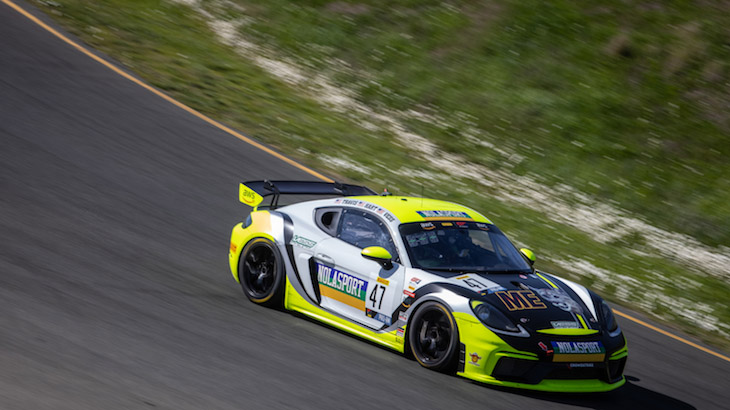 Other notable finishers in GT4 America included Aurora Straus and Christina Nielsen, the first all-female lineup in SRO competition. They ended Race 1 in last after early contact left them with a damaged radiator. The duo faired better in Race 2, though, ending the race fourth in the AM class.

Top IMSA names like Spencer Pumpelly, Jeroen Bleekemolen, Bill Auberlen, and Ryan Eversley were also in the GT4 America races with the majority of them finishing somewhere in the mid-pack across the two races.