Whilst there has been no official announcement, DSC has learned that the Alpine F1 team will demonstrate a car during the 2021 24 Hours of Le Mans race week.

That’s a very significant opportunity for the Renault-owned team that won last weekend’s Hungarian Grand Prix with a first F1 win for Esteban Ocon, one that normally would not be offered by race organisers the ACO.

The current Alpine Hypercar effort, based around a grandfathered Rebellion R13 Gibson LMP1, rebranded as the Alpine A480, is currently only guaranteed eligibility to compete in the FIA WEC (and at Le Mans) in 2021, and is unlikely to be approved for a second season without a future commitment. 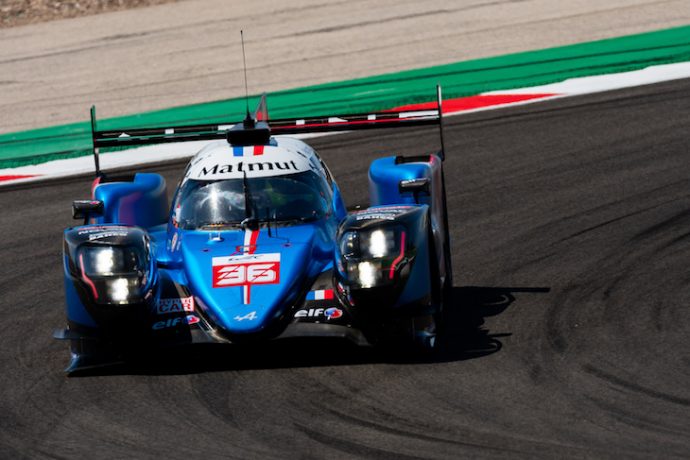 The Signatech team operating the 2021 programme, together with representatives of the Alpine brand, have been providing regular updates to senior Renault management on their progress with a view to securing a commitment to a future Hypercar programme with either an LMH or LMDH car, with 2023 their targeted date.

The soon-to-be-publicly confirmed appearance of the Alpine F1 car on-track indicates strongly that there is further off-track activity expected from Alpine at Le Mans, the ACO not normally open to any brand being allowed to exploit their Blue Riband event without commitment to its future.

Any Alpine F1 demonstration is most likely to be undertaken with an older (rebranded Renault) car due to testing/ filming day restrictions and is unlikely to see a full lap at full speed permitted.

There is a suggestion too that both current Alpine F1 drivers will be in attendance though whether it will be recent GP-winner Ocon, or team-mate and Le Mans winner Fernando Alonso at the wheel for the demo run is not confirmed.

It will though be the first time for many years that a near-contemporary F1 car has run on the Le Mans Circuit, site of the first ever Grand Prix race in 1906, won by Hungarian Ferenc Szisz in, appropriately, a Renault with the 1967 French Grand Prix held on the short ‘Bugatti’ circuit, won by Jack Brabham’s Brabham-Repco.